Is every cat owner in the EU a potential criminal?
Katherine Berjikian 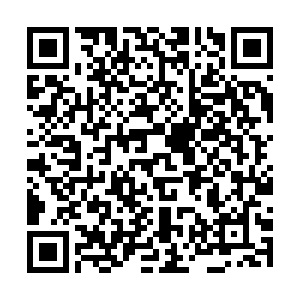 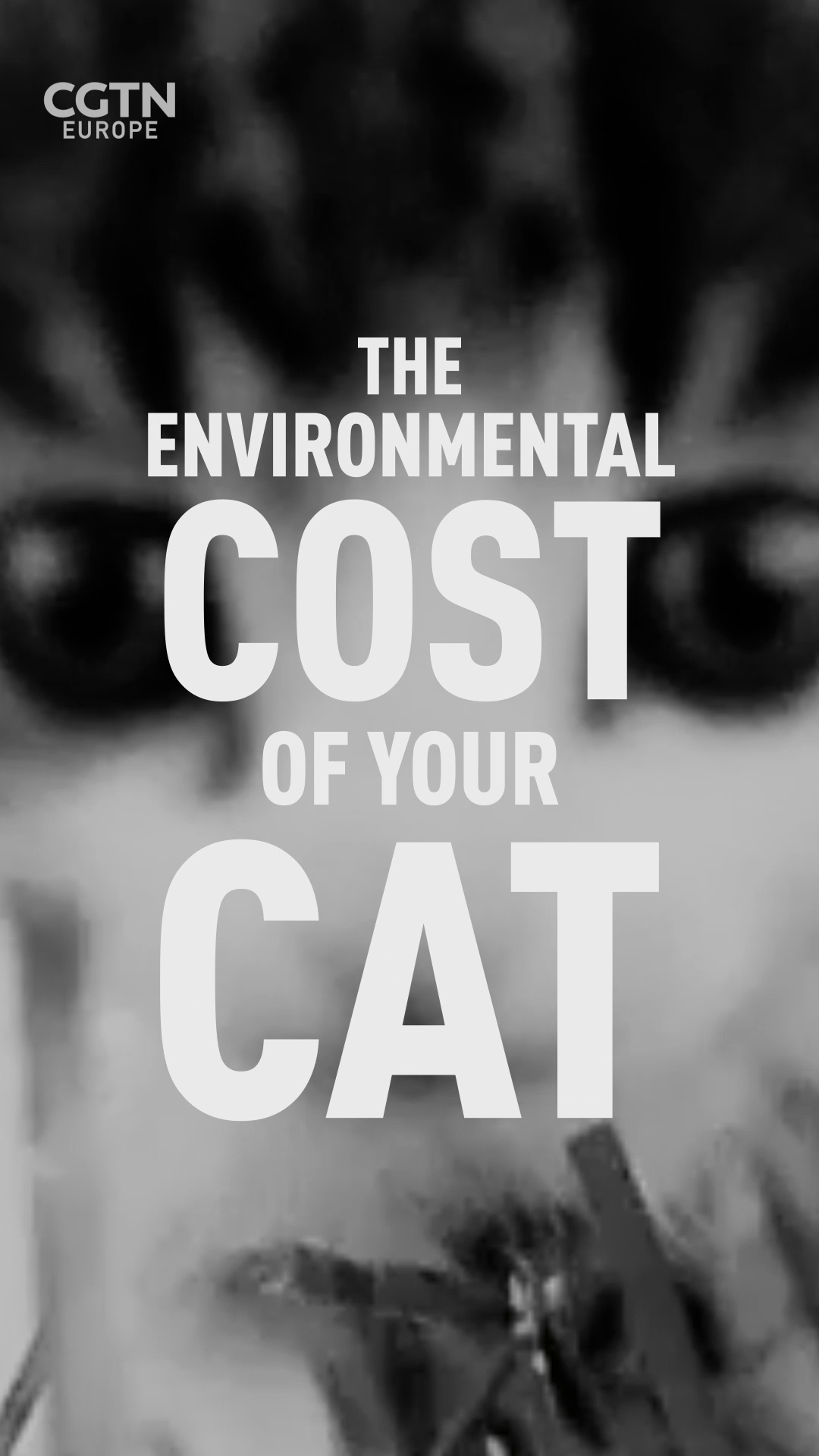 When two environmental lawyers in the Netherlands wrote an article about the effect of cats on biodiversity in the EU last month, politicians and journalists responded with outrage. In their article published in the Oxford Journal of Environmental Law, the lawyers suggest that cats, which are one of the leading causes of death for birds in some countries, and their owners are violating EU environmental law.

This report was misquoted in several newspapers in the Netherlands, which resulted in a story about the EU planning to force residents to put their cats on leashes. The European Commission even had to deny the accusation.

"The Commission is a strong defender of free movement rights – including of cats," said Enrico Brivo, an EU environment spokesman.

Arie Trouwborst, one of the environmental lawyers in the Netherlands responsible for the report, told CGTN: "In the press, this story was picked up really quickly and was summarized in ways that would suggest that the EU had come up with an entirely new plan, or proposal, to make it obligatory for cats to go out on leashes and otherwise stay indoors.

What is the law? 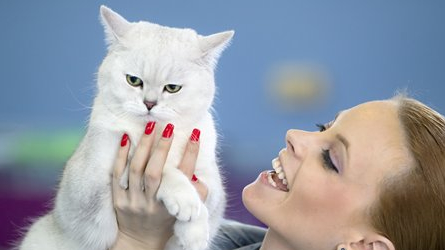 There are an estimated 74.4 million cats in the EU, according to the European pet food industry (Credit: AP/ Vadim Ghirda)

There are an estimated 74.4 million cats in the EU, according to the European pet food industry (Credit: AP/ Vadim Ghirda)

In their article, Trouwborst and Han Somsen argued that by failing to prevent their pets from killing wild animals, owners were in fact breaking the law.

Cats, they said, should be considered under already existing EU directives to protect native bird species, specifically Article 12 of the Habitats Directive and Article 5 of the Birds Directive.

Article 12 says EU member states must implement "concrete and specific protection measures" to ensure native bird species' safety. Trouwborst said in his article that "meeting [these] requirements would evidently entail taking measures to deal with threats posed by domestic cats where they arise," and prevent the deliberate harming of protected species.

Furthermore, a previous decision from the European Court of Justice (CJEU), regarding destruction of habits during bike racing in Cyprus, established that unintentional killing of animals would also fall foul of the rules. 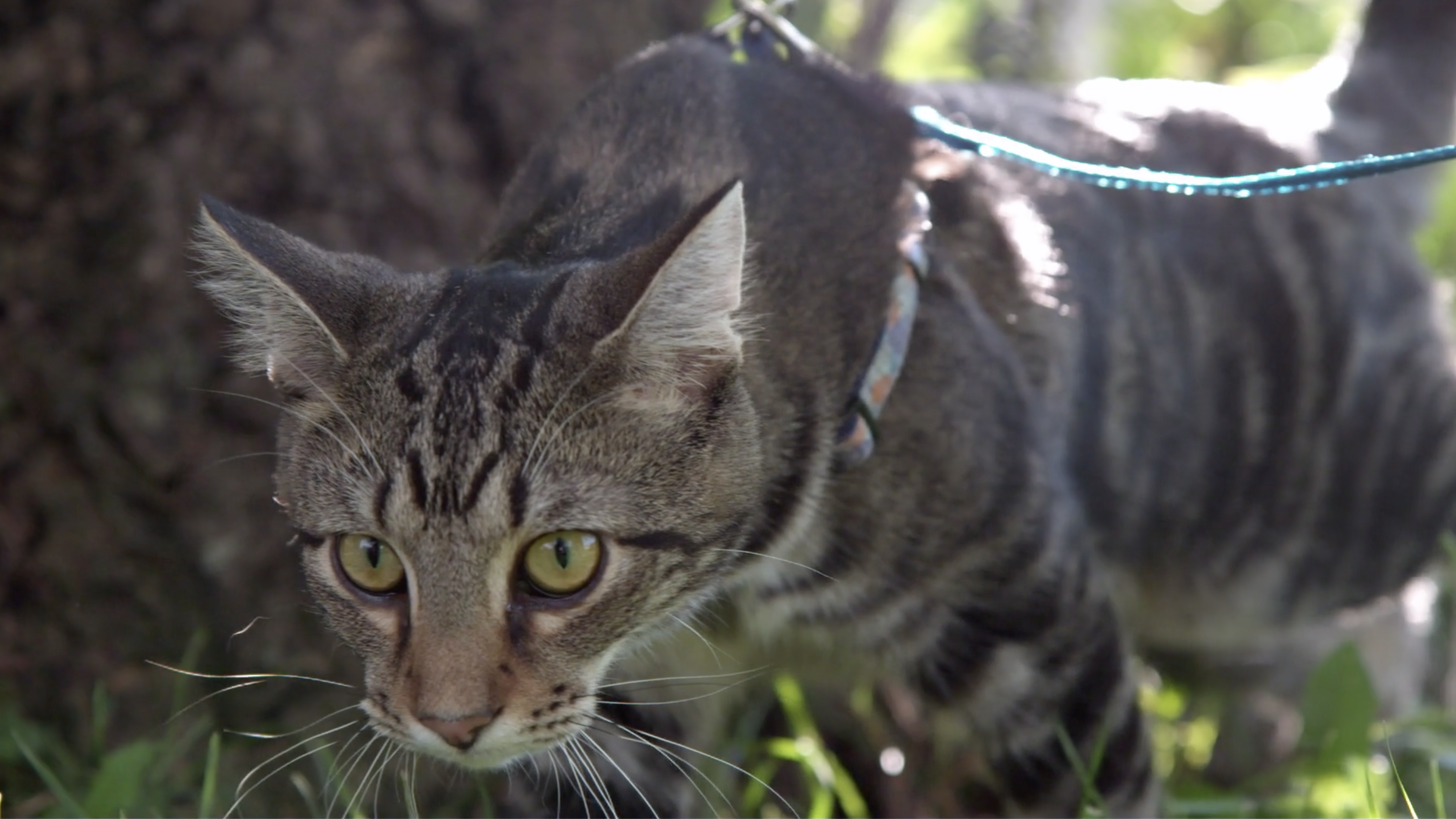 Leashes can cause cats to become stressed and agitated, according to the UK's RSPCA (Credit: CGTN)

Leashes can cause cats to become stressed and agitated, according to the UK's RSPCA (Credit: CGTN)

If this regulation was applied to member states, "that would result in a landscape without cats, basically. At least for cats that are roaming about without the control of their owner," Trouwborst said.

However, some countries, including the UK, have specific legislation permitting cats to wander freely and Trouwborst acknowledged that the general public would most likely be against implementing these kinds of restriction on cats. In Europe, there is a "predominant" opinion that it is in cats' best interests to let them roam free, he noted. While in other places, such as the US, that is not the case.

What is the impact of cats on biodiversity? 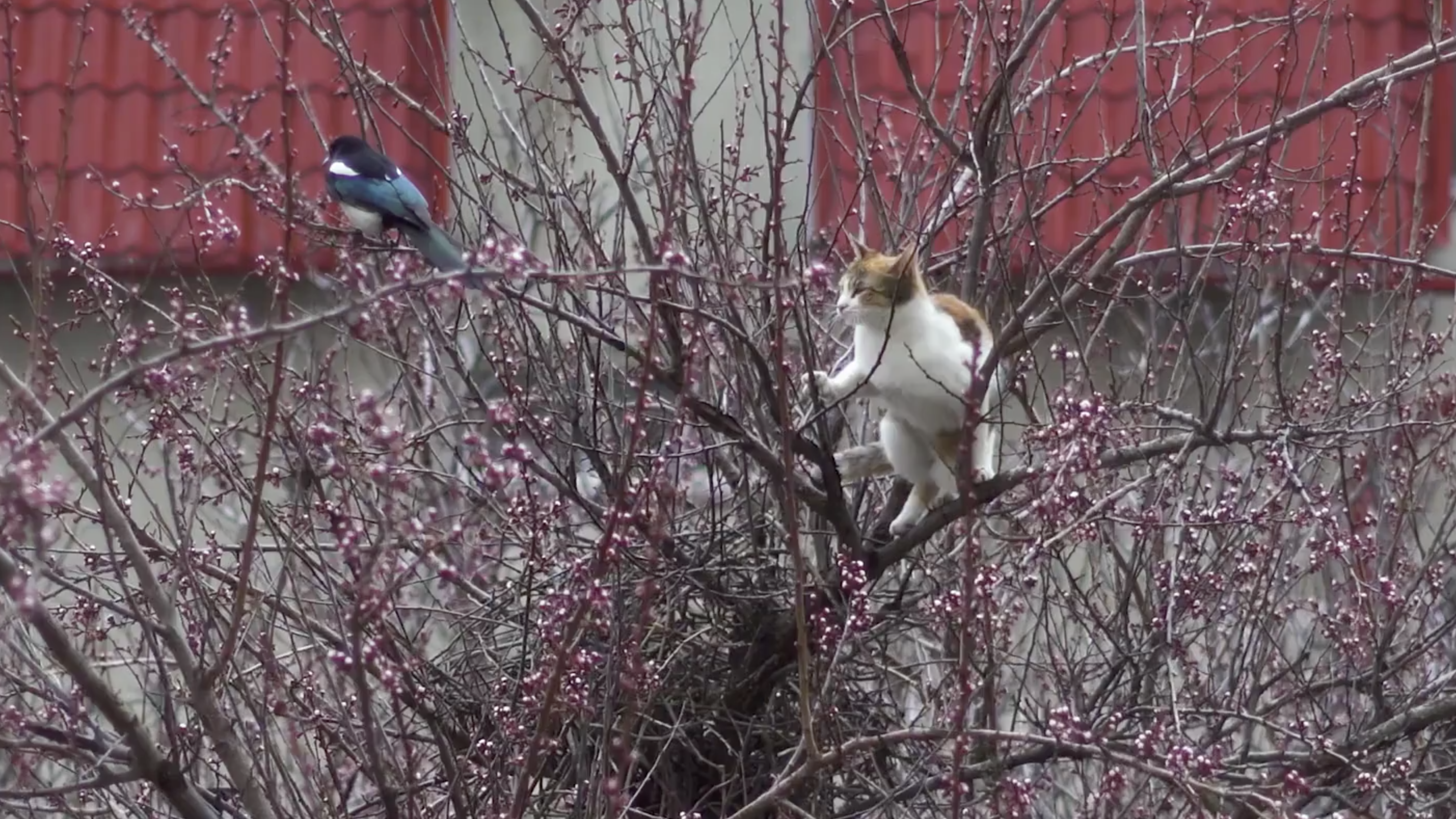 In 1894, a woman brought a cat to Stephens Island off the southern coast of New Zealand. Within the year, that one cat had made the Stephens Island Wren extinct. (Credit: CGTN)

In 1894, a woman brought a cat to Stephens Island off the southern coast of New Zealand. Within the year, that one cat had made the Stephens Island Wren extinct. (Credit: CGTN)

It is no secret that cats have a negative effect on biodiversity. The Australian government plans to kill 2 million feral cats by 2020 because they were the leading cause of death for 22 now-extinct animals, and they kill around 1 million birds every day.

In 2017, a council in Queensland, Australia even offered a bounty of $10 for the scalp of a cat and $5 for the scalp of a kitten to keep the feral cat population under control and try to prevent them from hunting native wildlife.

In Hawaii, cats are one of the reasons the Hawaiian Petrel is endangered. And in the wider US, cats are the leading human-related cause of death for birds, with one estimate of the number of deaths reaching 3.7 billion every year.

By comparison, the second cause of death for birds, window collisions, kill around 988 million birds every year.

These numbers make cats the third most dangerous alien species to threaten vertebrates in the world. And it is not only former settler colonies that have this problem.

Trouwborst said: "You would have to weigh the interest of a cat in roaming free with the lives of 10 or 20 birds a year." 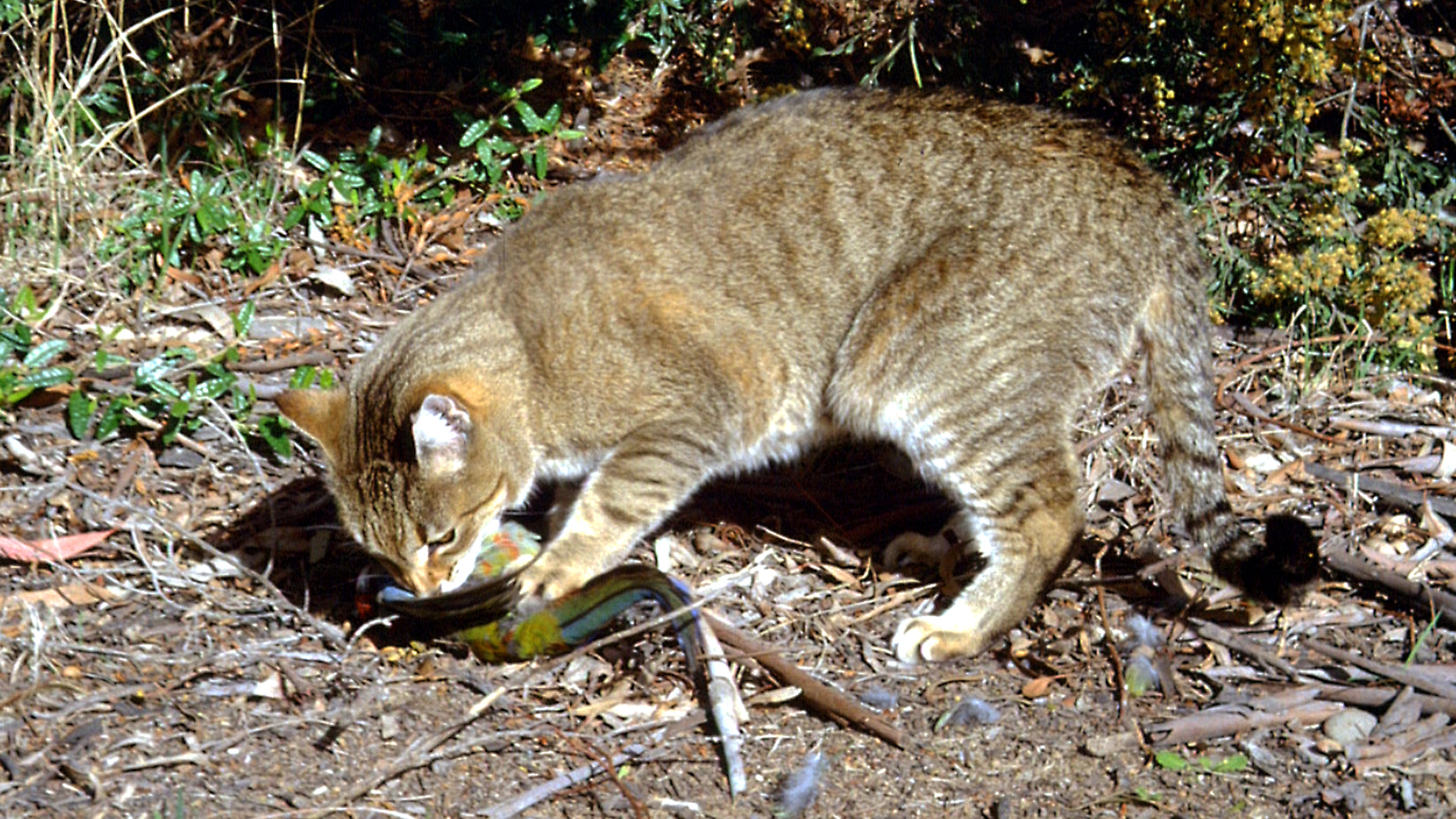 Cats threaten 100 native species in Australia, according to the department of Environment and Energy. (Credit: AP/ Department of the Environment, C. Potter)

Cats threaten 100 native species in Australia, according to the department of Environment and Energy. (Credit: AP/ Department of the Environment, C. Potter)

In Poland, cats kill 136 million birds every year. A survey in the UK found that over five months, domestic cats will kill and bring into people's homes 57 million birds, making the actual number of birds killed in the UK much higher.

What can you do?

To prevent feral cats from attacking wildlife, some cities in the US and Europe have attempted to sterilize their stray cat population to decrease their numbers. However, Trouwborst argued this may not be the most effective way to solve the problem.

He said:  "None of [these policies] are very effective because you trap and release cats and you would have to do that to all the cats for the population to keep them from growing.

"And meanwhile, until each cat dies, they will keep chasing wildlife, so it doesn't solve that problem either. And apart from that, there is the issue of the millions of pet cats that are allowed to roam outdoors by their owners."

However, there are some things cat owners can do on an individual level to protect wildlife. Dominic Digby-Harries, who has been working at a pet store for seven years, said: "I think the bell is the best prevention to alert birds and other animals that cats are around.

"But some cats are really crafty and they learn that they can put the bell underneath their chin to stop it from making noise and sneak up on animals, so the bell doesn't always work."

He added: "There's not much you can do other than keeping your cat indoors, cat-proof your garden, or walk it with a leash."