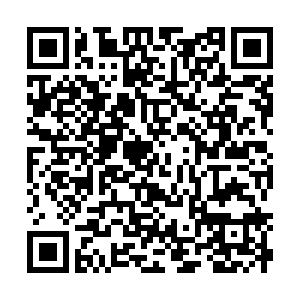 Ballerinas with the Paris Opera have found a novel way of protesting against working conditions - by staging a free outdoor performance witnessed by hundreds of members of the public.

The dancers performed part of Tchaikovsky's Swan Lake outside the Palais Garnier opera house, in front of banners saying "Paris Opera on strike" and "Culture in danger". The ballerinas have been on strike since earlier this month as part of a nationwide protest against Emmanuel Macron's plans to reform pensions.

The French president intends to incentivize French workers to remain in employment until the age of 64. Hundreds of thousands of protesters have marched to show their anger, and delaying retirement is particularly pertinent to professional dancers.

"We start classical ballet at age eight," said ballerina Heloise Jocqueviel. "At the end of our adolescence, we already have recurring injuries. Once you've reached 42 years old, you may already suffer from arthritis, stress fractures, hernias and, in some cases, titanium hips."

Male dancer Alexandre Carniato agreed: "What the girls have shown you on Swan Lake is 15 years of sacrifice - every day. To get to that, there's a limit, a compulsion. If you want to continue to see pretty dancers on stage, you can't go on until you're 64, it's not possible."

The widespread strikes have affected transport, education and refineries, as well as the arts - the Paris Symphony Orchestra and Comedie Francaise theatre are also boycotting work, and the Paris Opera estimates it has lost almost $9 million in ticket sales. Negotiations will continue in the new year.