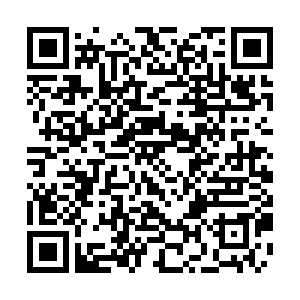 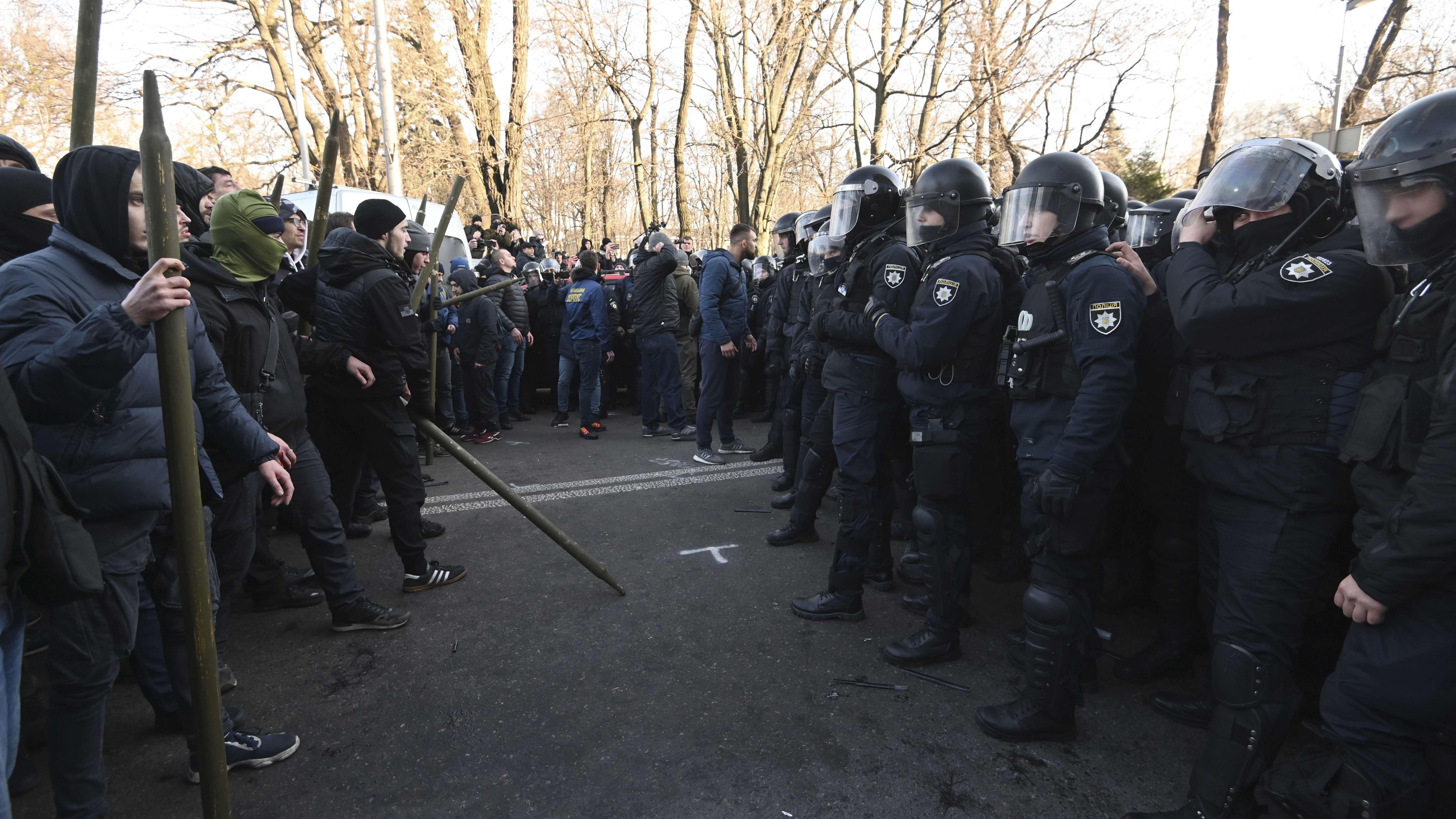 Plans to allow the sale of Ukraine's vast farmlands led to violent protests in Kiev, as protesters rallied against the prospect of foreign companies and individuals buying huge swathes of the fertile land.

At least 26 people were arrested when several thousand protesters descended on the Verkhovna Rada parliament building on Tuesday. According to Kiev's police, 17 officers were injured – two during clashes with demonstrators.

Ukraine has 32.5 million hectares of arable land, some of which is the most fertile on the continent. It is referred to as the 'breadbasket of Europe,' due to its capacity for growing crops.

What is the law?

The draft bill on the buying and selling of farmland was passed by Ukrainian lawmakers in November. If it passes its second reading, Ukraine's president Volodymyr Zelensky is expected to sign it into law.

During an address on Facebook, Zelensky urged that the "discussions about legislative initiatives shouldn't break the law." Adding that with the law "Ukraine will move towards a better life, despite the resistance of the old 'elites.'"

Land reform was one of Zelensky's pre-election promises and, if implemented, the law would scrap a 2001 rule forbidding the sale of farmland.

The draft law would allow anyone – including Ukrainians, foreigners and companies – to buy land if they have been using it for three years or more.

The scheme could significantly boost Ukraine's economy, one of the smallest in Europe. It has been backed by the International Monetary Fund and The World Bank, the latter estimating land reform could boost annual output by $15 billion, adding in a report that it would be the "most powerful measure the government can take to boost economic growth and job creation."

Who are its opponents?

Despite Zelensky winning the presidency by a landslide, his land reform proposal is unpopular. Various polls show a majority of Ukrainians oppose the draft law.

Debate around land reform has often become heated, with politicians resorting to impassioned nationalistic speeches to defend the prohibiting of farmland sales – which since 2001 has been extended by lawmakers 10 times. Politician Oleh Lyashko once ate soil on the parliament floor while defending the rule. 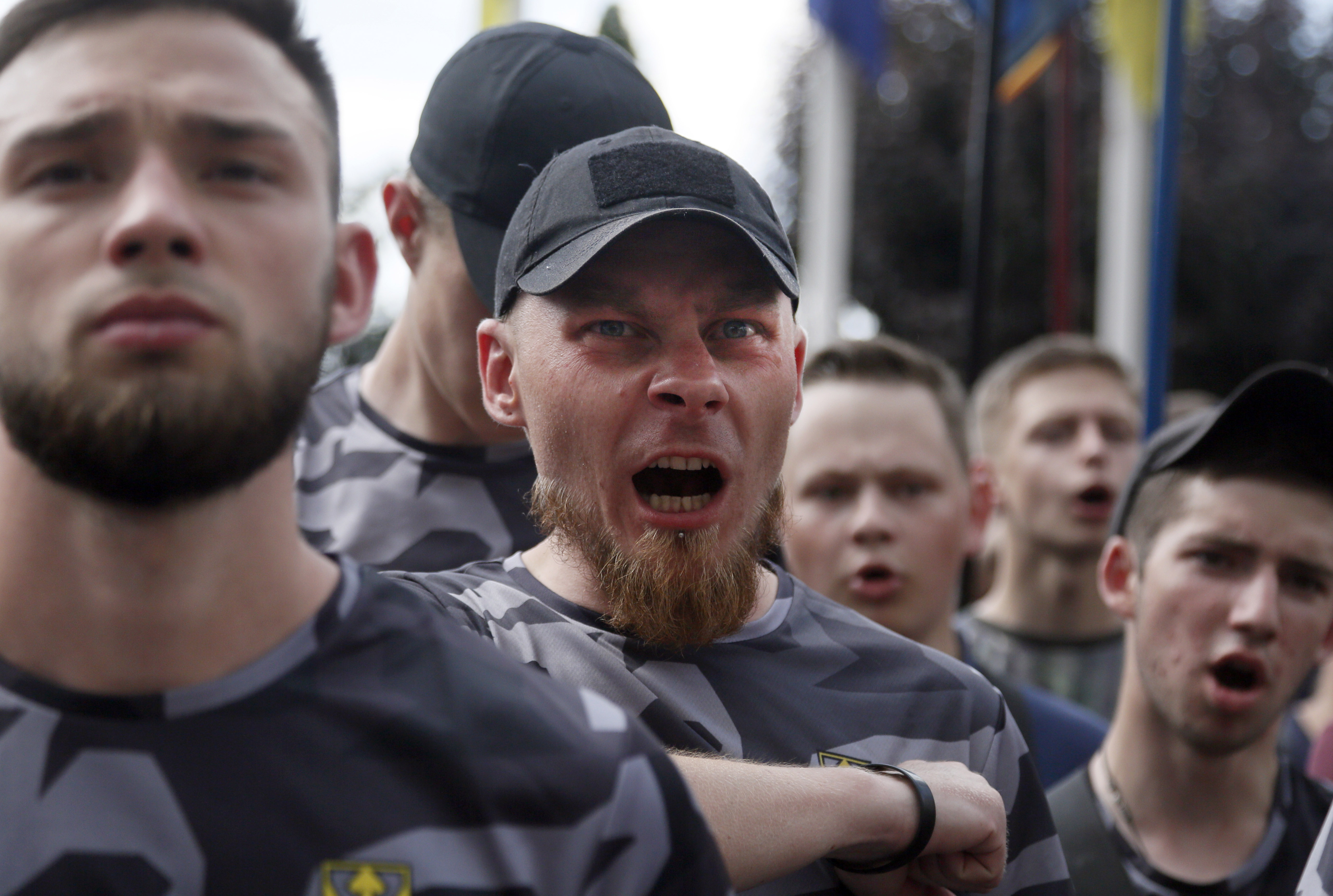 Many members of the Azov Battalion fought in Ukraine's civil war (Credit: AP)

Many members of the Azov Battalion fought in Ukraine's civil war (Credit: AP)

According to the Kiev Post newspaper, elements of Ukraine's various far-right movements also oppose the reforms – using anti-Semitic language to denounce Zelensky, who is Jewish. During a recent rally, the leader of the National Corps party, which has ties to the paramilitary Azov Battalion, stated that the "companies of the Rothschilds and Soros have already lined up to buy Ukrainian land."

In response to the opposition, Zelensky has vowed to hold a referendum on whether foreigners and companies with foreign capital can own land in Ukraine.