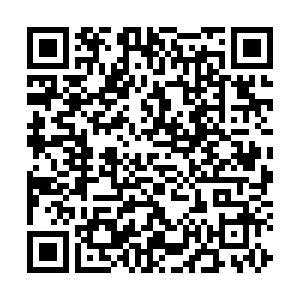 The mayors of (from left) Bratislava, Budapest, Prague and Warsaw gathered to sign the 'Pact of Free Cities.' (Credit: @karacsonygergely/Facebook)

The mayors of (from left) Bratislava, Budapest, Prague and Warsaw gathered to sign the 'Pact of Free Cities.' (Credit: @karacsonygergely/Facebook)

The mayors of Prague, Budapest, Bratislava and Warsaw have met in Hungary's capital to sign a "Pact of Free Cities," forming what they are calling a cultural and political alliance.

The capital city mayors have vowed to stand together in defense of a pro-EU urban electorate, which they say opposes their socially conservative national governments and favors green policies. The meeting was held on the former campus of the central European University, which was founded by billionaire Hungarian-American philanthropist George Soros.

The Free Cities Pact calls on the signatories to work together to tackle problems such as climate change, housing and social policy, and to promote democratic ideals, human rights and the rule of law.

On Instagram, Budapest's mayor Gergely Karacsony wrote: "Today, with the mayors of Bratislava, Prague and Warsaw, we are setting up a European Free Cities Alliance. We have a lot in common: in our cities and in the way we think. If anything, this is the beginning of a beautiful friendship."

In October, Karacsony said during a preparatory meeting: "We are going to make Budapest a bridgehead towards Europe."

Karacsony said the four mayors would advocate a pro-EU agenda at home and "city-tailored solutions" at the Brussels level, on issues such as the environment, employment and the economy. Prague is also looking to sign a sister city pact with Austria's capital Vienna.

Analysts have said the cities' initiative could help change the image of the four central European countries but have also warned it could widen the urban-rural divide in the member states.

The mayors say the European Union should bypass national governments and deal directly with the capitals, saying they can perform "miracles" in areas such as climate change.

The four leaders say their cities – all in the hands of parties not in national government – should not be made to suffer for policies that were not their responsibility.

Rafal Trzaskowski, mayor of Warsaw, said the cities contribute towards creating a disproportionate share of their countries' economic output but they also have an oversized carbon footprint. He said: "We have to allocate money to poorer regions so they catch up, but the cities are engines of growth. Governments that take money away from cities for political reasons hurt the entire region."

Zdenek Hrib, mayor of Prague, Europe's seventh-richest region, said the economic gauge that determines how much funding richer regions get should take into consideration aspects such as social development.

Budapest's Karacsony said: "The question is whether Europe can step out of its own shadow and do projects directly? Cities can do miracles in the areas of climate change and innovation. This makes the old adage of 'Think globally, act locally' especially acute."