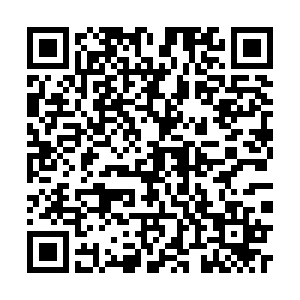 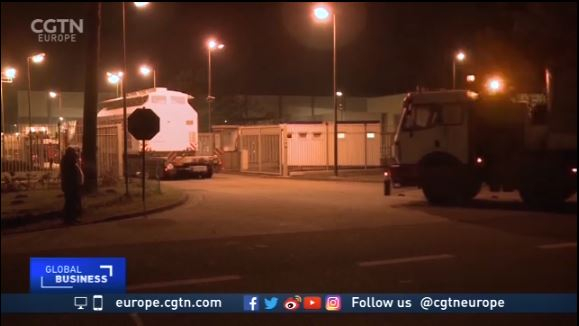 In the early 1980s, many of the world's largest economies were looking for an alternative to oil in the wake of a spike in global prices that left them vulnerable.

Germany was one of several countries that chose nuclear power as a viable option.

Several decades on, it has fallen out of fashion, to the point where the German government has now pledged to phase out nuclear power entirely by 2022. Getting rid of such a program, it turns out, is not so simple.

The story of the small north German town of Gorleben is intimately linked with the rise and fall of the country's nuclear plans.

It is currently home to 133 containers of radioactive waste, brought here on trains and then trucks since the 1980s. Once plutonium's productive life comes to an end, it can remain radioactive for hundreds of thousands of years. German authorities chose Gorleben as the ideal place to store it securely – it was relatively remote, and also close to the Cold War-era border with the East, in which direction the prevailing winds also blew.

If there were ever a disaster, the Soviets would bear the brunt. 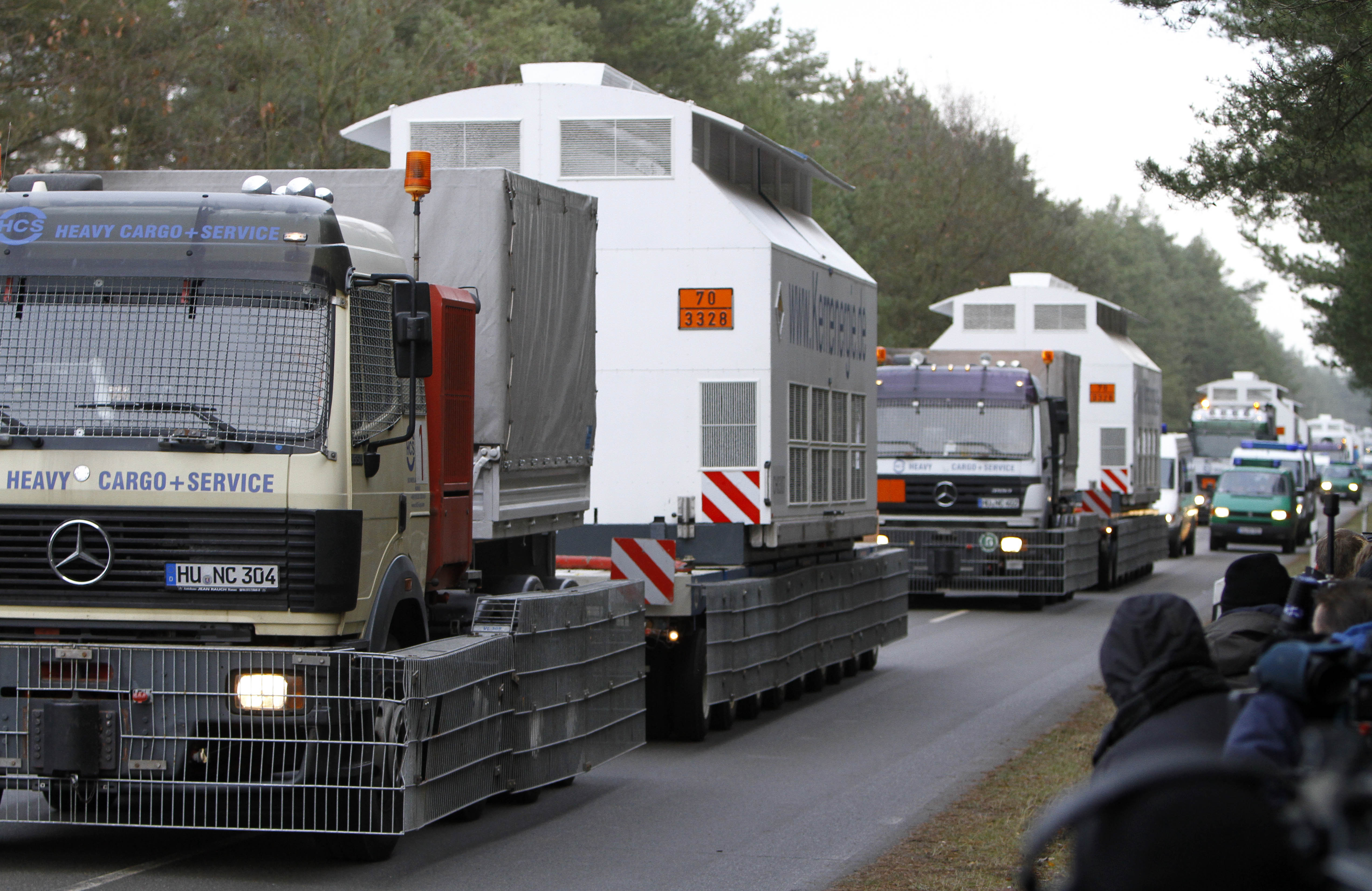 Protesters such as Wolfgang Ehmke spent decades opposing the country's nuclear plans. As a long-term resident of Gorleben, Ehmke was part of a movement that ultimately forced the German government to limit its ambitions for storing, and reprocessing, nuclear waste here. 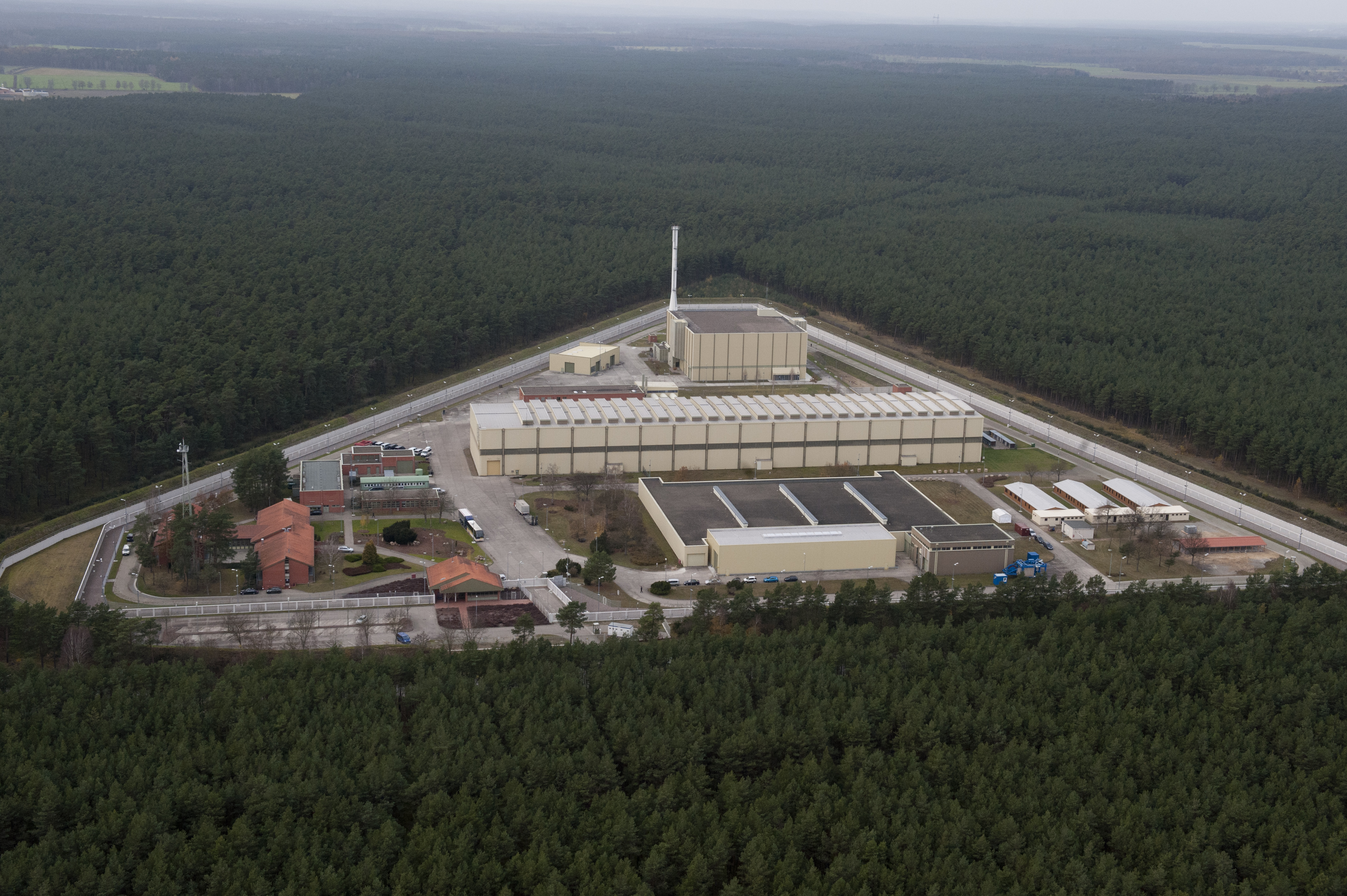 As Germany looks to shut down all its nuclear power plants by 2022, Ehmke's work is not yet done. The country needs somewhere to store the waste that will be left behind and Ehmke fears the government may have Gorleben in mind.

"They invested here about 2 billion euros [$2.2 billion]," he says as we walk to a site a few hundred meters from the current storage unit. We are looking at a salt mine that officials admit was long considered as a possible location for the longer-term storage of radioactive waste. No other sites in Germany have received such a high level of investment.

Across Germany, as plants are closed down, most of its remaining waste is currently kept on-site. That is only a temporary solution. Germany must decide what to do with it on a permanent basis.

Despite the investment that has gone into the salt mine, Ehmke says Gorleben should be ruled out as an option because the water content in the surrounding salt where the waste would be stored could mean that, if the waste were ever to leak, water could carry it much further.

So, the people of Gorleben say they will fight any expansion plans, just as they have in the past.

Resistance to nuclear power stretches back decades in Germany, to some extent inspiring a broader international movement of people who argued it was unsafe and that renewable sources should instead fill the energy gap. In the 1980s, Gorleben became a global focal point for protests, its successes a symbolic rallying cry to others around the world.

Now the German government is aligned with the protesters, in as far as both prefer a path of denuclearization. The body making sure the waste is stored safely long after all the plants are decommissioned is seeking to reassure the residents of Gorleben. 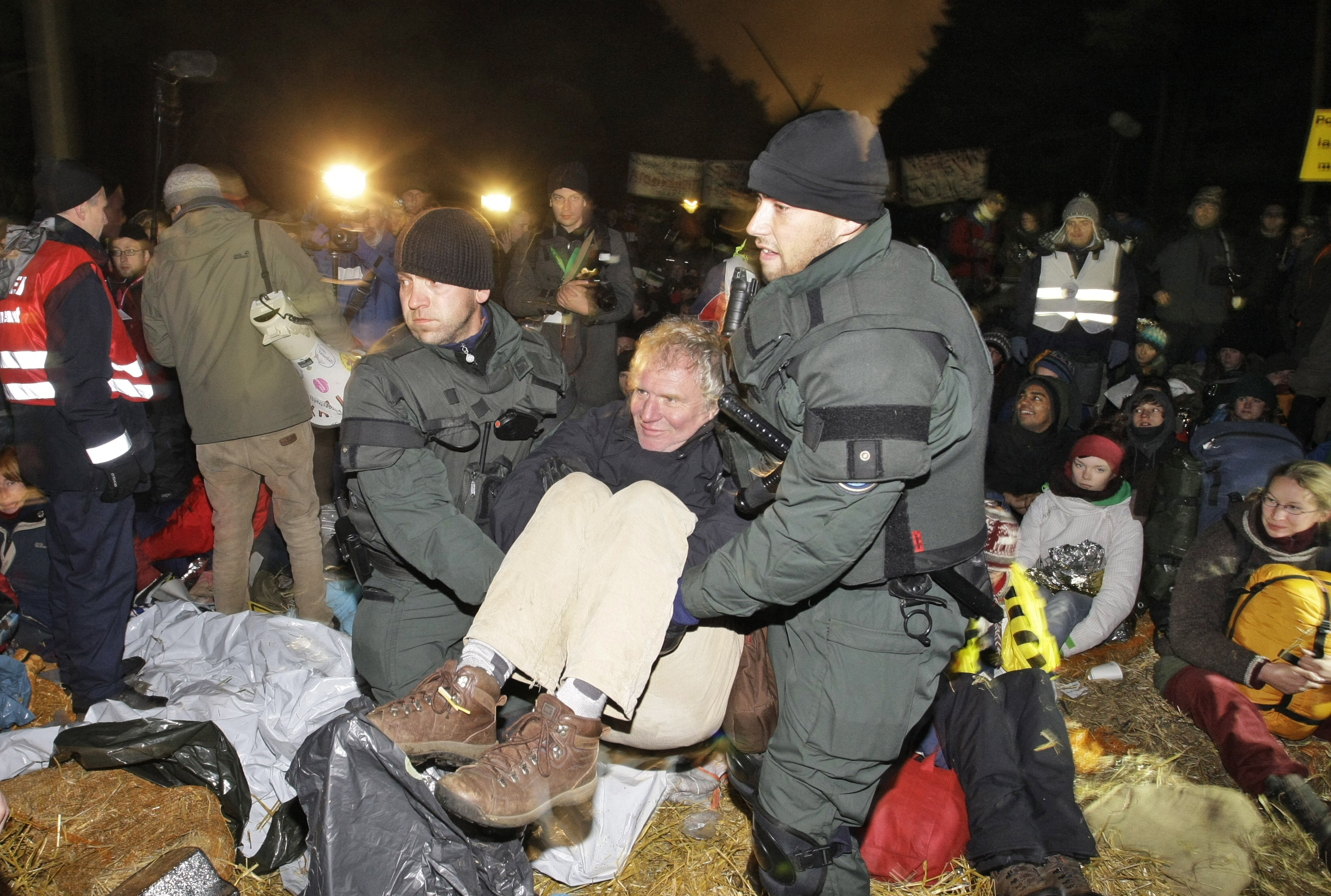 Police carry away demonstrators blocking a road close to the nuclear interim storage facility in Gorleben in 2010. (Credit: AP/Ferdinand Ostrop)

Police carry away demonstrators blocking a road close to the nuclear interim storage facility in Gorleben in 2010. (Credit: AP/Ferdinand Ostrop)

Florian Emrich, from the Federal Office for the Safety of Nuclear Waste Management, now admits skeptics' concerns about plans to make Gorleben a long-term storage location for nuclear waste may not have been entirely misplaced.

"People suspected that the criteria [for potential storage sites] were formed with Gorleben in mind, which obviously raises a lot of questions from a scientific point of view about whether this is the right way forward," he says when we meet at the body's offices in west Berlin. "What we're looking at now for the search process is that we implement the criteria, and from then on we look at the potential sites. Gorleben is a site which is on the map. It doesn't get better or worse treatment than any of the other sites."

In other words, if the rules were in the past rigged to suit the interests of the pro-nuclear camp, that would not happen again. Emrich says there will be no quick fix for Germany's nuclear waste storage dilemma. He believes it could take up to two decades to conclude the research needed to confirm the best location, or locations.

That may be the case, but a preliminary list of potential sites is due to be released in the back half of next year. The residents of Gorleben want their town taken off it.

Gorleben has finally gained what it sought for so long: An end to Germany's nuclear plans. And yet, in 2020, its residents say they will gather in protest again.

Germany may have decided to turn its back on nuclear power. Implementing that plan is also fraught with difficulty. 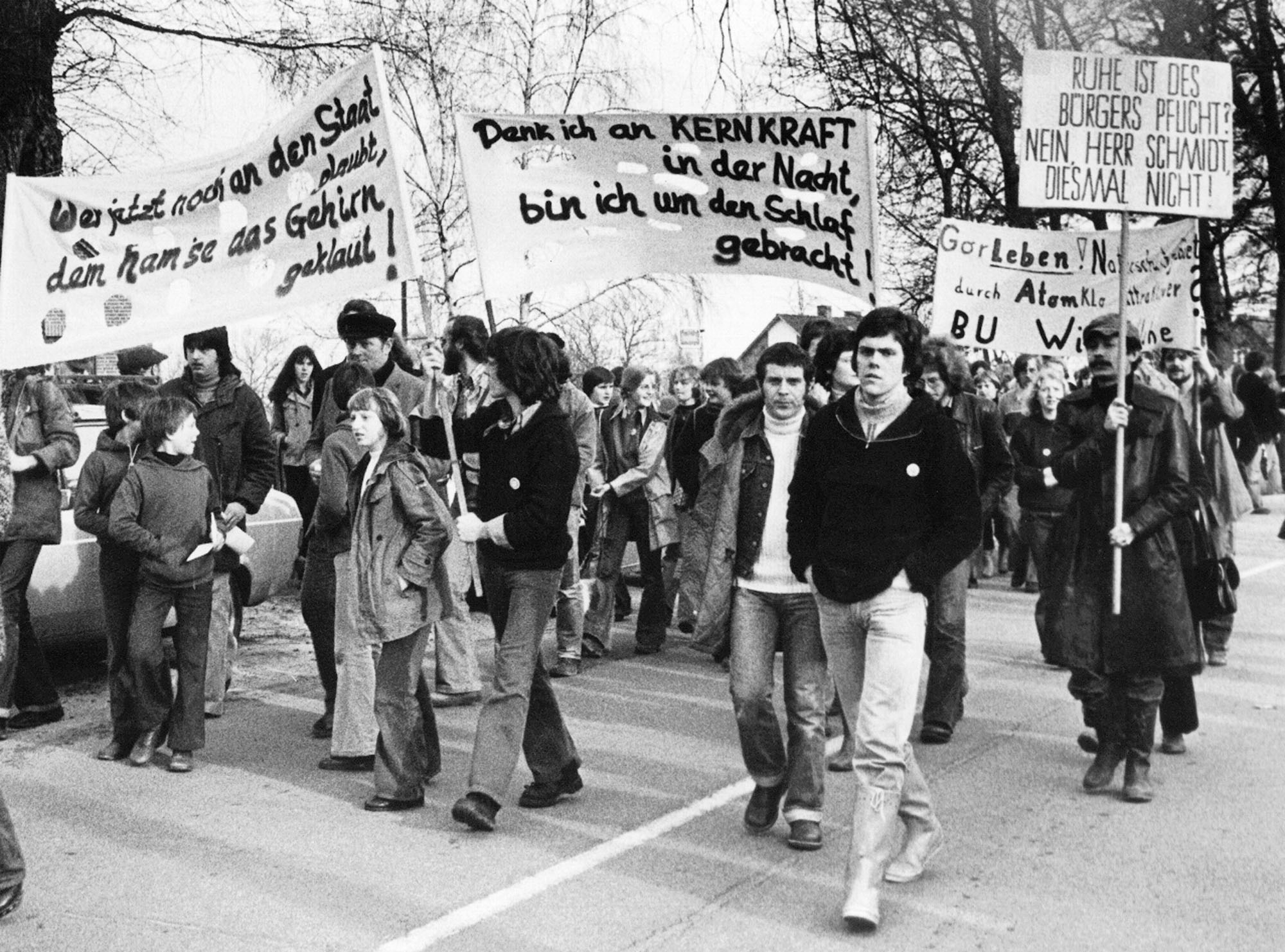 Anti-nuclear protests have a long history in Germany. In the 1980s, demonstrators opposed the planned nuclear waste deposit in Gorleben. (Credit: AP Photo)

Anti-nuclear protests have a long history in Germany. In the 1980s, demonstrators opposed the planned nuclear waste deposit in Gorleben. (Credit: AP Photo)