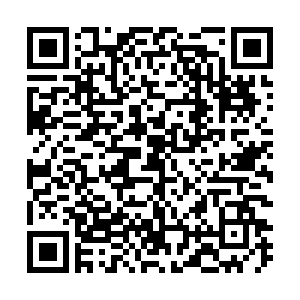 Lagarde takes over at the ECB

The European Central Bank's new president, Christine Lagarde, is set to hold her first meeting in the role on Thursday. The former head of the International Monetary Fund will outline her strategy as head of the bank. She is expected to maintain the policies of her predecessor, Mario Draghi – low interest rates and stimulus packages.

Lagarde will also issue the bank's latest economic forecasts. While the eurozone has staved off a recession in recent years, the EU has had little and slow growth, prompting the ever-low interest rate policy.

Climate change activists rallied outside the ECB, holding a banner reading: "If Earth was a bank you'd have rescued it." Lagarde has been touted as an advocate of the so-called "green finance" movement, although it is currently unclear what policies she may introduce to appease the protesters.

EU acts over US block on WTO judges

The European Union says it is taking measures to protect its trade interests in the ongoing row with the US over the shutdown of the World Trade Organization's (WTO) appeals body.

EU trade chief Phil Hogan said the bloc "cannot afford being defenseless if there is no possibility to get a satisfactory solution within the WTO." In anticipation of the end of the appeals body, the EU and Canada agreed on a new trade dispute resolution system as a temporary backstop.

Since Wednesday, the WTO's appeals body lost its ability to rule on new dispute cases, after the US blocked the appointment of new judges. Without having to worry about possible penalties, countries could use tariffs or be tempted to implement protectionist measures.

UK fashion retailer Superdry's first-half profit was almost wiped out as its new leadership sought to address what it regards as the missteps of the previous management.

The group, now led by co-founder and chief executive Julian Dunkerton after a boardroom coup in April, said it made an underlying pre-tax profit of 200,000 pounds ($256,600) in the 26 weeks to 26 October. This was a fraction of the 12.9 million pounds in the same period last year.

Revenue fell 11 percent to 369.1 million pounds, as Dunkerton attempted to tackle "legacy issues" across the business.

Häagen-Dazs is part of a portfolio of brands that will move to Froneri. (Credit: AP)

Häagen-Dazs is part of a portfolio of brands that will move to Froneri. (Credit: AP)

Nestlé has agreed to sell its US ice cream business to Froneri in a deal valued at $4 billion. It will move control of brands including Häagen-Dazs to a joint venture the Swiss group set up in 2016. Wednesday's deal expands Froneri's reach to the US and is expected to add $1.8 billion to annual sales.

"[We] are convinced that Froneri's successful business model can be extended to the US market," Nestlé's CEO Mark Schneider said, as quoted by Reuters.