Is vote-swapping the answer to fixing a broken electoral system ?
CGTN 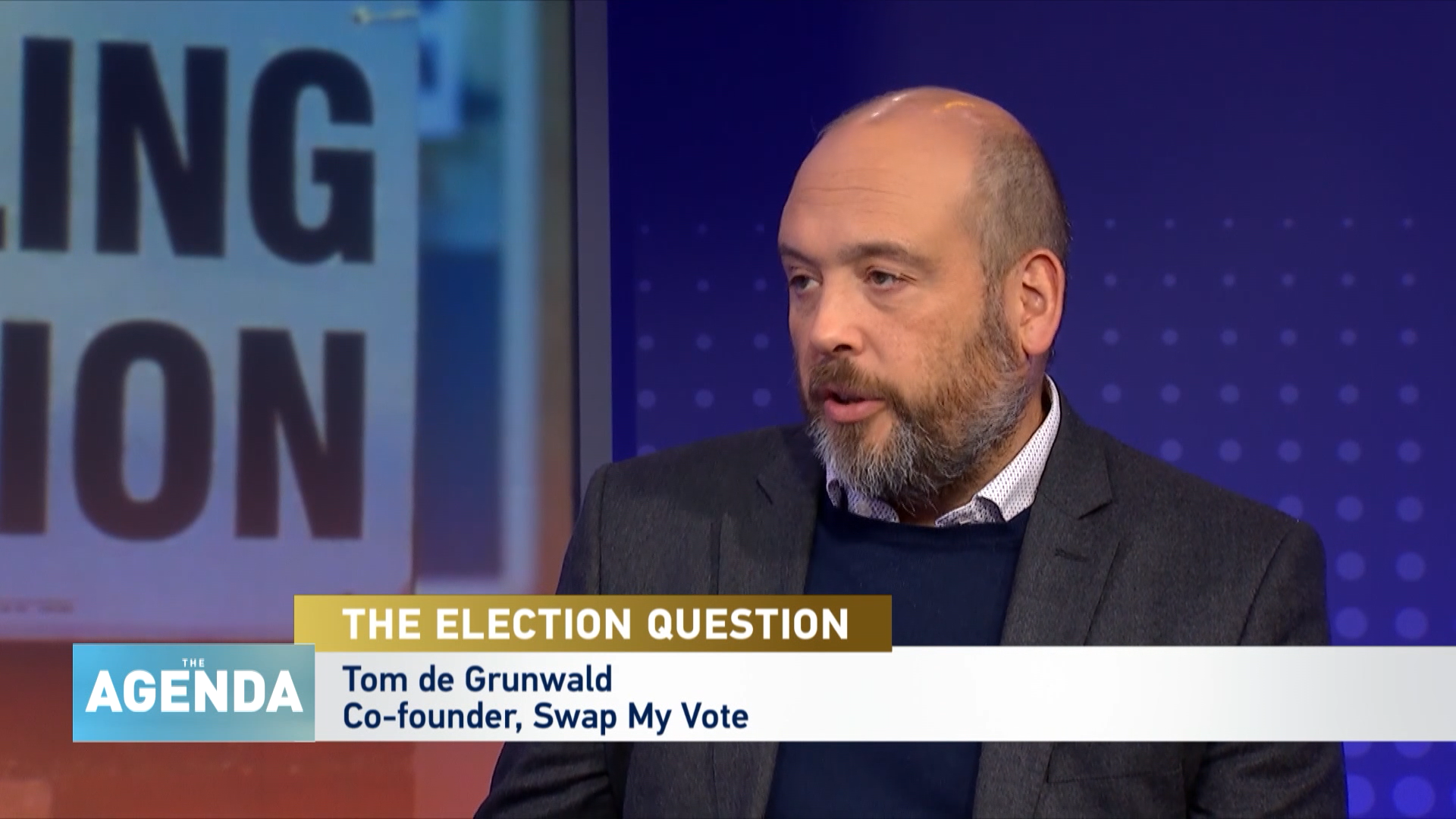 Vote-swapping is one way in which an increasing number of people are ensuring that their vote counts. That's when a voter in one constituency agrees to vote tactically for a candidate or party who wouldn't have been their first choice but has a greater chance of winning in that area. In exchange - a voter in another constituency will vote for the candidate or party the first voter supports where they actually have a real chance of getting elected. Tom de Grunwald, co-founder of Swap My Vote explains how exactly it works, and why people do it.