UK election at-a-glance: Brexit is back, and media spats ahead of debate
By Alex Hunt 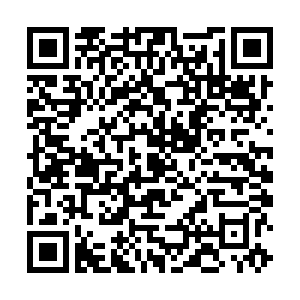 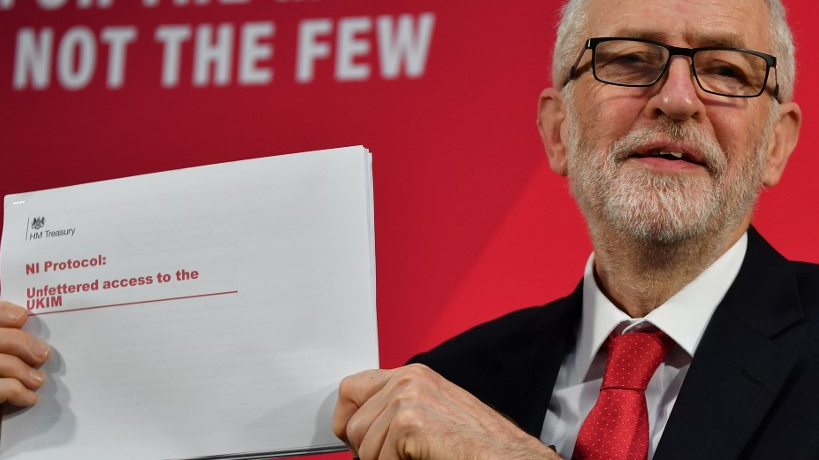 Jeremy Corbyn released a leaked government report which he said showed there would be customs checks between Northern Ireland and the rest of the UK under the Brexit deal negotiated by Prime Minister Boris Johnson. Johnson's main campaigning message ahead of next week's election is that he would "get Brexit done" before the end of January, ending years of uncertainty since the 2016 referendum.

Corbyn called Johnson's slogan misleading, and said the prime minister wanted Britons to vote without knowing the facts, saying the document showed there would be customs declarations and security checks, which he argued contradicted Johnson's claim there would be no border in the Irish Sea. Johnson responded to the claims by saying he had struck a "fantastic deal" and that Corbyn's claims were "nonsense".

In his own campaign appearance, as you can see from the picture below, Johnson said the Conservatives would get the country "out of neutral." 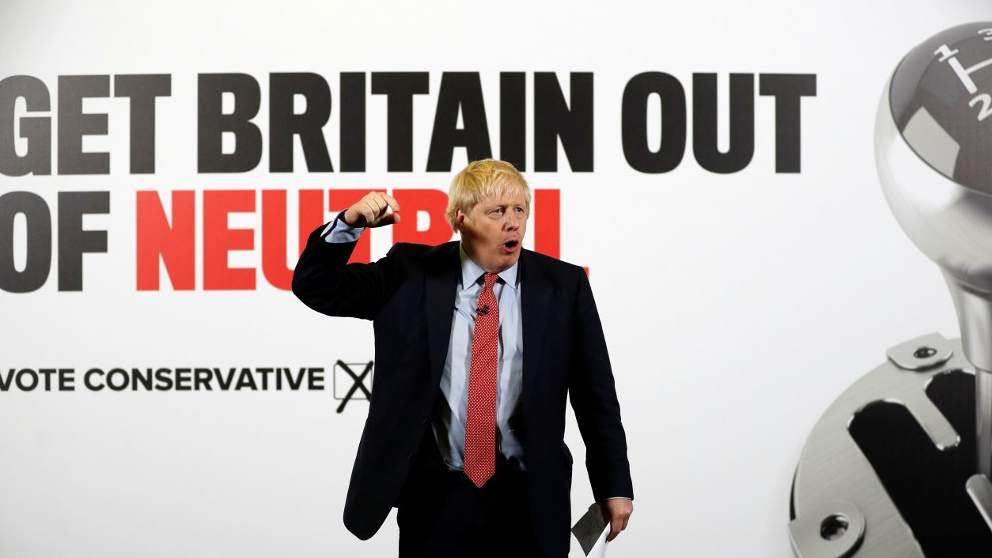 The main event: The television battle

The final head-to-head televised debate between Conservative leader Boris Johnson and Labour leader Jeremy Corbyn was taking place on the BBC on Friday evening, six days before the nation goes to the polls.

It is the second head-to-head TV debate of the campaign and comes as both sides have been stepping up their campaigning - with a subplot being a row between the Conservatives and the BBC over Johnson's refusal to face one of its most combative interviewers - Andrew Neil.

The latter decided to release a series of questions he would have put to Johnson about why voters should trust him. Neil's video has been watched more than four million times on Twitter and Corbyn obviously liked it - he posted his own version of the video on his official Twitter page.

Johnson later said that he had done 118 sit-down interviews with journalists and "we cannot accommodate everybody."

But even that BBC row was overtaken on Friday morning after Channel 4 reported Boris Johnson as saying, while talking about immigration, that he welcomed "people of color" coming to the UK. Channel 4 later apologized and said it had misheard Johnson, who had actually said, "people of talent". But in these days of social media the original phrase remained at the top of the trending topics.

But Conservatives get Brexit backing

The man who has been at the forefront of the Brexit campaign for more than a decade - Nigel Farage - has seen three of his Brexit Party MEPs (Members of the European Parliament) quit the party to urge people to vote Conservative in the election next week. Farage, who headed the UK Independence Party before founding, and leading, the Brexit Party to success in the UK's European elections, has seen the party's vote share squeezed during the current campaign.

The main issue is whether or not the Brexit Party is helping, or hindering, the chances of Brexit happening. Farage, who had been critical of Johnson's Brexit deal, decided not to stand in seats which the Conservatives won in 2017. But the rebels fear that by standing in so many other seats, they will split the pro-Brexit vote, and therefore reduce the chances of the Conservatives getting a majority and being able to see Brexit happen.

However, Farage says that his party is taking votes off previous Labour backers who want to see Brexit happen, and also getting the support of people who would otherwise not vote. He insists that although they are only registering 3 or 4 percent in national opinion polls, their support is higher in the places where they are standing.

But for the Conservatives, Brexit is an issue that can give, and can take. Former leader Sir John Major, who opposes Brexit, has suggested people should back those former Conservative MPs who left the party over Brexit - standing as independents this time around. 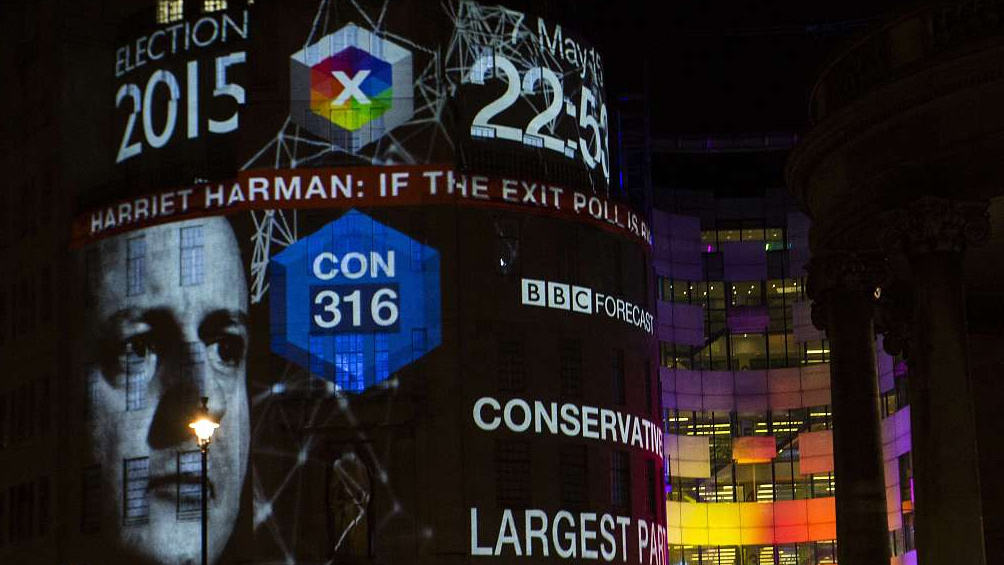 Voting on election day, 12 December, finishes at 22:00 GMT. At that same moment in the UK the big exit poll, shared between the nation's main broadcasters, will be published. This exit poll has invariably proved to be very accurate, and was the moment that people learned that Theresa May's Conservatives were not going to emerge with a majority in 2017. The only blot on their record was in 2015 where it predicted a hung parliament, rather than the narrow Conservative majority David Cameron achieved.

It is called an exit poll because it asks a selection of people in specially selected areas how they voted as they exit the polling station. It is generally credited with being more accurate than opinion polls because it asks people how they voted, rather than asking them at some point before election day how they planned to vote.