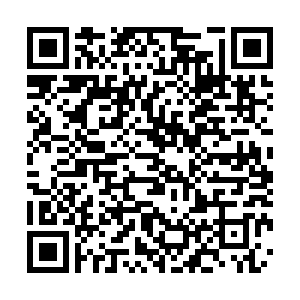 Social media platforms, first used to share videos of cats and unwanted updates from old school friends, have been transformed into vote-harvesting machines where political parties vie for your engagement. Digital is now the murkiest and potentially most effective battleground of contemporary electioneering.

Following the 2016 US Election and its subsequent fallout, which saw the FBI expose Russian election interference on social media, there's more focus than ever on digital electioneering.

In the UK, broadcasters are bound by strict election restrictions while digital platforms remain unregulated. Combined with the abundance of social media, that's giving Britain's political parties the opportunity to use tactics that would have been unthinkable several years ago.

In the last election in 2017 Labour thrived online, with its social media posts vastly out-performing its Tory rival's. The varying demographics are partly responsible:  Labour's voters are on average younger and more digitally engaged than their older Conservative counterparts.

The Conservatives have revamped their digital operation in a bid to address the issue. Weeks before the election was called, Sean Topham and Ben Guerin - both in their twenties- were hired to produce online content for the Conservatives.

Veterans of a successful right-wing campaign in the last Australian general election, Topham and Guerin have been credited with increasing Conservative engagement online by producing purposefully low-quality posts, with pop culture references. The tactic seeks to boost the reach of future Conservative social media posts.

The Conservatives' social media output has run into criticism,  especially on Twitter where the party changed its Twitter name and picture to 'Fact Check UK' in order to discredit claims made by Jeremy Corbyn during a debate with Boris Johnson. Twitter labelled the move "misleading" but didn't take any further action.

The tactics may have been deliberately controversial. For João Carlos Magalhães, a researcher at the LSE who examines the political implications of digital technology, the drive for engagement can create an "incentive for parties to create content that generates interaction which might translate into aggression and falsehoods."

The limits of Facebook's fact-checking operation were exposed recently when the company's CEO Mark Zuckerberg refused to say whether it took down false claims from politicians, during an exchange with U.S. Representative Alexandria Ocasio-Cortez.

To ban or not to ban?

For all the controversies on Twitter it has only 17 million UK users, compared with 37 million on Facebook, and the tactics rarely make the front pages or the broadcast news bulletins.

When Twitter stopped running political advertisements on its platform last month, the move was labelled as relatively insignificant. Twitter's reach is far exceeded by that of Facebook, which didn't follow suit.

Facebook is increasingly important for parties, allowing them unprecedented direct access to voters at whom they can micro-target political advertisements.

"The level of targeting afforded by the data collected by platforms is unprecedented," Magalhães explains, adding "In the UK, where so much of the election is decided in marginal seats, this possibility gives parties a powerful tool to rationalize how they use their resources."

A threat to democracy?

Magalhães believes that social media's effect on the state creates "institutional instability." Due to the structure of election campaigns and the media rules surrounding them, there was a "very high threshold for outsiders" to break into the political status quo before the advent of social media.

Platforms like Facebook have drastically lowered that threshold. "You need to have either loads of money to pay for ads or great propaganda skills tuned for the logic of engagement," argues Magalhães, "Instability arises from the fact that, now, outsiders can get access to state power in a way that, in the past, only armed revolutions would afford."

Jeremy Corbyn's initial election to Labour leader was largely credited to social media. For Magalhães that's only part of the explanation: Digital platforms "might have provided much of the social infrastructure for these wider transformations but they did not create them, at least not alone."

Jeremy Corbyn's rise to the Labour leadership was partly due to his sucess on social media (Credit: ASSOCIATED PRESS)

Jeremy Corbyn's rise to the Labour leadership was partly due to his sucess on social media (Credit: ASSOCIATED PRESS)

Despite criticism of social media Yasseri is hopeful. "Digital technologies can enhance our democracies through more open access to information and providing possibilities for easier and more direct participation by citizens."

"This is antithetical to their business model, of course...I think that things will get worse before they get better. This year's UK elections, and, mostly, 2020 US elections will likely demonstrate this."