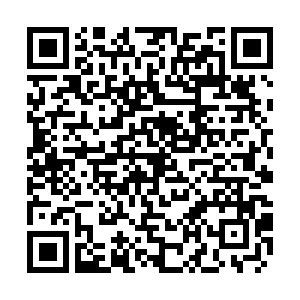 What is the state of the polls? 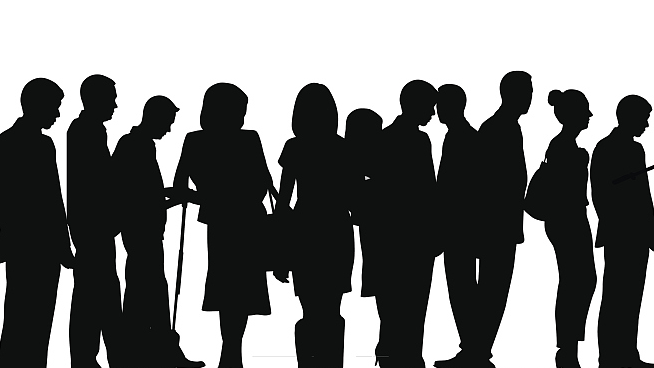 With just seven days to go until UK voters make their choice, the opinion polls continue to suggest Boris Johnson's Conservative Party has a decent lead over the Labour Party.

It is worth pointing out that both these pollsters had big leads for the Conservatives (12 and 7 percent) at the same stage ahead of the 2017 election, which ended with the Conservatives only winning by 2 percent – 43 percent to Labour's 41 percent.

The third largest UK-wide party, the Lib Dems, have 12 percent with both pollsters. And just a reminder that these are UK-wide figures – in Scotland, for instance, the data are very different, with the Scottish National Party well in the lead.

The day's campaigning in focus

Boris Johnson used an appearance on the ITV daytime show This Morning to set out details of what the Conservatives would do in their first 100 days if they are elected with a majority. This includes delivering Brexit by 31 January, cutting the amount of tax people pay and increasing funding for schools and the National Health Service.

Labour, for its part, has promised to cap class sizes at 30 pupils across England as part of its investment in education, which it says will see 20,000 new teachers recruited over the next five years. They attacked the Conservative plans for the first 100 days as just promising more "failure." The Conservatives responded to Labour's schools announcement by noting that England had been rising up global education league tables.

Meanwhile, the leader of the Welsh Lib Dems said her party would do a deal with the Conservatives "over my dead body." Jane Dodds' comment came in a BBC radio interview and followed leader Jo Swinson's apology in a TV interview on Wednesday for backing welfare cuts when she was part of the governing Conservative-Lib Dem coalition between 2010 and 2015.

At the end of the Conservative leader's interview on ITV he took a selfie on what appeared to be his own phone and posted it on his Twitter account: 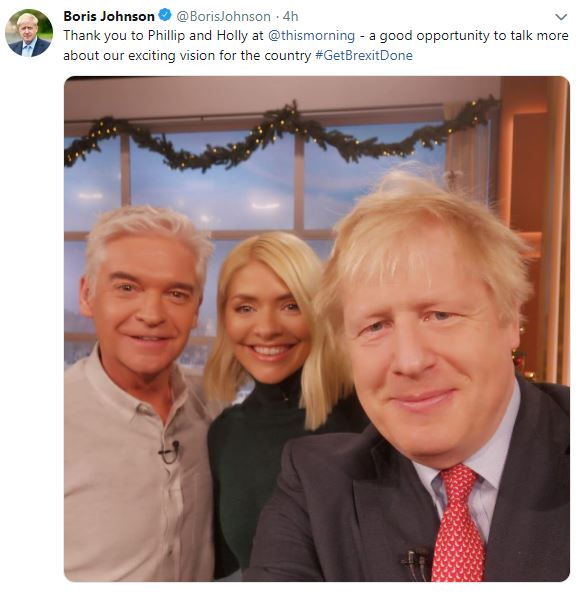 And it wasn't long before the UK's Press Association news agency spotted that the phone used to take the picture was made by Huawei: 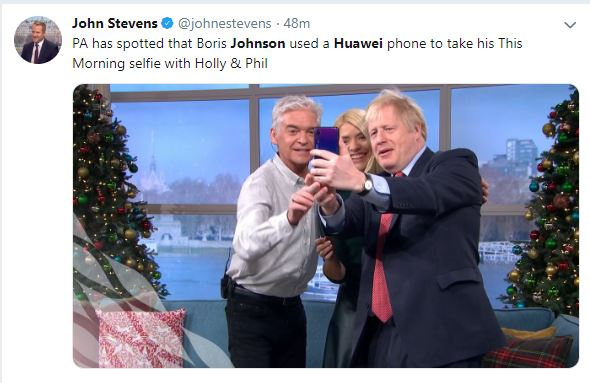 The choice of phone comes the day after Johnson said his decision on whether to allow Huawei to be involved in the development of a 5G network in the UK would depend at least partly on whether such a move would risk the UK's security cooperation with the US (which does not want its allies to embrace Huawei) and other "five eyes" partners (that's the name for the intelligence-sharing network of the US, UK, Canada, Australia and New Zealand).

This is a term that has gained in popularity since the Australian political strategist Lynton Crosby became involved in UK election campaigns ahead of the 2005 election. The idea is that something shocking is said or done which distracts attention from whatever crisis a candidate might be facing – with the term coming from the idea of "throwing a dead cat on the table."

Boris Johnson explained the term in an article for The Daily Telegraph in 2013, saying it works "because there is one thing that is absolutely certain about throwing a dead cat on the dining room table....  the key point, says my Australian friend, is that everyone will shout, 'Jeez, mate, there's a dead cat on the table' – in other words, they will be talking about the dead cat, the thing you want them to talk about, and they will not be talking about the issue that has been causing you so much grief."

(For concerned animal lovers... as far as we know, this is merely a turn of phrase, and no UK politician has actually thrown a dead cat on a table.)