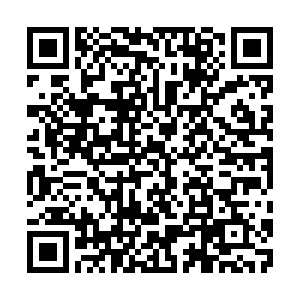 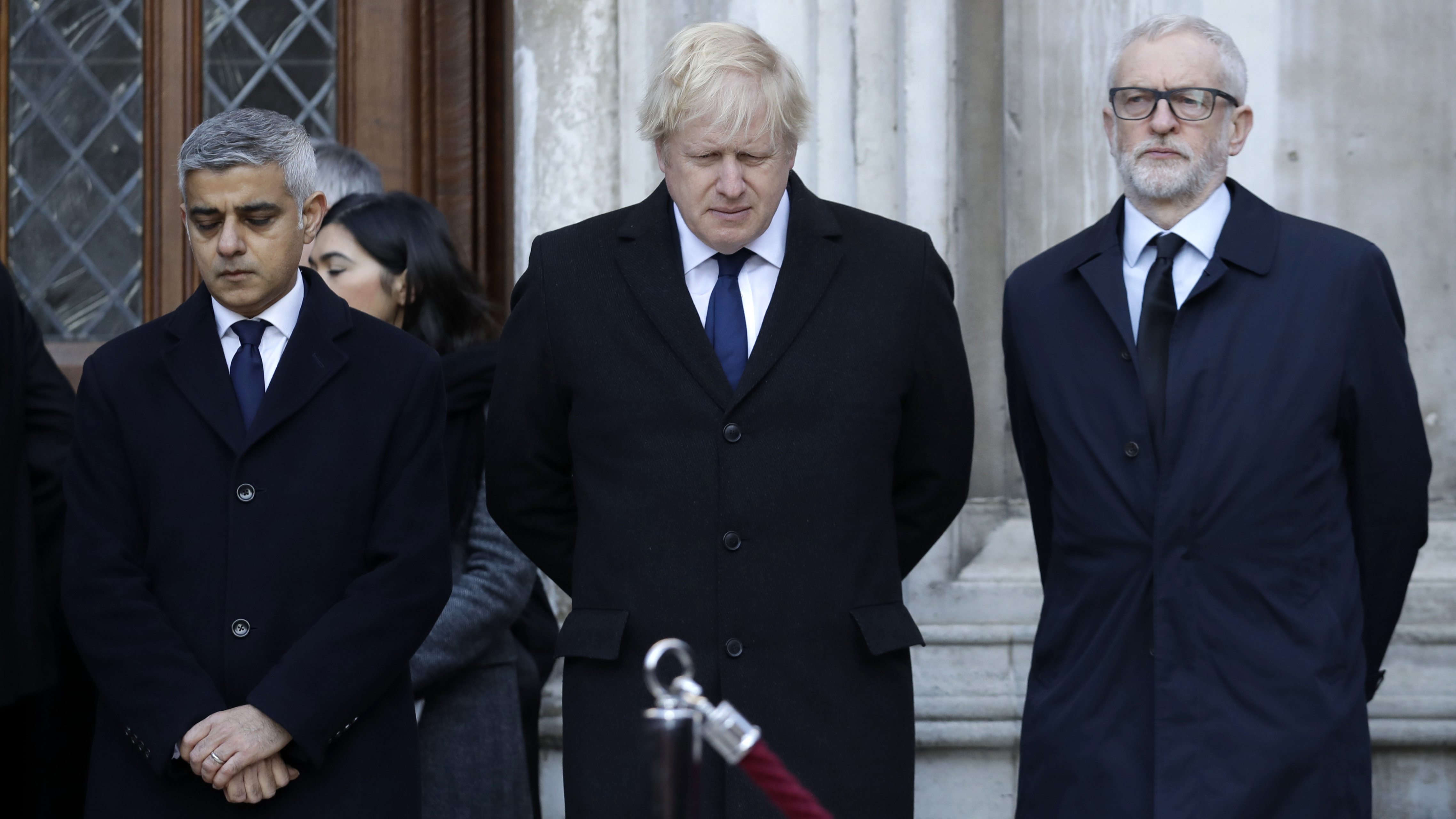 The main event: Accusations fly in the wake of London Bridge attack

While Friday's events were supposed to put the election campaign on hold over the weekend, Monday morning's headlines continued to be dominated by the response of the Conservative leadership to the London Bridge terror attack.

As UK Prime Minister Boris Johnson and Labour leader Jeremy Corbyn prepared to attend a vigil for the two victims, public officials, as well as family members of the victims, added to criticism over the weekend that Johnson and members of his cabinet were using the event to score political points.

David Merritt, whose 25-year-old son Jack was killed by the attacker Usman Khan, shared tweets criticising both Johnson and the home secretary Priti Patel on Monday morning for allegedly using his child's death to justify more 'draconian sentencing, and describing their handling of the tragedy as "beyond disgusting." Later in the day, he stated through a Guardian editorial that his son "would be seething at his death, and his life, being used to perpetuate an agenda of hate that he gave his everything fighting against."

Nick Hardwick, the former head of the UK Parole Board, also condemned Johnson for blaming the release of a convicted terrorist on policies implemented under Labour during BBC Radio 4's Today show, accusing the prime minister of "silly political point-scoring" during his appearance on the BBC's Andrew Marr show.

After forgoing several planned campaign events early on Monday morning,  Johnson made a full return to the campaign trail to launch Conservative plans to shore up the UK's border security, pledging to introduce automated exit and entrance checks alongside their plans to implement an Australian-style points based immigration system. 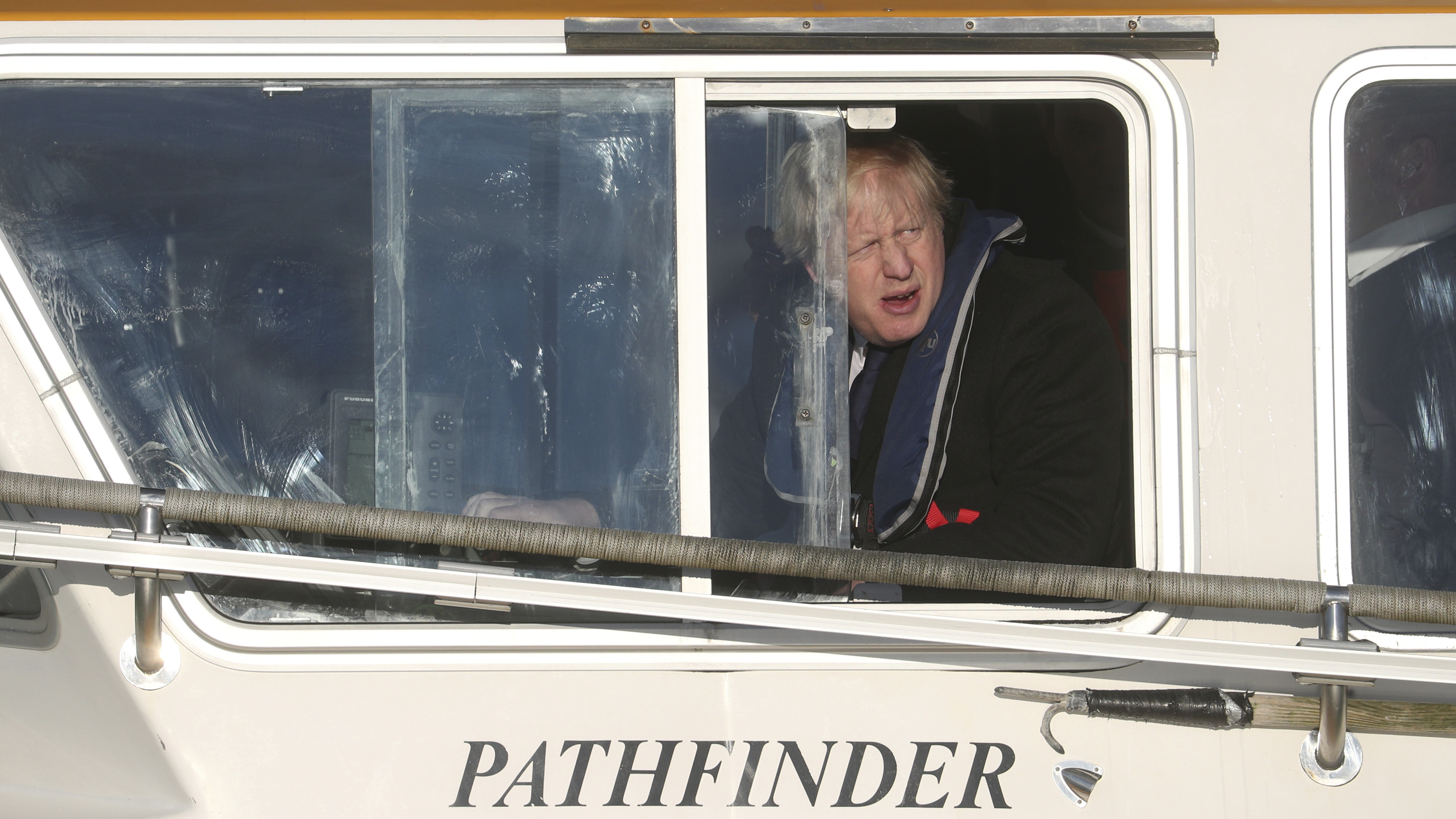 Leader of the Conservatives Boris Johnson takes a look out of the window aboard a boat off the Port of Southampton (Credit: AP)

Leader of the Conservatives Boris Johnson takes a look out of the window aboard a boat off the Port of Southampton (Credit: AP)

Northern Ireland's Republican party Sinn Fein and the hard-right anti-immigration UK Independence Party (UKIP) both launched their manifestos on Monday. Sinn Fein is centering its campaign pledges around what they see as the looming threat of a Conservative-led Brexit. UKIP, hard-hit in the polls by the birth of Nigel Farage's Brexit Party, will aim to claw back voters with even-stricter immigration policies, proposing among others measures a reduction of net migration to below 10,000 per year.

In transport news, Labour leader Jeremy Corbyn announced plans to cut the price of seasonal rail tickets by a third on Monday. Speaking during a visit to Finsbury Park railway station in London, he said that the policy – purported to be the largest ever drop in rail fares - would save the average commuter £1,000 a year. The scheme is estimated to cost £1.5bn per year and be paid for with money from the existing Department for Transport budget, which the Conservatives had planned to spend on roads instead.

The policy, part of Labour's wider pledge to shake up the UK's transport system through renationalization, comes as British train companies reported that they would increase fares by 2.7 percent next year. It also coincides with the first of 27 days of strike action by members of Britain's transport union RMT along South Western Railway lines. The strike, prompted by worries over driver-only trains, is set to cause rail chaos for those travelling during the holiday period. 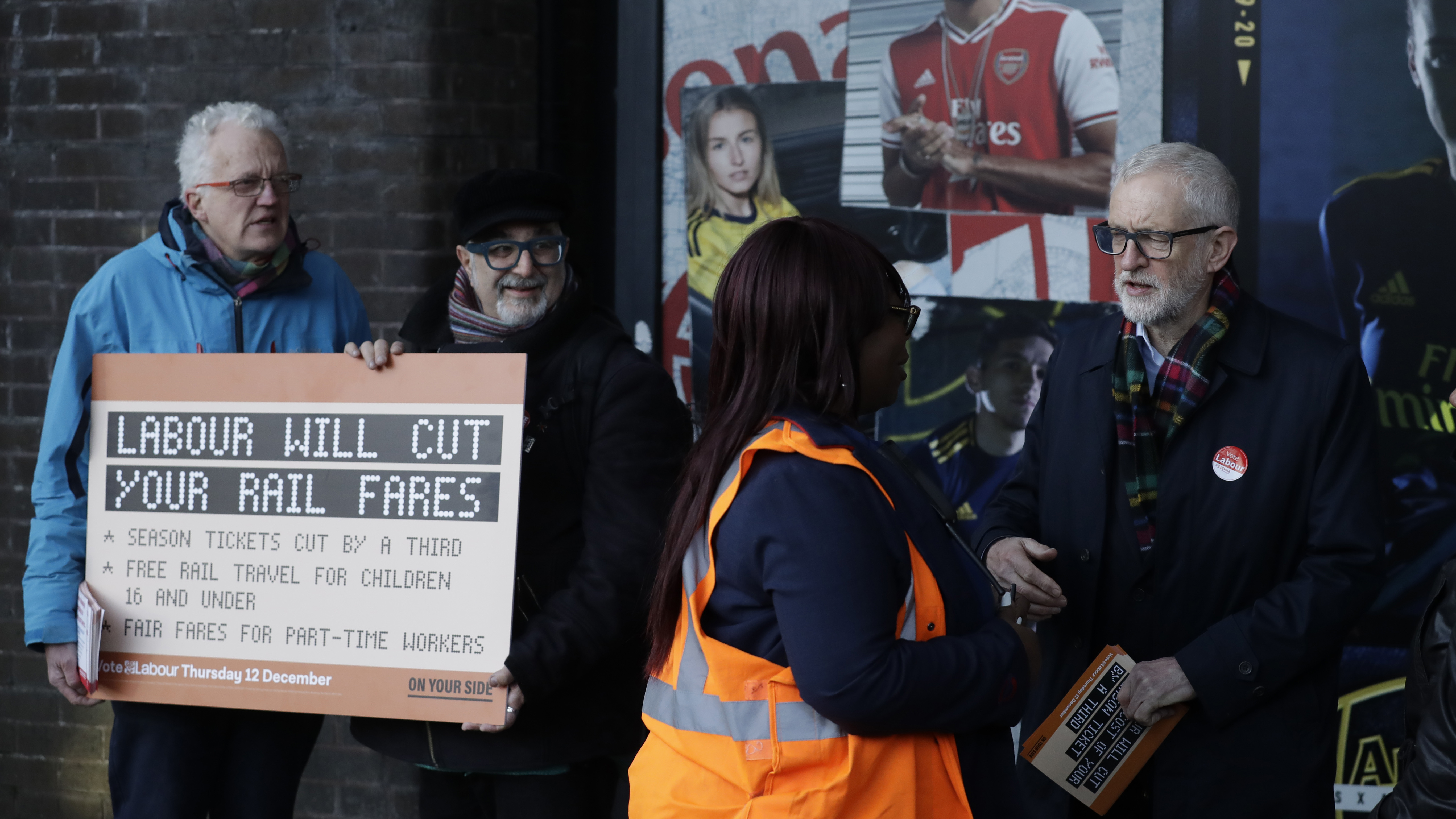 Tactical voting is when someone chooses to back a candidate that they wouldn't necessarily have supported in an effort to block a more undesirable candidate winning the race.

The term has taken on particular importance during this election, with many voters hoping to prevent a Conservative-led Brexit, but facing the prospect of a center-left vote split between Labour and the Liberal Democrats in key marginal constituencies. Brexit-supporting voters may also switch to back parties determined to take the UK out of the European Union.

Since the launch of the 2019 election campaign a swathe of tactical voting websites have been set up to advise users on who to vote for in which areas to keep the Conservatives out. The cause has attracted big names such as the Love Actually actor Hugh Grant, who has already endorsed three different candidates from three different parties, and could see the likes of UK foreign secretary and prominent Brexiteer Dominic Raab losing their seats. 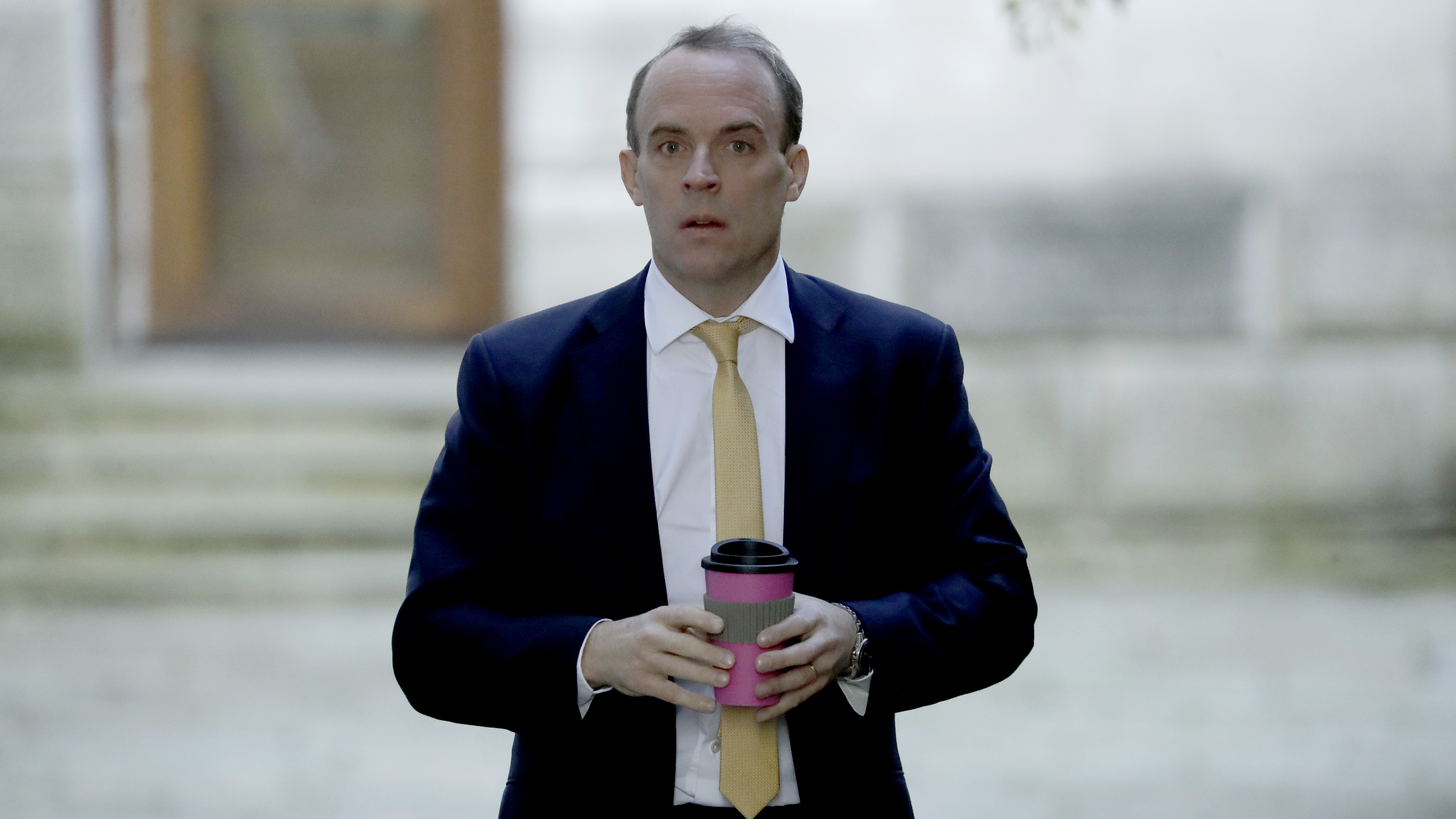 UK Secretary of State for Foreign Affairs Dominic Raab could lose his seat because of tactical voting (Credit: AP)

UK Secretary of State for Foreign Affairs Dominic Raab could lose his seat because of tactical voting (Credit: AP)

However, calls for voters to put party politics aside and get tactical have come under fire. Firstly, much of the advice handed out by tactical voting websites is based on polls that are subject to major fluctuation, making it difficult to estimate which candidate is the safest option. For example, getvoting.org, run by the pro-remain campaign group Best for Britain, has altered 83 of its constituency recommendations this week.

In fact, Best for Britain and the Liberal Democrats, who have close ties to the campaign, have been criticized for using the website and contested polling information to shore up support for the Liberal Democrats where, based on the 2017 election results, Labour would be the best bet of keeping Tory candidates out.

Labour seems to be taking the threat seriously. It is currently running a Google advert that links users to its own website when they search for the term 'tactical voting'.  In an election where the stakes are high and questionable campaign tactics abound, we can probably expect more of the same.