What we know about the London terror attack
By Nilay Syam 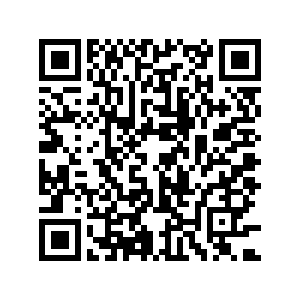 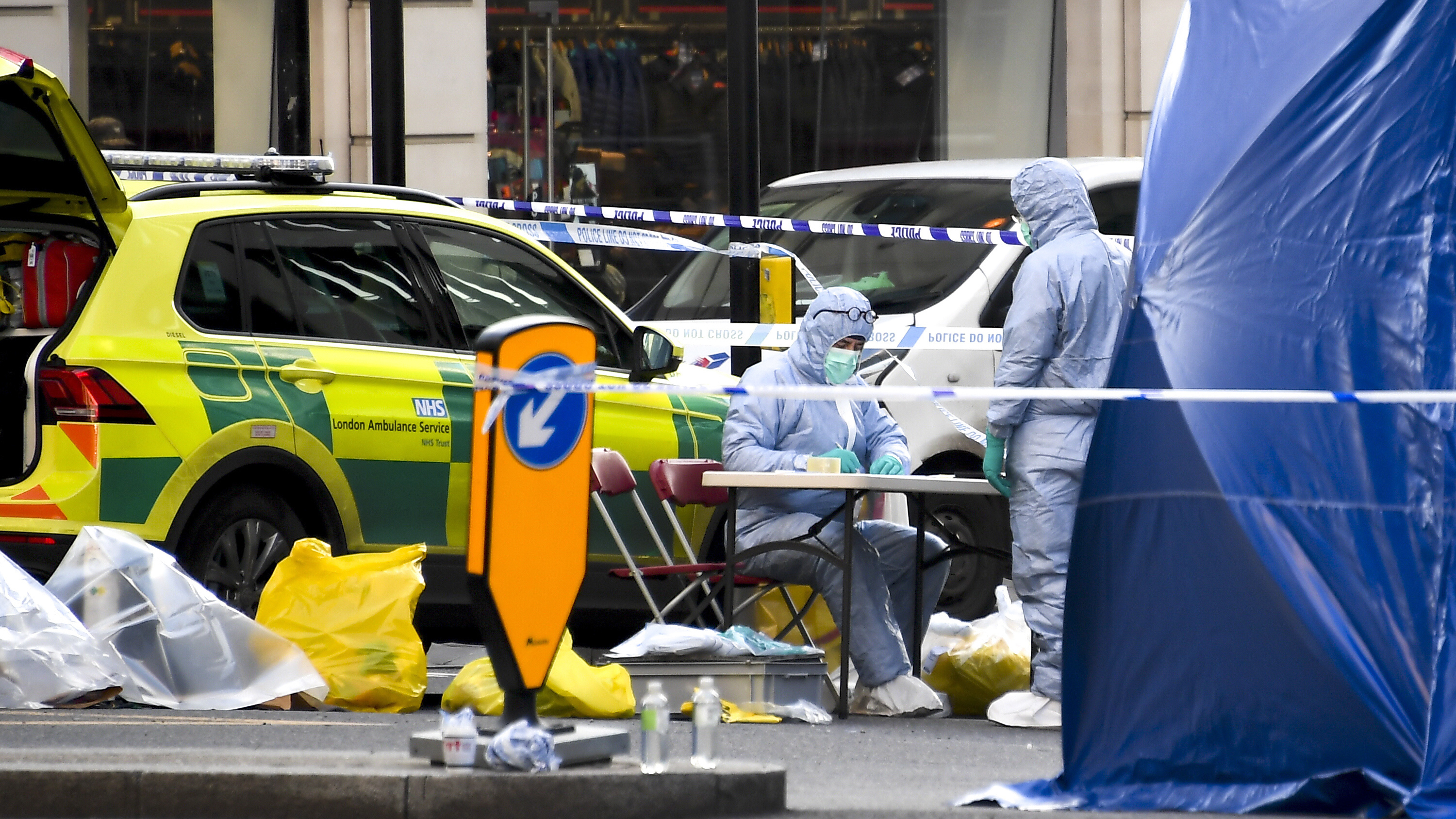 The UK police have officially declared the London Bridge stabbing as a terror incident. (Credit: AP)

The UK police have officially declared the London Bridge stabbing as a terror incident. (Credit: AP)

British police on Saturday were searching for clues into how a man convicted of terror offences could launch a frenzied knife-attack, killing two people and injuring another three in central London.

The suspect, identified as 28-year-old Usman Khan, was wearing a fake bomb vest when he stabbed a man and woman to death on Friday before being tackled to the ground by bystanders and shot dead by police on London Bridge.

Three other people, a woman and two men, were also injured and are receiving treatment at a hospital.

Metropolitan Police Assistant Commissioner Neil Basu said: "This individual was known to authorities, having been convicted in 2012 for terrorism offences. He was released from prison in December 2018 on licence."

Basu, who heads the UK's counter-terrorism policing, added that Khan was attending a conference organized by Cambridge University on prisoner rehabilitation at the Fishmongers' Hall, a building adjacent to the north end of London Bridge.

He was wearing an electronic tag.

How the assault unfolded 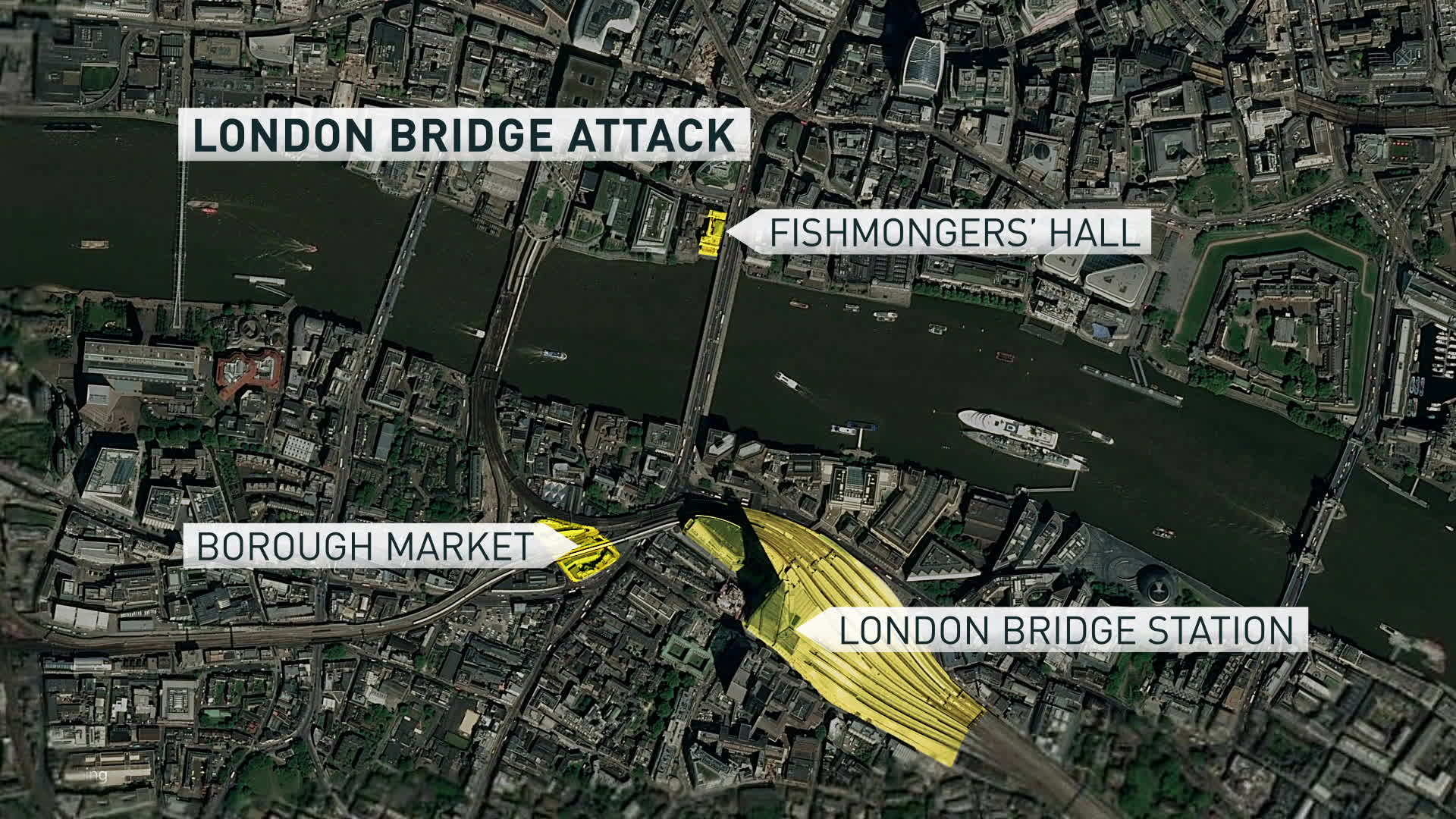 The attack started inside Fishmongers' Hall before proceeding on to the bridge where the assailant was confronted by members of the public.

According to video circulated on social media, he was held back by two men using a whale tusk and fire extinguisher before others joined them to pin him down. Another man was seen walking away from the incident holding a knife that was retrieved from the scene.

The police have officially declared the stabbing as a terror incident and officers are carrying out a search at an address in Staffordshire, where the suspect resided.

No other individuals are being actively sought in connection to the incident. 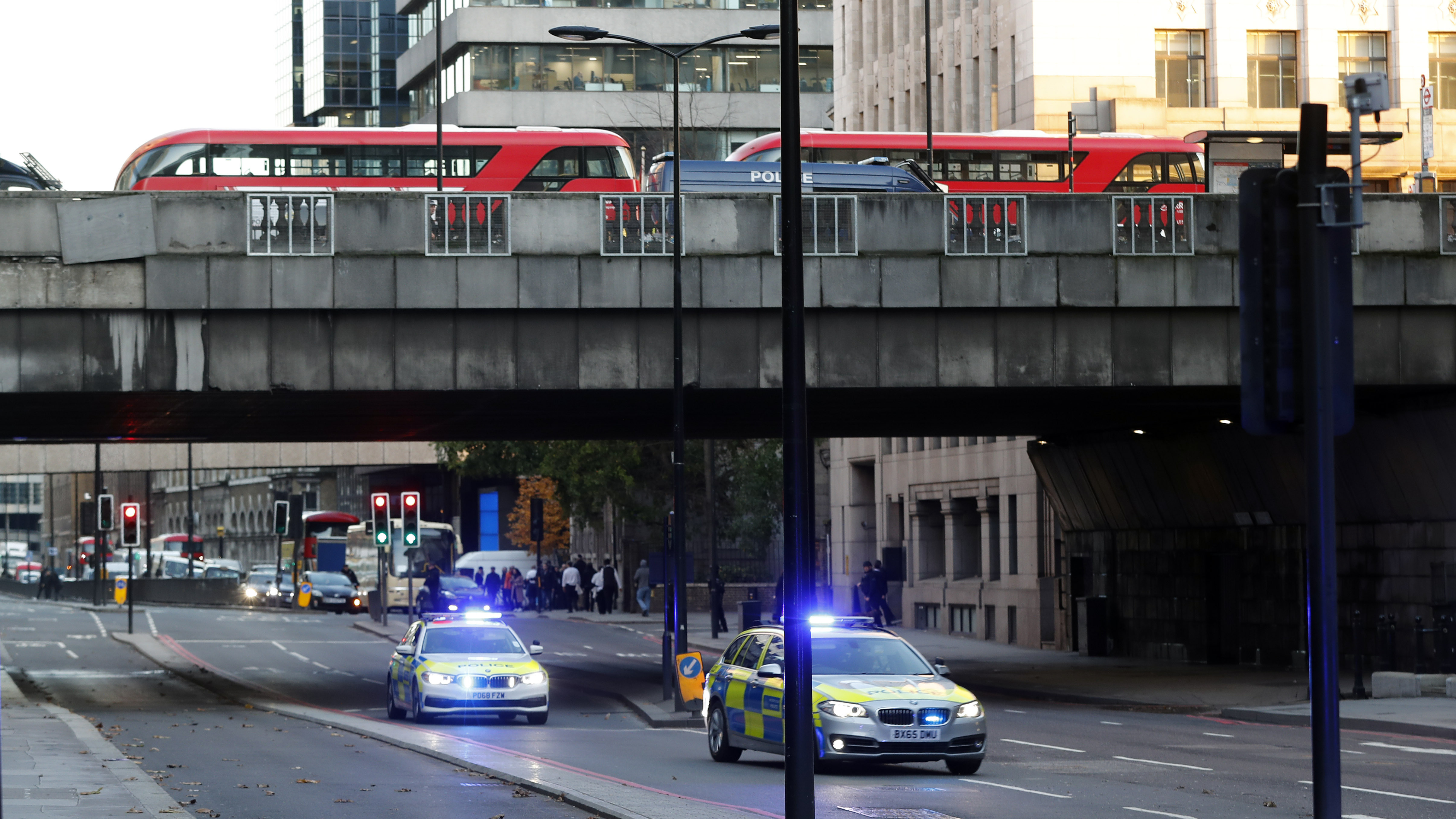 The attack started inside a building adjacent to the north end of London Bridge. (Credit: AP)

The attack started inside a building adjacent to the north end of London Bridge. (Credit: AP)

Who is Usman Khan? 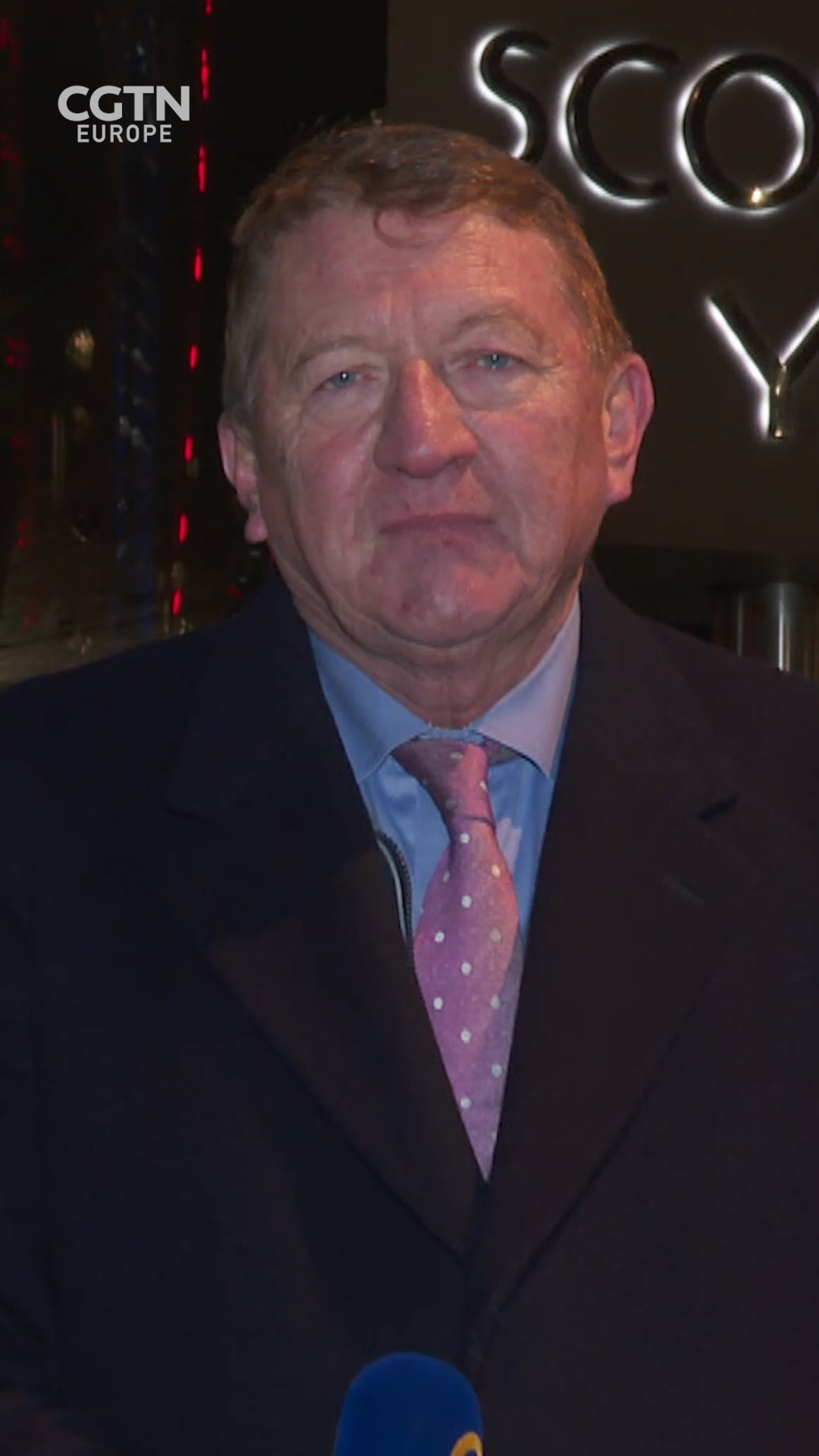 Usman Khan along with other members of a group were convicted in 2012 for planning to target major sites, including the London Stock Exchange, the US embassy and home of Boris Johnson, who was then the Mayor of London.

The accused men denied the charges. Khan, however, admitted to a lesser charge of engaging in conduct for the preparation of acts of terrorism. He served six years of his sentence before being released.

Khan was in London to attend a Cambridge University-backed prison education program called Learning Together.

13:58 GMT - Police respond to stabbing at a building near London Bridge. Within five minutes police officers arrived on the bridge and shot a suspect. 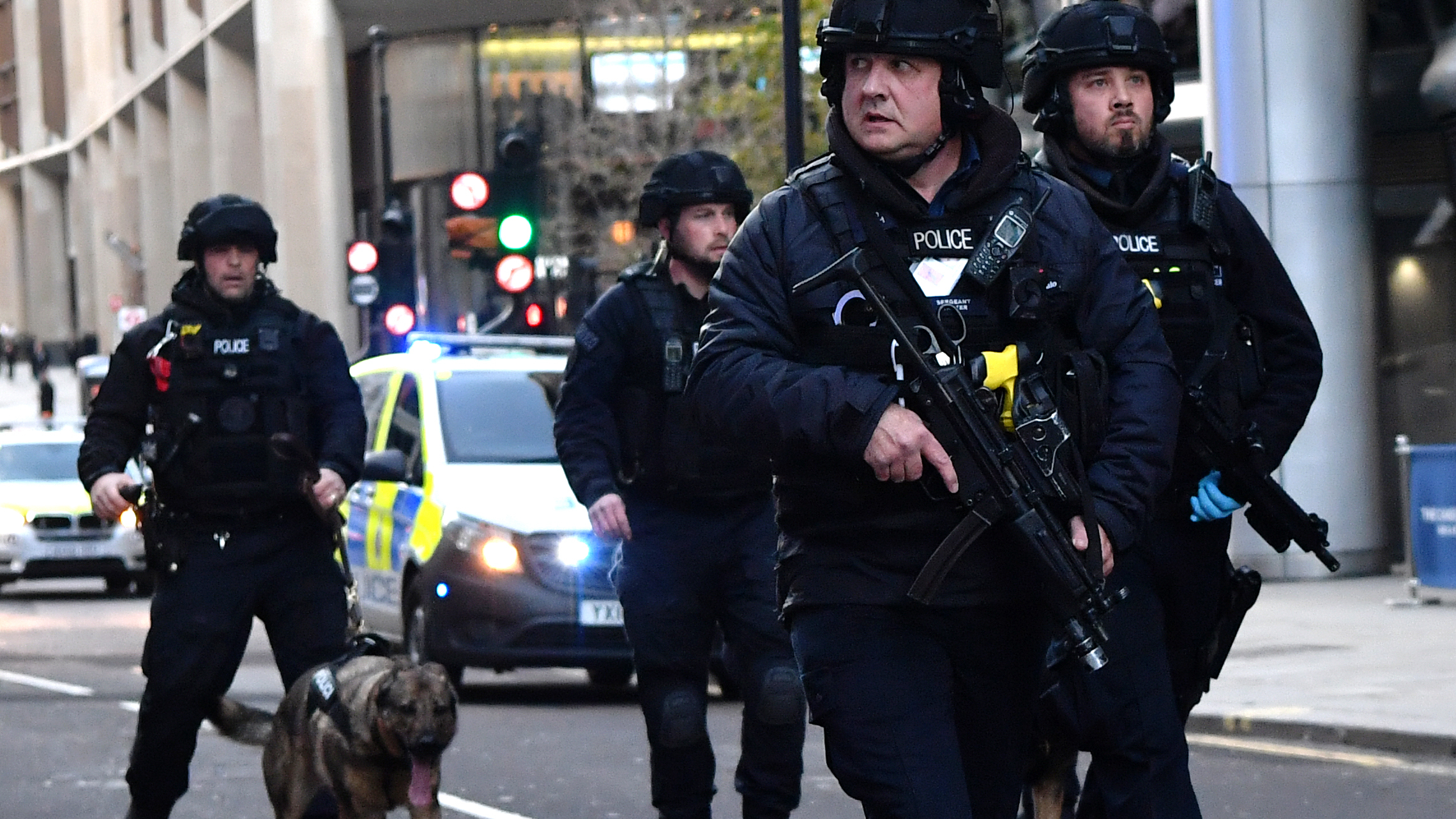 The assailant, who was wearing a fake explosive device, was shot dead by police on London Bridge.

The assailant, who was wearing a fake explosive device, was shot dead by police on London Bridge. 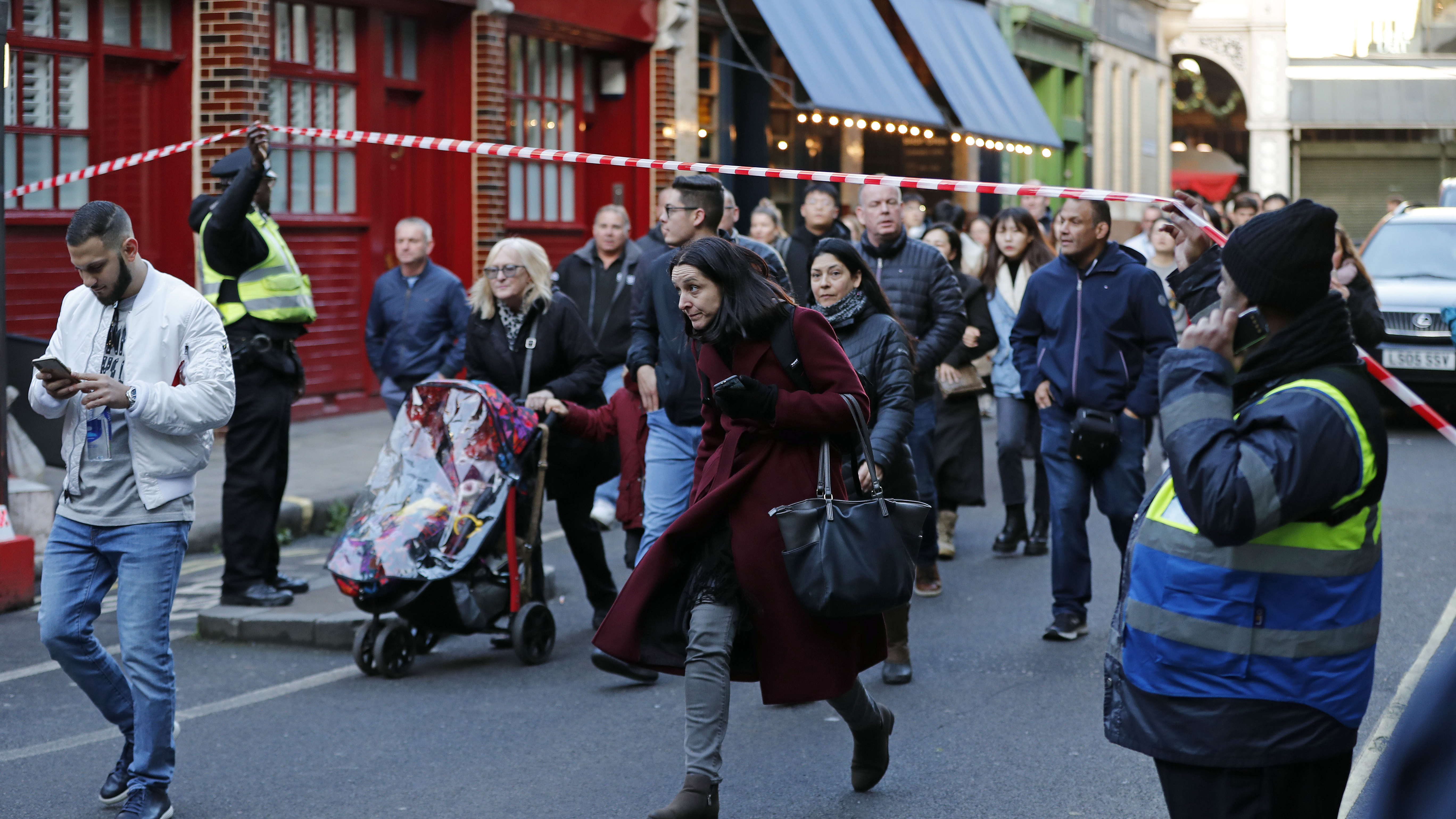 The UK is also on the verge of holding a crucial general election slated for 12 December.

The main political parties temporarily suspended campaigning in London as a mark of respect.

Prime Minister Boris Johnson said "this country will never be cowed, or divided, or intimidated by this sort of attack." He also praised the bravery of bystanders who tackled Khan to the ground.

Johnson added that he had "long argued" that it was a "mistake to allow serious and violent criminals to come out of prison early". 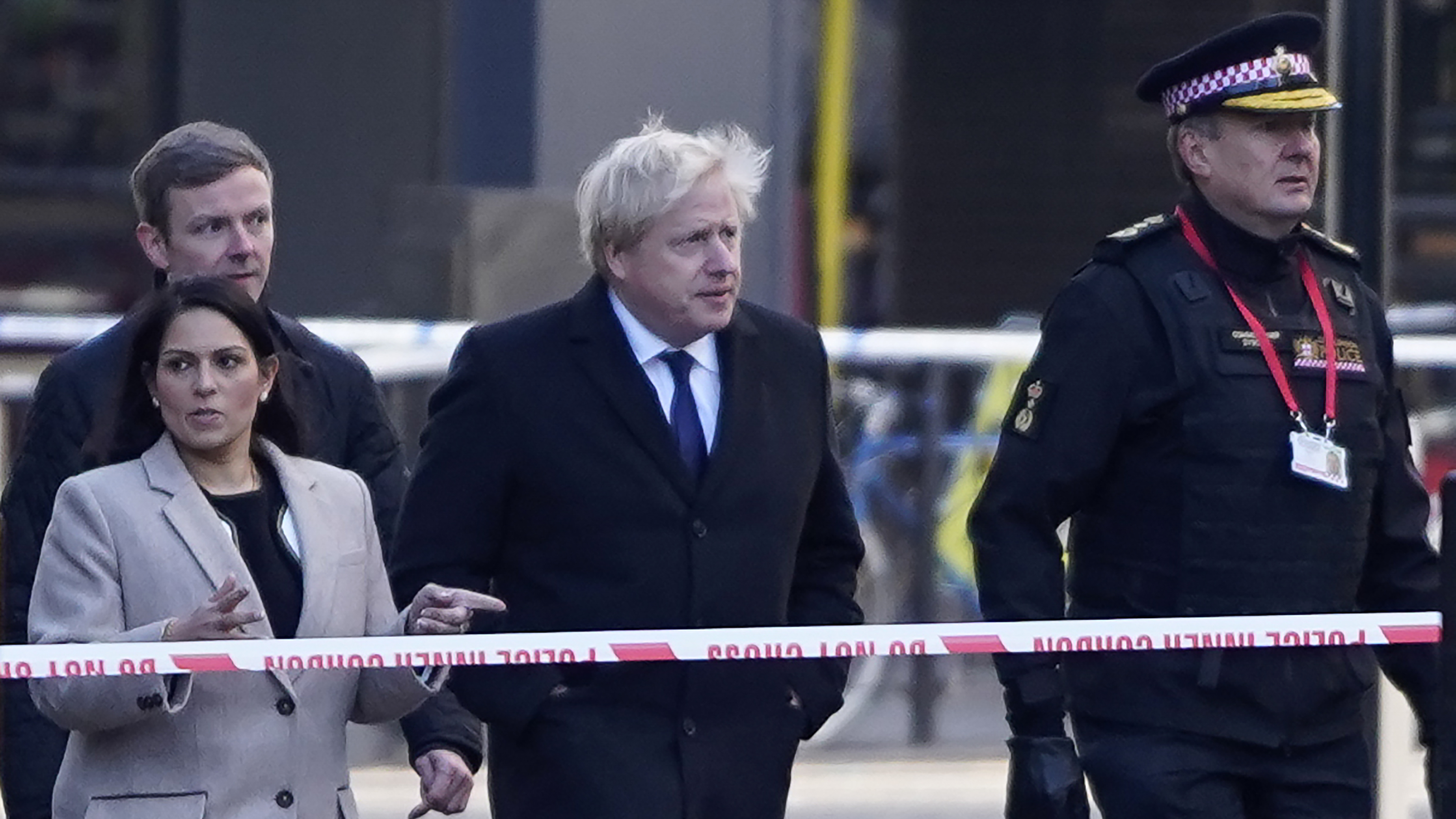 The prime minister chaired a meeting of the government's COBRA emergency committee and ordered the deployment of extra police officers "for extra reassurance purposes".

The Queen expressed her sadness and thanked the emergency services "as well as the brave individuals who put their own lives at risk to selflessly help and protect others".

In a tweet, London Mayor Sadiq Khan praised the men who fought the attacker.

"I am in awe of the people who ran towards danger to keep us all safe. The bravery of the emergency services and ordinary Londoners is incredible," he said.

Stephen Toope, the vice-chancellor of Cambridge University said he was "devastated to learn that today's hateful attack on London Bridge may have been targeted at staff, students and alumni attending an event organized by the University of Cambridge's Institute of Criminology". 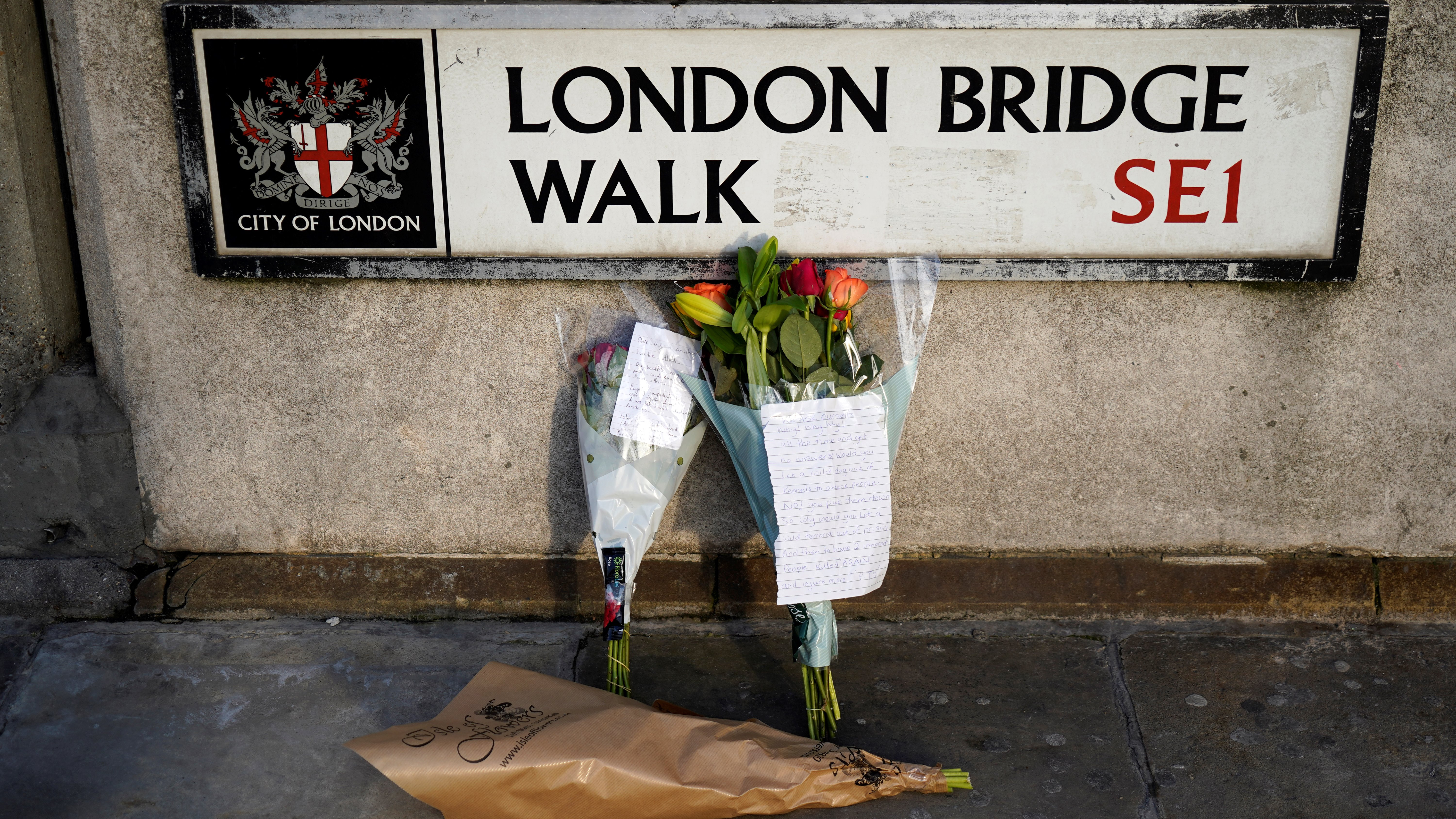 The US said President Donald Trump has been briefed and is monitoring the situation. While condemning the attack, White House spokesperson Judd Deere offered "full support to our ally, the United Kingdom".