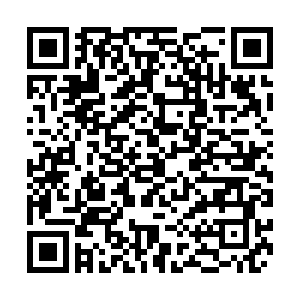 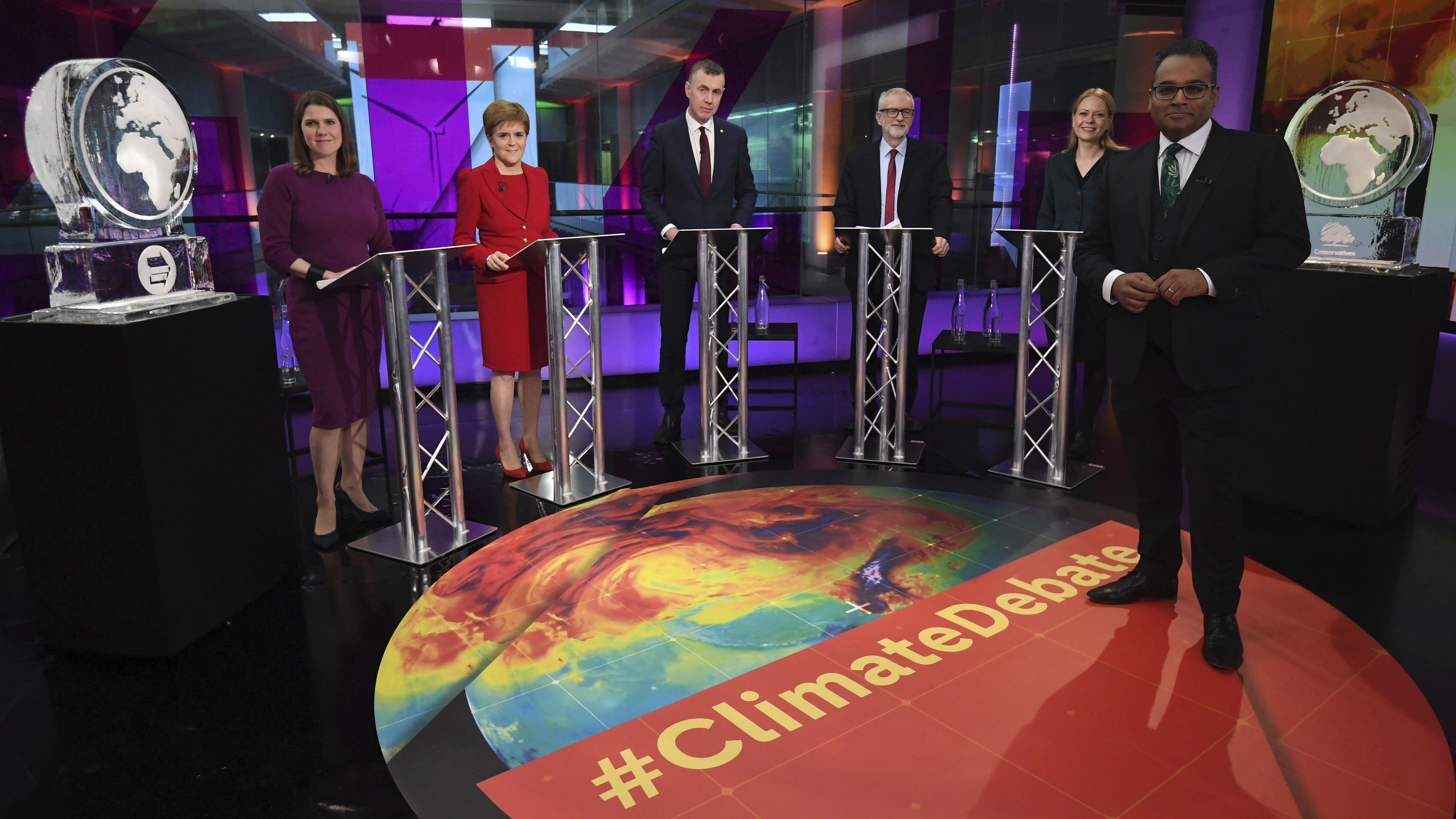 Conservative Party leader Boris Johnson has come under pressure after he refused to take part in a televised climate change debate with other party leaders on Thursday evening, with hosts Channel 4 deciding to "empty-chair" the prime minister, replacing him with a melting ice sculpture of the Earth. Absent Brexit Party leader Nigel Farage received similar icy treatment.

Instead of Johnson making an appearance, one of his closest allies, the Chancellor of the Duchy of Lancaster, Michael Gove, attended and asked to take part instead. Channel 4 rejected the former environment secretary's offer because only party leaders were invited to take the part in the program. 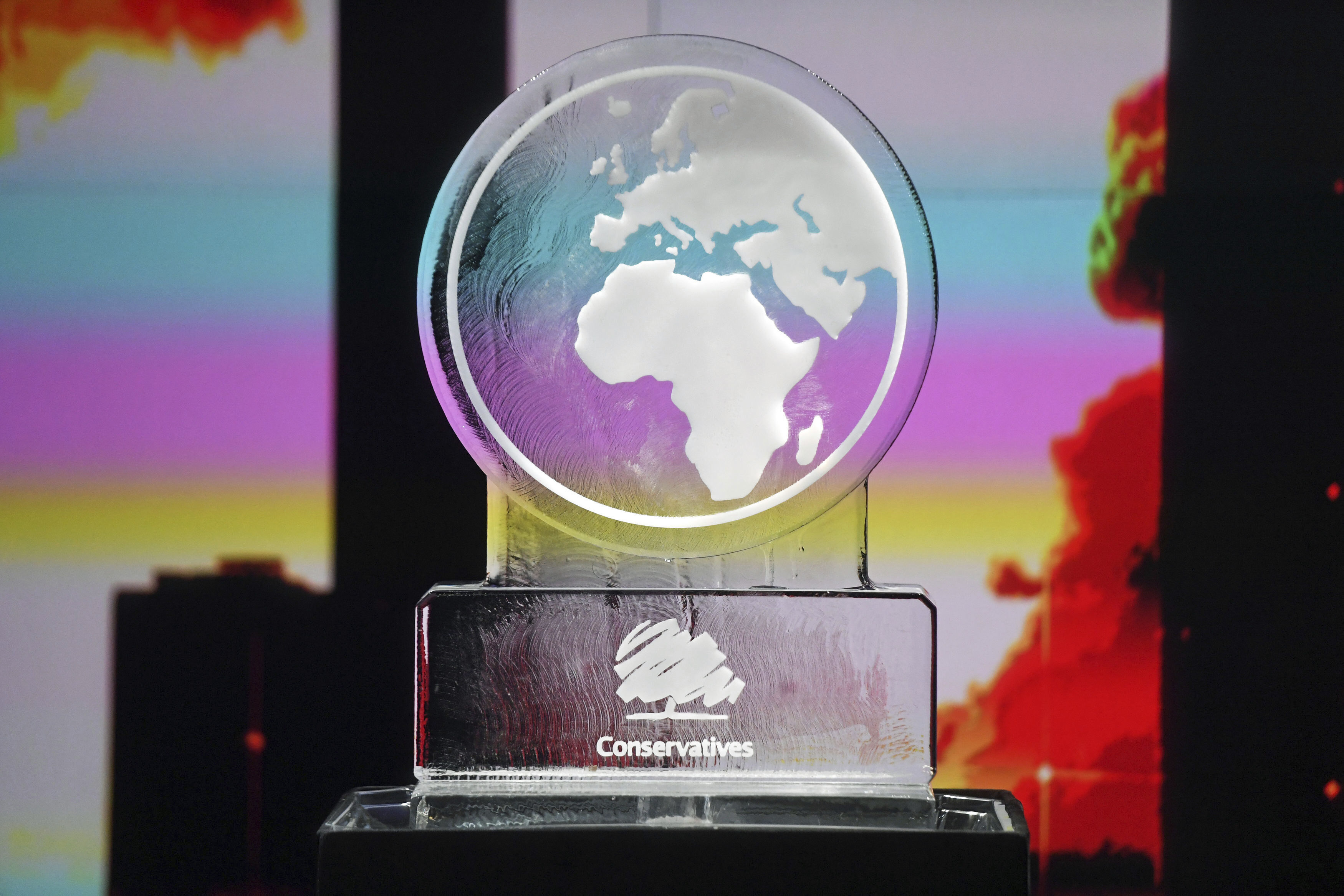 The Conservatives criticized Channel 4's ice sculpture move and the decision not to allow Gove to participate, accusing the broadcaster of showing bias towards Labour's Jeremy Corbyn, with a Conservative source quoted in various media outlets as saying they would review the channel's broadcasting license if re-elected.

The real loser of the debate appears to have been the issue of climate change, which was largely sidelined by the British press, with last night's election stunts stealing today's headlines.

The Electoon, by Zuzanna Elhag 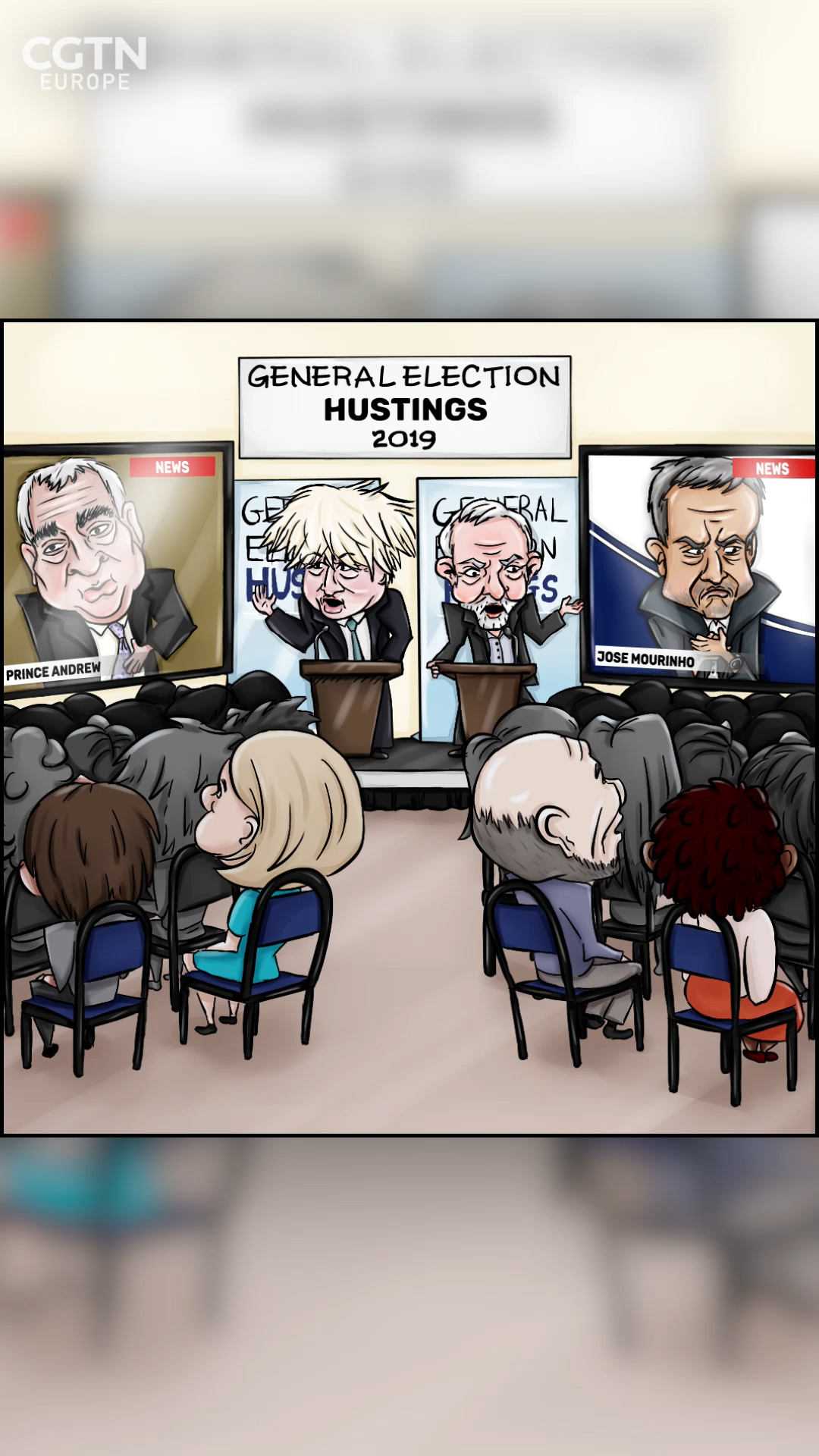 In other media news

Johnson has also yet to set a date for a set-piece interview with the BBC's Andrew Neil.

The veteran journalist, known for his deep-dive interrogations, has already faced Johnson's main rival Jeremy Corbyn this week, quizzing the Labour leader on his party's spending plans and his response to accusations of anti-Semitism within the party. The interview resulted in extensive, generally negative, press coverage for the leader of the opposition.

Shadow chancellor John McDonnell hit out at both the prime minister and the BBC on Friday morning, saying that Johnson was "playing" the public broadcaster. 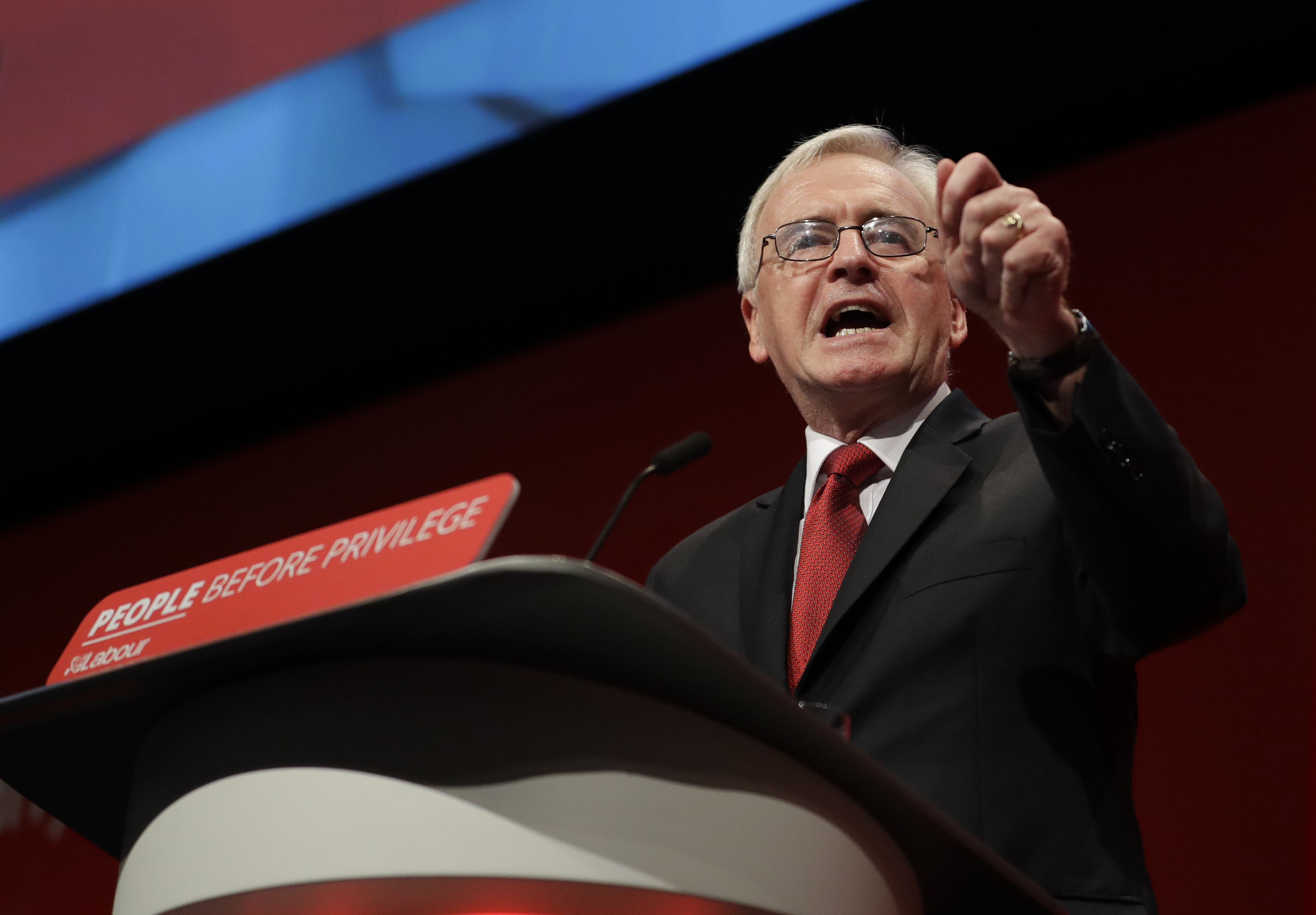 At a press conference in London, Johnson attempted to woo Labour leavers with Conservative plans for more state aid and other potential benefits of a Brexit under his leadership.

His appeal follows yesterday's Conservative announcement to give Ofsted, the UK's main body for school inspections, more powers and funding. The policy is the mirror image of Labour's policy on the same issue, with the party pledging to scrap the education watchdog. 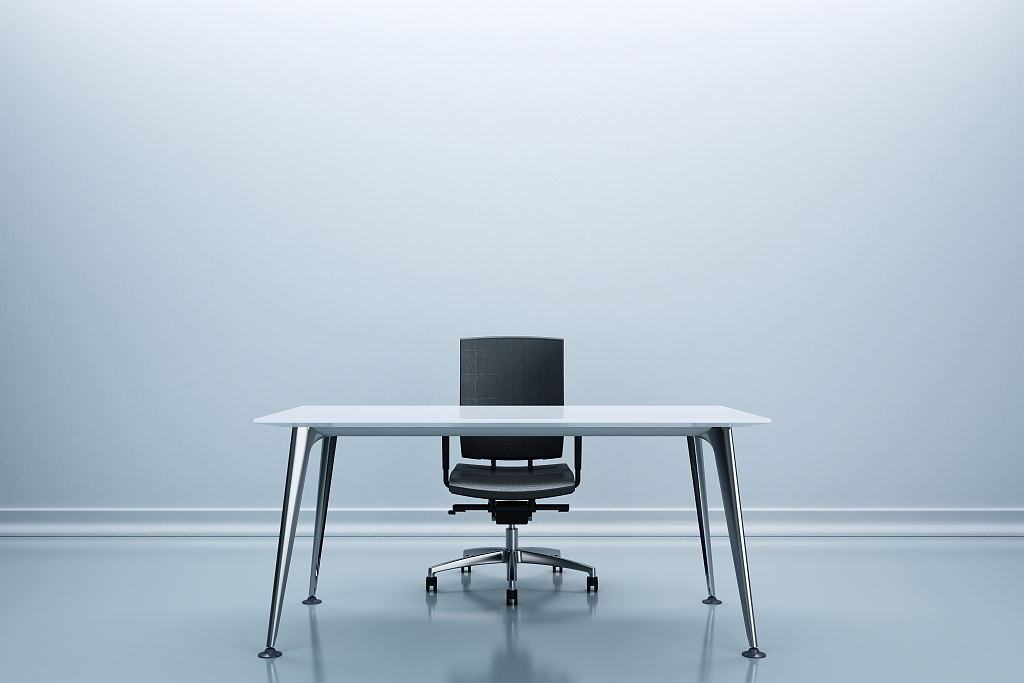 'Empty-chairing' can cause serious embarrassment for politicians (Credit: VCG)

'Empty-chairing' can cause serious embarrassment for politicians (Credit: VCG)

Empty-chairing is the practice of a broadcaster highlighting a public figure's refusal to attend a debate or interview by leaving an empty chair in their stead, often asking questions of the inanimate object.

Channel 4's move to replace an absent Boris Johnson with an ice sculpture is by no means the first instance of empty-chairing during this election. Sky News host Kay Burley was scheduled to speak to Conservative MP James Cleverly on live television earlier in November, but when the party chairman reportedly pulled out of the interview at the last moment, the presenter addressed her queries to his empty seat.

Although the UK broadcaster watchdog Ofcom received 271 complaints over Burley's interviewing technique, empty-chairing itself – while usually used a last resort out of frustration at not being able to get answers from politicians – is not against UK broadcasting rules, and an investigation was not launched.