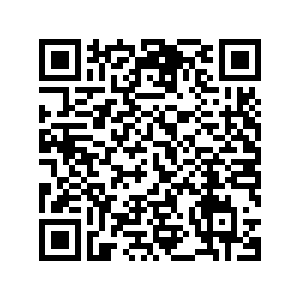 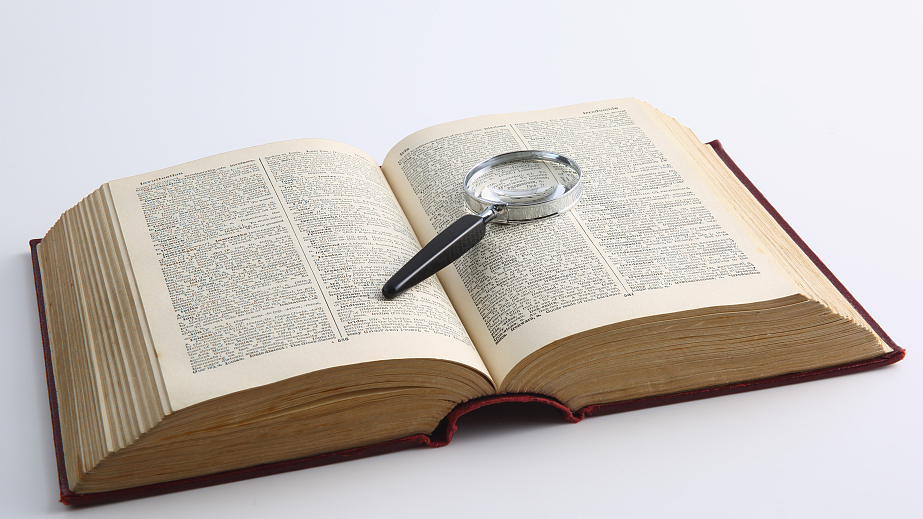 It might be a bit confusing for those who do not follow UK politics closely, but the UK Conservative Party is also often referred to as the Tory party and its members as Tories. So if you ever see a reference to a Tory MP, it means they are a Conservative MP. The terms are generally interchangeable.

The reason for the moniker goes back to the 1600s, when that was the name of one of the two main parliamentary parties in England – a fore runner of the modern-day Conservative Party. 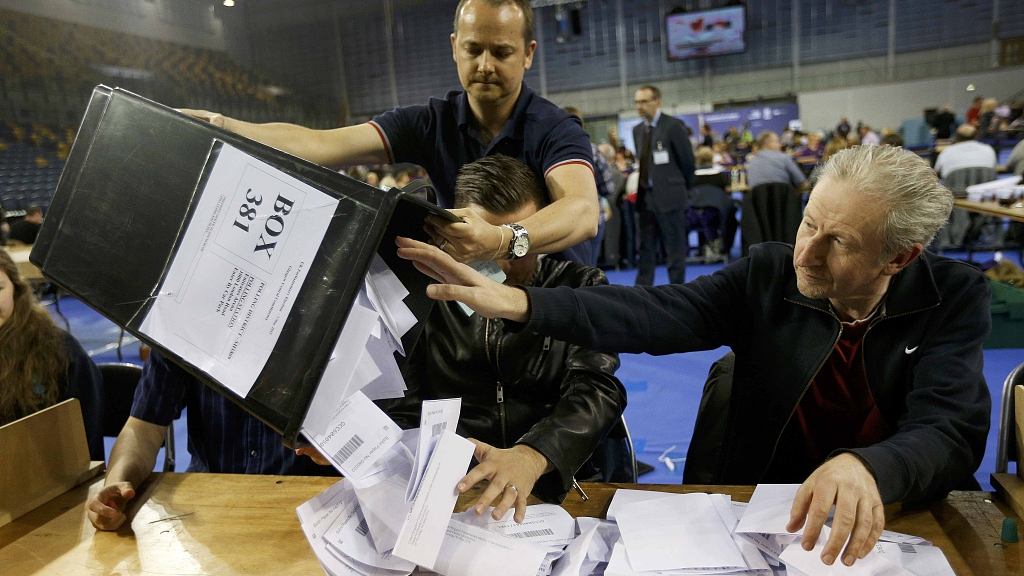 A ballot box is a sealed square box or tamper-resistant bag, into which voters put their completed ballot papers. There is a slot in the top that can accept a ballot paper but prevents anyone being able to access the votes cast until the voting period closes.

The word ballot comes from the Italian world ballotta, which means ball and dates back to the mid-16th century. Wooden balls were used to cast votes in gentlemen's clubs, where each member would audibly drop a ball into a box. White was in favor and black was against. Onlookers were not able to see which way the individual had voted but were able to hear the ball drop.

The ballot box is known as a symbol of democracy now but when the concept was first introduced to the UK in the 1872 Pontefract by-election, it was considered by some as un-English and un-manly (voting was still restricted to men at this time).

Reports noted how the ballot box was a civilized change from the previous method of voters publicly announcing who they were backing, often when they were drunk and in public spaces.

UK law states: "Every ballot box shall be so constructed that the ballot papers can be put in it, but cannot be withdrawn from it, without the box being unlocked.”

The box has changed relatively little since 1872 apart from now being plastic instead of wood and the wax seal being a numbered zip-tag.

Purdah is the word that has generally been used to describe the period ahead of an election where special rules prohibit campaigning by civil servants and government departments, or the publishing of any announcements that could be seen as giving an advantage to one of the parties in the election.

If you think the word itself does not sound English, you would be right. Purdah is a word that in South Asia means "curtain" or "veil" and is associated with the practice of ensuring women's modesty or physical separation from men. Because of its origins the word is being less frequently used than in the past, with some people saying it is a racist and sexist term. Most government departments use "pre-election period" instead. 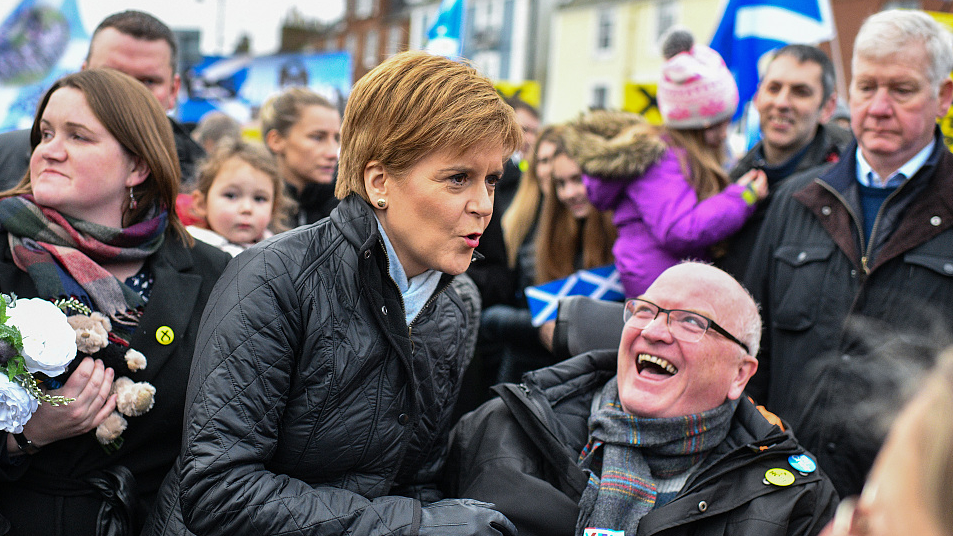 There is plenty of canvassing going on at the moment. It is the word used to describe political candidates going around knocking on people's doors to talk to them about the election, and hopefully to win their support. It can also take place on shopping streets, or outside school gates, and in more recent years some canvassing takes place by phone or online.

The history of canvassing can be traced back at least as far as Roman times, although it was banned for a time for long periods in the UK and was frowned upon in the first few elections in the US (as fans of Hamilton the musical will know). According to the 1911 Encyclopedia Britannica the word comes from canvass, which meant "to sift by shaking in a sheet of canvas" – so canvassing involves talking to lots of people in the hope or winning at least a few votes.

Members of parliament are being elected on 12 December – the country is split into 650 areas (called constituencies) and whichever candidate in each place gets the most votes becomes the member of parliament (MP) for that place. Nearly all successful candidates come from a handful of big political parties, although occasionally an independent candidate gets elected.

If one party gets 326 MPs elected, they can form a majority government, because they have more than half the 650 MPs and should be able to win a vote on any policy they put forward. However, if no party gets that many MPs elected, the result is what is called a hung parliament. In these circumstances, either the largest party will try to govern by getting other parties' MPs to back them on a vote-by-vote basis, or they will form a formal coalition with another party to get to the 326 figure.

It appears the phrase hung parliament is derived from the term "hung jury," which refers to a situation in which the members of the jury cannot agree on a verdict so the decision remains up in the air or, to put it another way, is left hanging.

There are not many times in life when you hear the word psephologist. And, to be fair, it's not a word that really needs to be used during election campaigns. But in case you come across someone wanting to show off their knowledge, the word basically refers to people who are experts in evaluation of election results of political opinion polls. According to the Collins English Dictionary, it comes from the Greek word for pebble – psephos – which is what the ancient Greeks used to cast their vote. 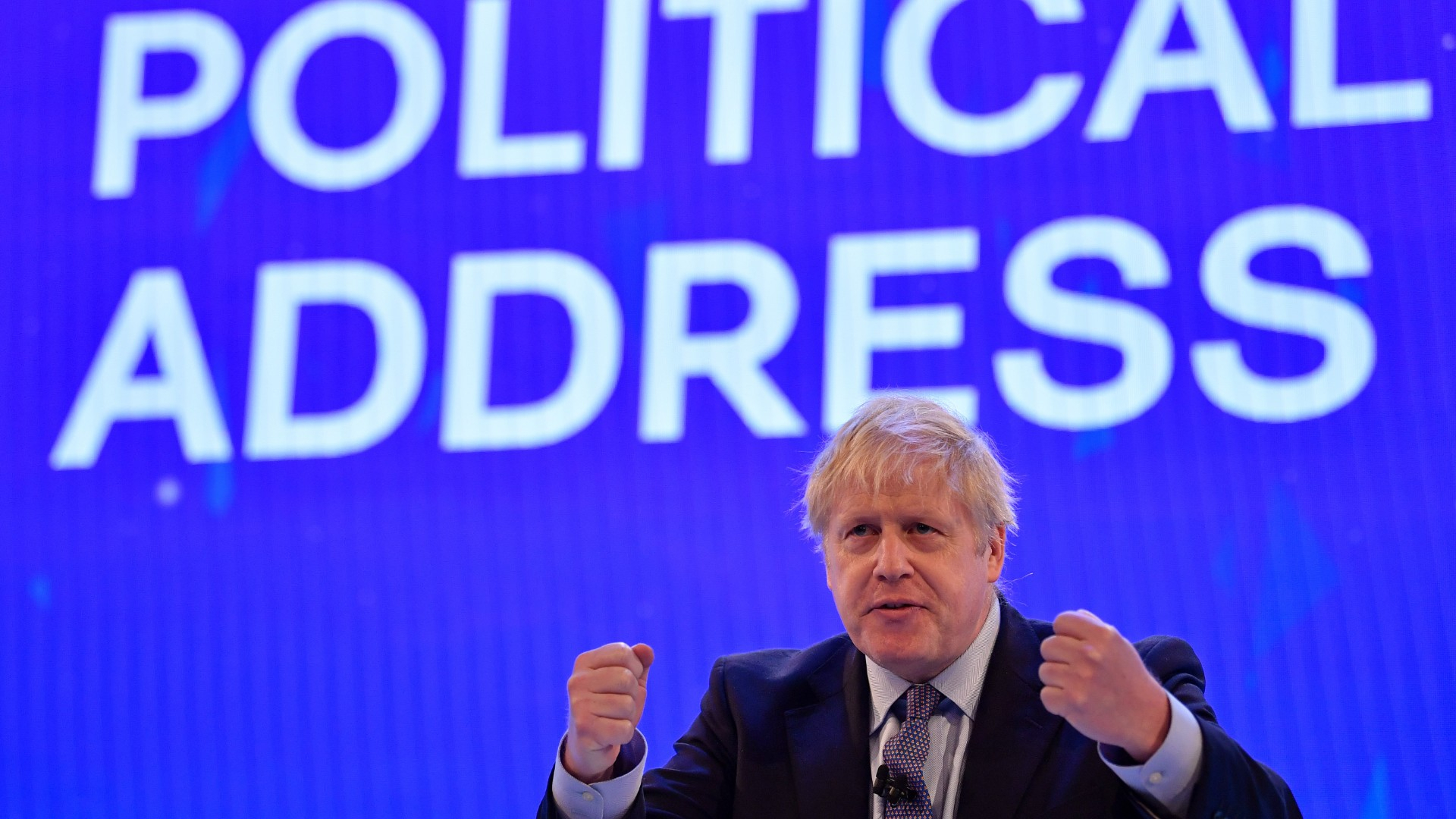 Taxation is confusing enough without bringing in extra categories. Although there are about 5.7 million businesses in the UK, that still excludes the vast majority of people, who may therefore be wondering what's been going on as they try to sort out their business rates from their corporation tax.

Business rates are a tax based on the rental values of properties occupied by businesses. It's a complicated system, and frequently changed (the last shake-up was in 2017), but rates are typically at 50.4 percent of the market rent. They've gone up faster than inflation since 1990, and a recent parliamentary inquiry found the UK's rate is currently double the average of OECD countries. This helps explain why it is now one of government's biggest revenue sources, raking in $40 billion in the last financial year.

Corporation tax – a levy on profits made in the UK – has, by contrast, been going down since Labour left power in 2010, dropping from 28 percent to the current 19 percent. Even so, in the last tax year it contributed $71 billion – nine percent of the government's tax income. Boris Johnson announced today that a proposed further cut to 17 percent next April will be shelved if the Conservatives are re-elected, while Labour has proposed raising it back to the 2011 level of 26 percent.

Postal votes means people who vote by filling in their ballot paper, popping it into an envelope and posting it in rather than turning up in person on election day.

In the UK in recent years, there has been a sharp increase in the number of people casting their votes by post. And it has become a source of controversy as the figure has approached one in five of all votes in recent polls.

Until 2001, anyone wanting to vote by post, rather than in person, had to supply a reason, or get a doctor or their employer to back their case. But now, no reason is required.

The argument for postal voting is that it helps give more people the chance to vote as it is not restricted just to those people who can physically get to a polling station on election day. It is, for instance, very useful for people who are abroad.

However, there have been numerous allegations of fraud and questions over how to ensure that people who vote by post have made their choice without coercion. 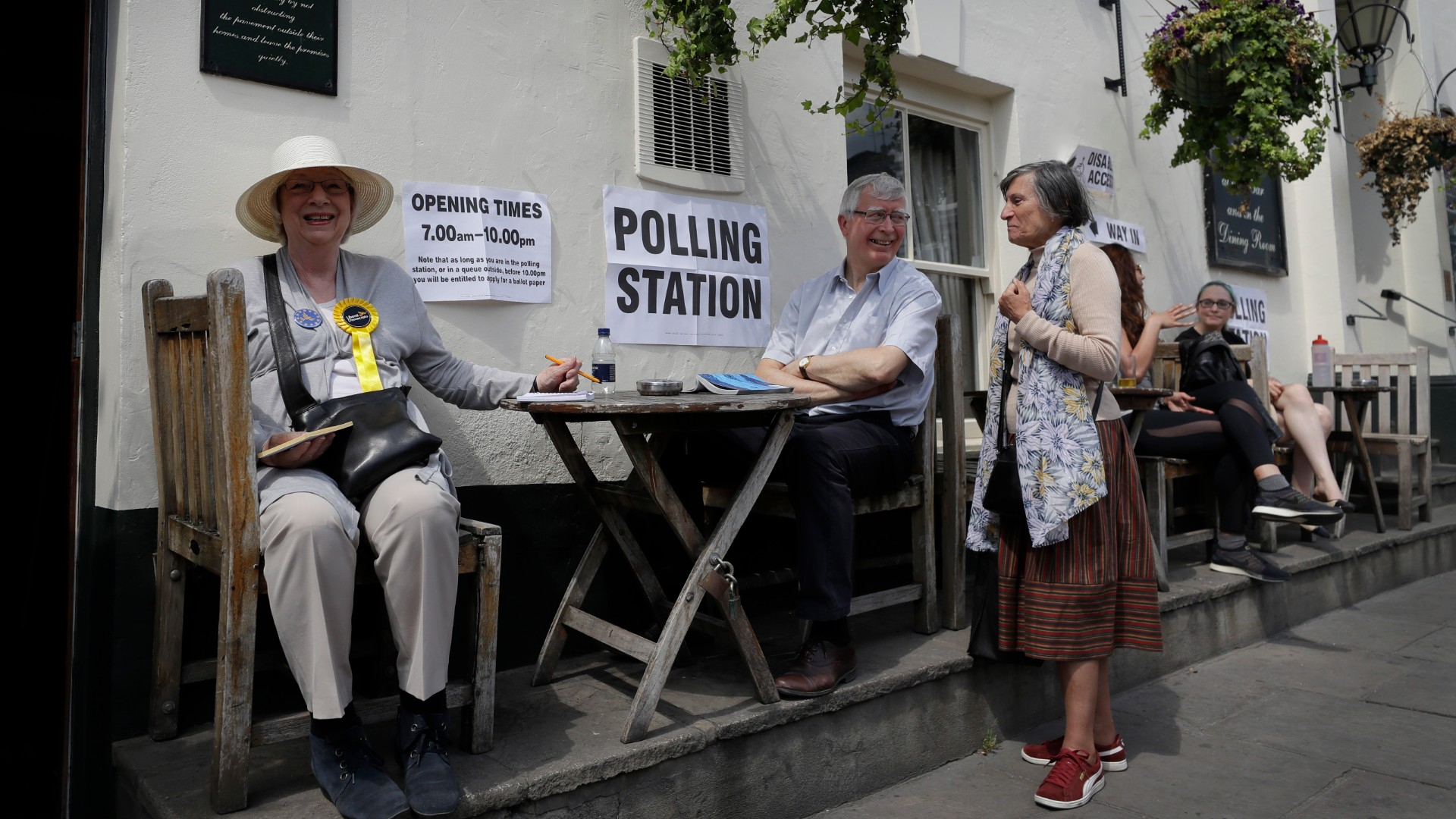 Also known as "swing seats," marginal constituencies are the ones that attract the most campaigning before an election and the most excitement among analysts as the results come in. The campaigning happens because each party will have "target seats" it believes it can win from rivals; the excitement comes because the voting patterns discernible in these crucial areas can be indicative of how the wider election will turn out.

There is no official definition of a marginal seat, but it is usually one in which the previous margin of victory was less than 10 percent. The very close 2017 general election produced 97 marginals that could change hands on a swing of five percent or less, 51 "ultra-marginals" with a majority of two percent or less and 31 "hyper-marginals," resting on a difference on one percent or less. Eight had a majority of less than 50, with the tightest result coming in North East Fife, where the incumbent Scottish National Party held off the Liberal Democrats by just two votes in a 41,822 turnout.

Some say politics is all about money, and you certainly need some to run as a candidate in a UK election. Specifically, £500 ($645), which must be paid by each candidate before his or her nomination papers can be accepted.

It is known as a deposit, because it is returned after the election to any candidate winning 5 percent or more of the votes (until 1985, the threshold was 12.5 percent). It is therefore hugely embarrassing for a major party candidate to lose their deposit.

The idea is to prevent spurious candidacies clogging up the democratic process and, although critics say the cost prevents open democracy – the Electoral Commission has suggested scrapping deposits for general elections. It could be worse: the cost in 1918 was $193, equal to more than $9,000 now. 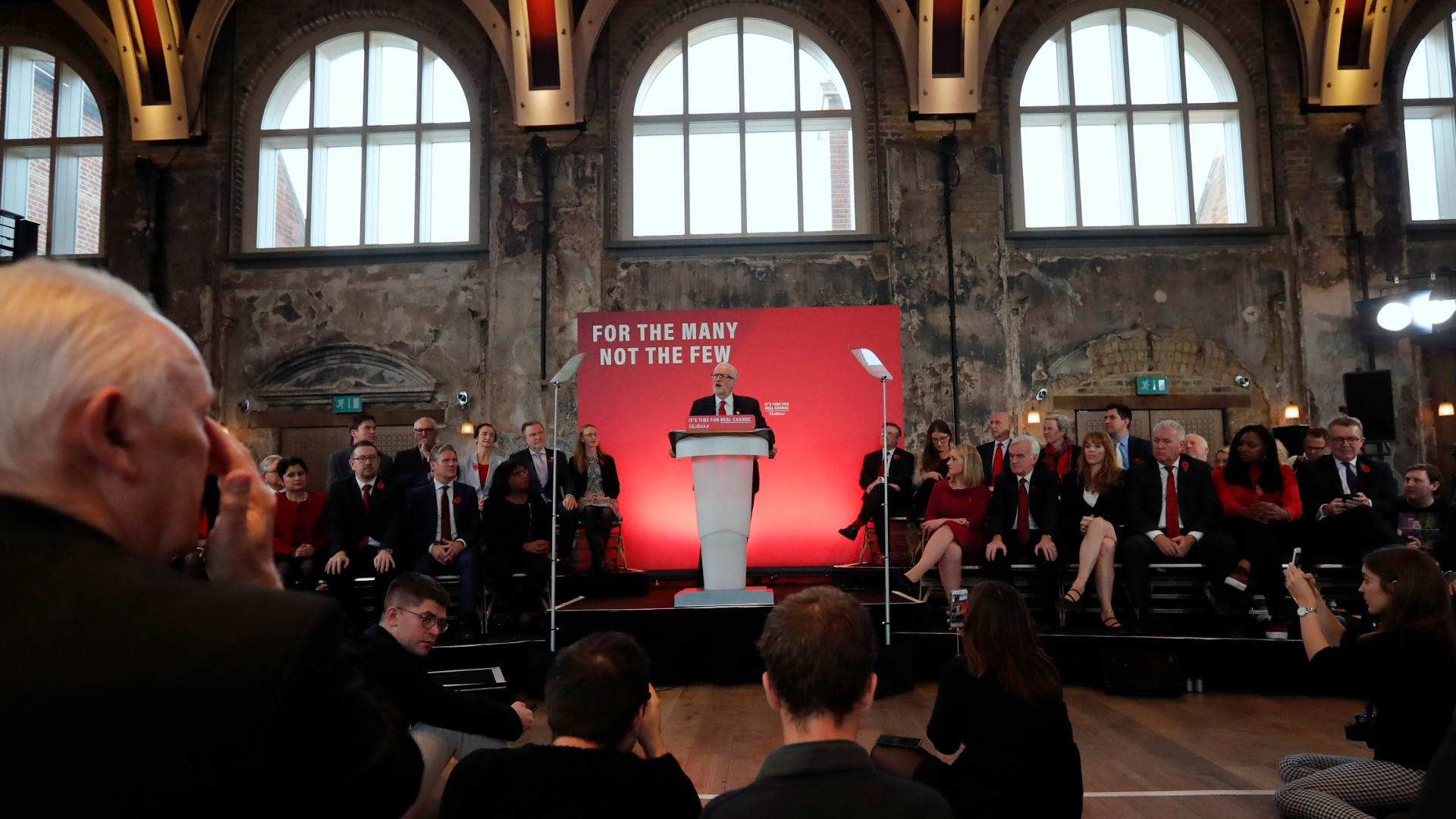 The concept of hustings has had a peculiar journey. It has gone from meaning a king's private assembly, via a medieval appeal court, to a debate-fueled public election – and can now simply mean a set-piece speech on a campaign trail.

The word (which rhymes with dustings) comes from the Old Norse, literally translated as the "house thing," using the Old Norse "thing" meaning "governing assembly": Iceland's parliament is the Althing, Norway's is the Storting, Denmark's the Folketing.

In Britain, by the 1700s it referred to a public platform or raised area from which political candidates would make speeches (and sometimes answer questions) before an election via a show of hands. This was ended by the 1872 introduction of the secret ballot, but "hustings" still refers to politicians' public pronouncements, whether directly in competition with rivals or – more commonly these days – in carefully stage-managed solo outings. 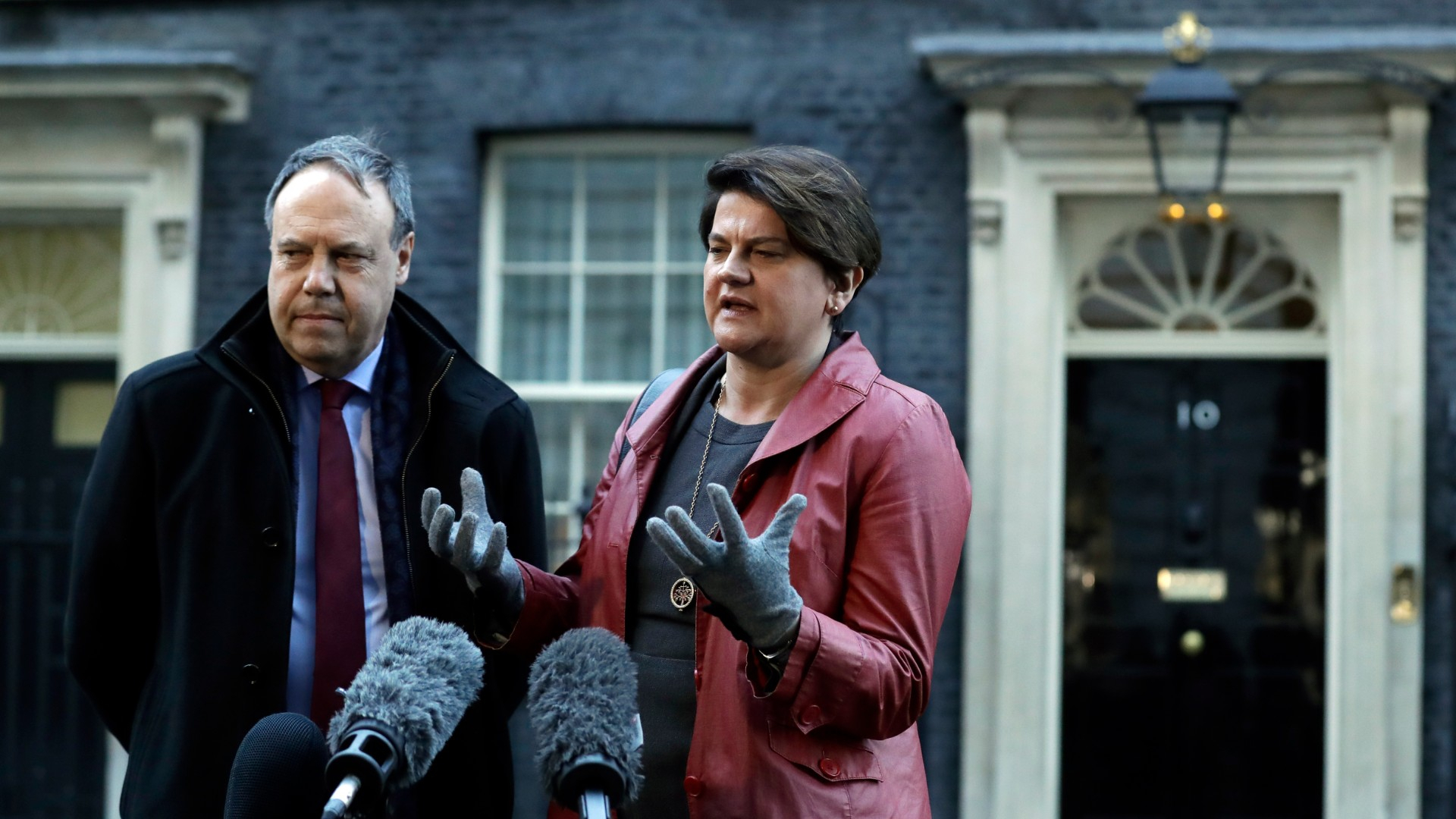 Not every election delivers a winner; when it doesn't, it produces a hung parliament, in which no party has an absolute majority and therefore power. In these cases, the party with the most seats negotiates with other parties to either form a coalition, in which the junior parties will command ministerial roles and a large say in policy-making, or a looser alliance known as a confidence-and-supply arrangement.

The "confidence" is an agreement that the minor party (or even independent MPs, if there are enough of them) will side with the minority government if the opposition attempts to trigger another election via a vote of no confidence. The "supply" refers to budget votes, on matters authorizing government expenditure; if governments (whether majority or minority) are defeated in these, it usually ends in a new election. In all other matters, its members are free not to support the government. In return, the minority party usually seeks policy implementation.

There have been two examples of a minority governments propped up by confidence-and-supply arrangements. In 1977 and 1978, the then Liberal party backed Jim Callaghan's minority Labour government. After her 2017 snap election left the Conservatives without a majority, Theresa May reached agreement with the Democratic Unionist Party.