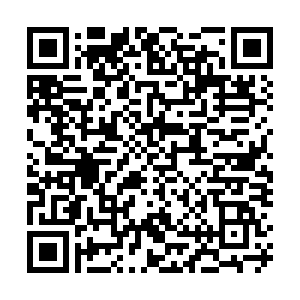 Solar will be the dominant energy source within 20 years - and our chances of avoiding climate catastrophe will be decided less by behavioral change than by the growing efficiency of energy usage. These are among the claims made by the International Energy Agency (IEA) in its annual global industry forecast, the World Energy Outlook (WEO).

The 2019 WEO delineates three future possibilities for global energy usage in the first half of this century.  Under the Current Policies Scenario, energy demand is set to rise 1.3 percent per year until 2040.

The Stated Policies Scenario includes all current intentions and targets that have been announced, and predicts energy demand rising by one percent per year until 2040. Finally, the Sustainable Development Scenario - which the IEA says requires "rapid and widespread changes" - would see energy demand peak before 2040 thanks to a "relentless focus on improving efficiency."

The IEA expects solar to be the primary energy source by 2035 (Credit: IEA)

The IEA expects solar to be the primary energy source by 2035 (Credit: IEA)

Solar on the rise

It's significant that the IEA's projection of solar dominance by 2035 comes not under the Sustainable Development scenario but via the Stated Policies model, and assumes governments successfully achieve their pledges. This model expects solar to supply half the growth while natural gas - largely shale gas, much of it from the US - accounts for another third of it, as oil demand flattens and coal use drops.

The IEA insists the report is not so much a prediction as a model, saying it "analyzes the choices that will shape our energy use, our environment and our wellbeing. It is not, and has never been, a forecast of where the energy world will end up." Even so, the report has come under fire.

"The IEA is again pushing an expansion in the use of gas," said environmental group Global Witness, "when its production and use needs to fall by nearly half over the next decade if the world is to avoid climate breakdown."

"WEO 2019 continues to feature a catastrophic business-as-usual scenario at its center," said Oil Change International's Hannah McKinnon. "Without stepping up and making high ambition the centerpiece, the IEA seems to be confirming they are not fit for purpose in a time of climate emergency."

Others agreed that the predicted pace of change was not sharp enough, but stressed that the IEA had underplayed the possibilities of alternative energy. "The IEA has recognized the importance of the speed of the transition for fossil fuel incumbents, but is still understating the renewables revolution," said Kingsmill Bond, energy strategist at independent non-profit think-tank Carbon Tracker. "Offshore wind technology, in particular, is able to supply all global electricity demand." 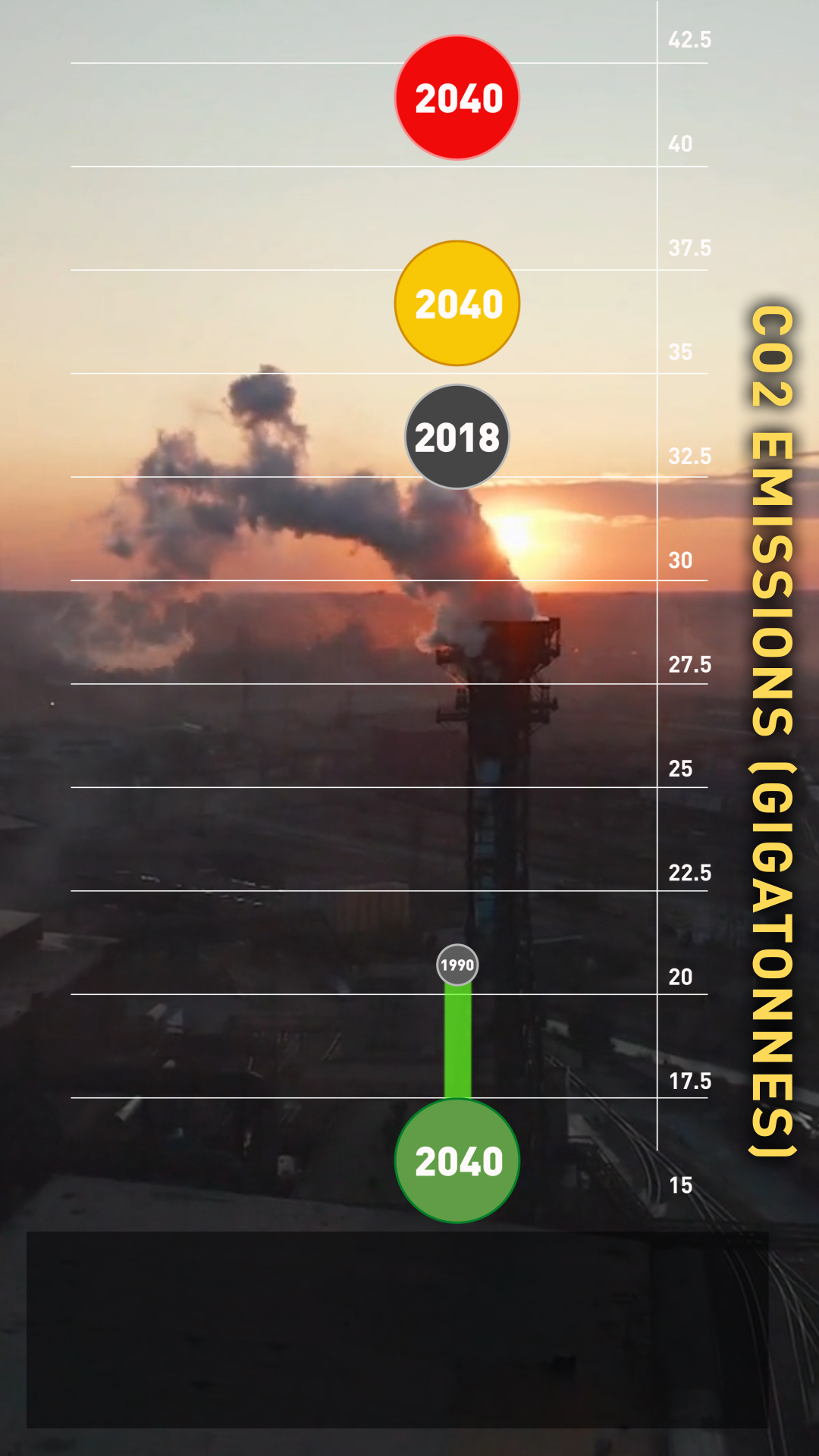 How to change: Banking on efficiency

Even if climate campaigners accuse it of complacency or wrongheadedness, at heart the IEA is appealing for a faster rate of change - chiefly via its ambitious Sustainable Development model, which expects (or rather requires) a significant reduction in CO2 emissions.

In 1990, energy-related CO2 emissions were at 20.4 gigatonnes (Gt) per year. By 2018, this had climbed to 33.2 gigatonnes. Where we are by 2040 depends on what we do next. With current policies, this rise would continue to 41.3 gigatonnes. Under the plans that have already been announced as targets, it would grow to 35.6 gigatonnes. The IEA's sustainable development scenario requires that emissions drop right down to 15.7 gigatonnes, much of it through efficiency savings.

The report acknowledges that "A sharp pick-up in energy efficiency improvements is the element that does the most to bring the world towards the Sustainable Development Scenario." Worryingly, it notes "deep concern" that "efficiency improvements are slowing: the 1.2 percent rate in 2018 is around half the average seen since 2010 and remains far below the 3 percent rate that would be needed."

The report recommends taking "all economically viable opportunities" to increase efficiency, notably in the design, use and recycling of materials like steel, aluminum, cement and plastics - which it calculates "could be enough in itself to halt the growth in emissions from these sectors." The real question is whether such efficiency improvement is likely to be "economically viable." 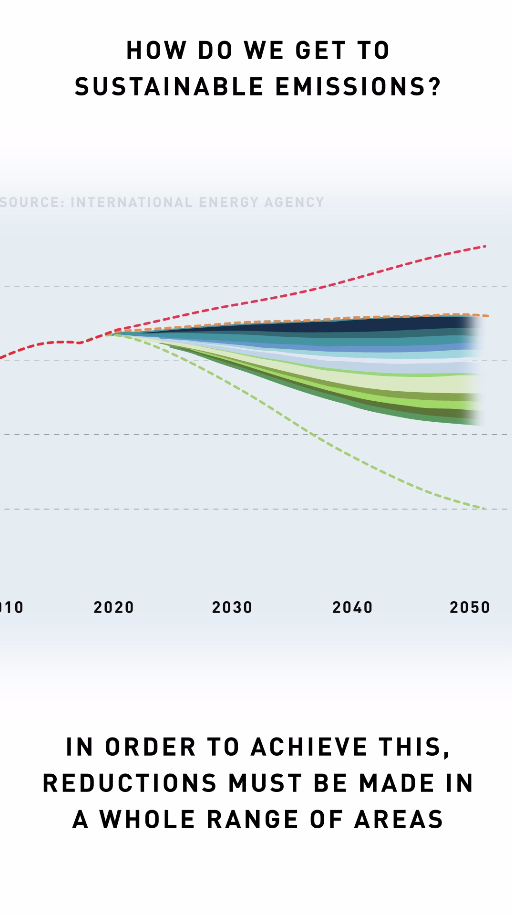 Economic viability can come from several directions. Unless governments tip the balance, whether via punitive measures for non-adoption (which can threaten trade) or positive reinforcements (like tax breaks), in most cases it can be cheaper to stay 'dirty'. Change must come with a push or pull factor - whether it's a multibillion dollar fine for a recalcitrant energy company, or a member of the public not getting their rubbish removed because it isn't sorted for recycling.

The report sees a relatively small effect from what it calls "behavioural change". Much of the public conversation around avoiding climate catastrophe centres on individual attempts to promote recycling, reduce carbon footprints, avoid using wrapping paper on presents and suchlike - but the IEA has little confidence in the cumulative effects of such well-meaning activity.

What the IEA is hoping for, even in its most confident (yet most difficult to achieve) future world, seems less like a tipping point of individual actions and more like what the ancient Greek theater-goers called a deus ex machina - a "god from the machine," a surprise development that happens to resolve the plot. More recently, it has become known as the "science will save us" theory.

However it arrives, a change is certainly needed. The IEA calls for "a grand coalition encompassing governments, investors, companies and everyone else who is committed to tackling climate change." Its success or otherwise will determine our future.