UK election at-a-glance: All about Brexit?
By Alex Hunt 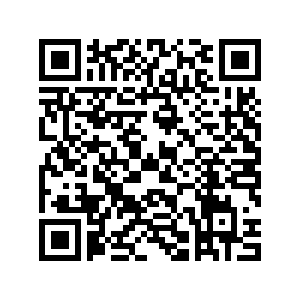 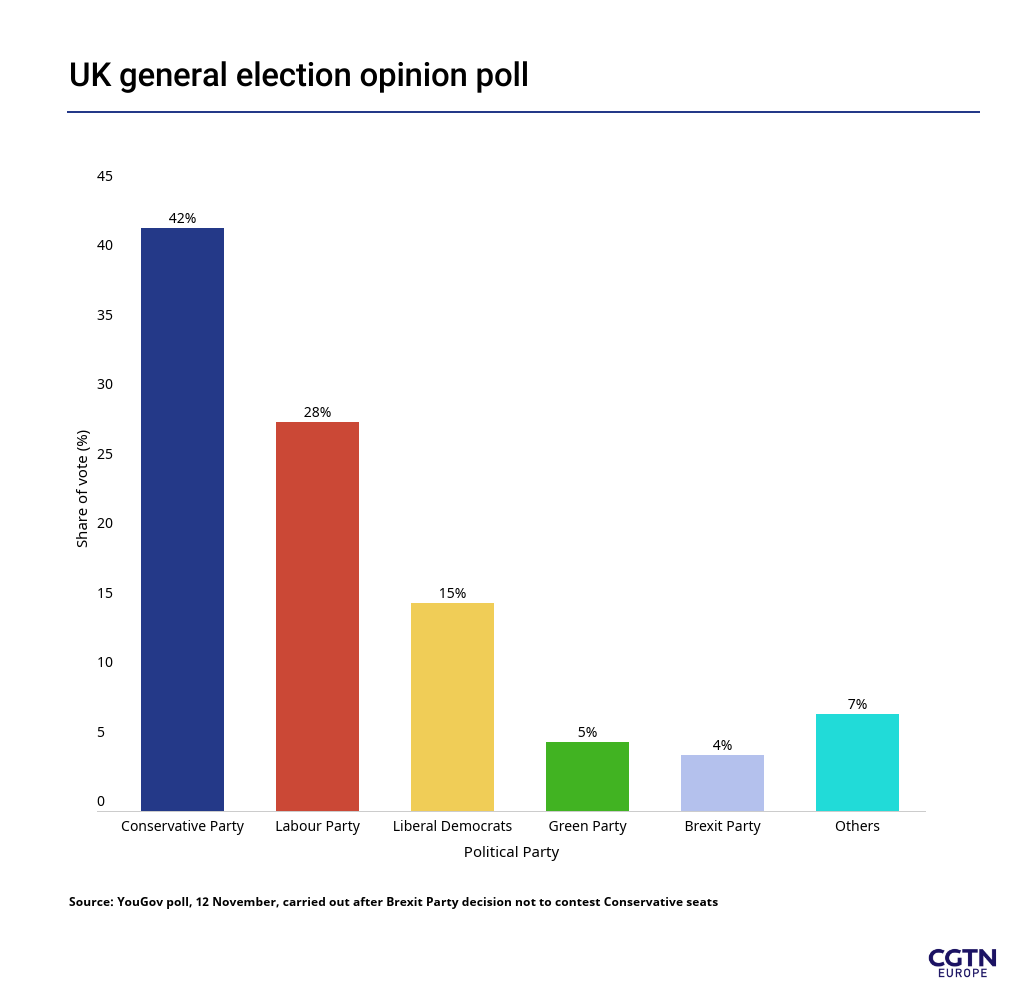 If the voting numbers are like this on general election day, 12 December, Boris Johnson would be returning to Downing Street, with a decent majority - enough to get his Brexit deal done and to see him through a full five-year term.

But two things to remember - the Conservatives had an even bigger poll lead at this stage in the 2017 election, and also there are regional differences not captured in the national survey - the 'others', for instance, includes the Scottish National Party (SNP) which polls at over 40 percent in the 59 Scottish seats it contests.

In pictures: Hitting the campaign trail Is this turning out to be a 'Brexit election'?

Johnson called the election after MPs rejected his plan for speeding into law the Brexit deal negotiated with the European Union. His message, at its basic level, is for people to vote Conservative "to get Brexit done" and then move on to other issues.

The Brexit Party, whose leader Nigel Farage had said he didn't think Johnson's deal was a clean enough break, has now announced it will not put candidates up in places where there is already a Conservative MP, to avoid damaging the chances of Brexit happening.

The Liberal Democrats say that if they are elected they will cancel Brexit. The SNP oppose Brexit too, but would hold a fresh referendum with Remain as an option. The Labour Party says it will negotiate a "jobs-first" Brexit deal with the EU and then put it to a referendum, with Remain as the other alternative for voters.

Labour, in a move seen as trying to avoid alienating either side of the Brexit division, does not say which of those two options it would back in its own referendum.

Given how deep and well-rehearsed people's views on Brexit are, and how it permeates all British politics, it is no surprise to see that Brexit came well clear of other issues - named as a key issue by 68 percent of voters, with health second at 40 percent - in this YouGov survey of what issues are most important to voters.

Johnson and Corbyn were both out and about in Yorkshire this week which has been hit by flooding. It didn't go altogether smoothly for the prime minister with many residents not happy with the help they had received so far.

Government departments in Whitehall have to say neutral (Credit: VCG)

Government departments in Whitehall have to say neutral (Credit: VCG)

Purdah is the word that has generally been used to describe the period ahead of an election where special rules prohibit campaigning by civil servants and government departments, or the publishing of any announcements that could be seen as giving an advantage to one of the parties in the election.

If you think the word itself does not sound English, you would be right. Purdah is a word that in South Asia means "curtain" or "veil" and is associated with the practice of ensuring women's modesty or physical separation from men. Because of its origins the word is being less frequently used than in the past, with some people saying it is a racist and sexist term. Most government departments use 'pre-election period' instead.