Brexit deal in the balance as EU summit looms
CGTN 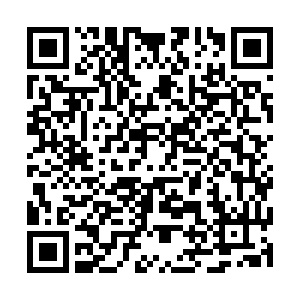 The UK and the EU appeared to be closing in on a Brexit deal on Wednesday night, but there are still doubts about whether Prime Minister Boris Johnson would get the support of his key Northern Irish allies, the Democratic Unionist Party (DUP).

On Wednesday afternoon French President Emmanuel Macron said he wanted to believe a deal would be done which could be discussed at the EU leaders' summit due to start on Thursday.

"I want to believe an agreement is being finalized and that we will be able to endorse it tomorrow," Macron said at a news conference with German Chancellor Angela Merkel in Toulouse.

Merkel said she believed slightly more that a deal was possible. 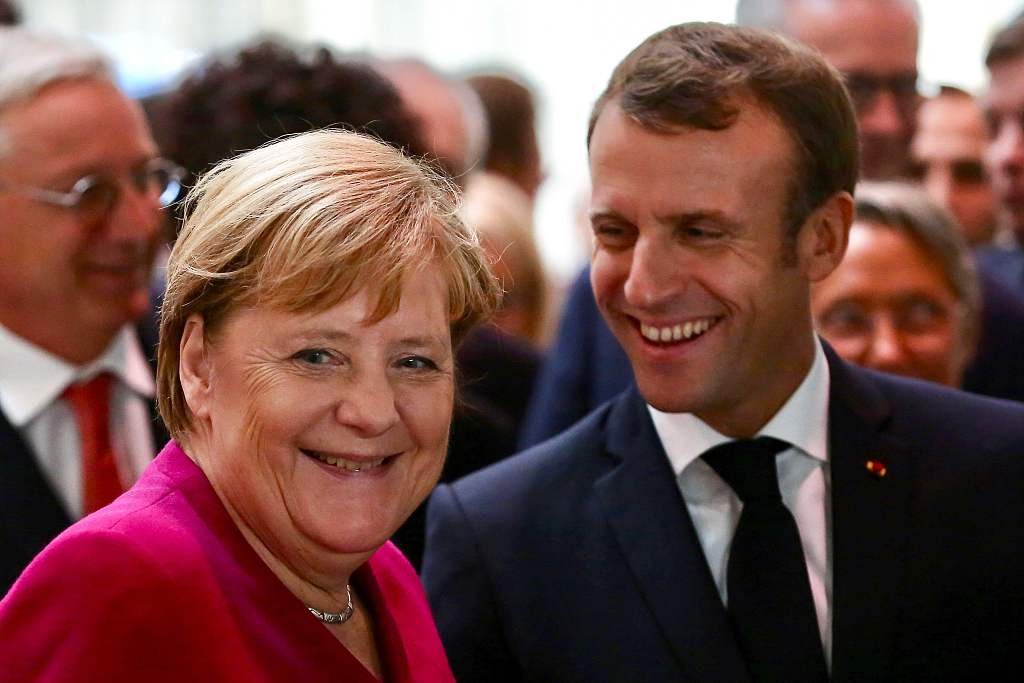 French President Emmanuel Macron (R) and German Chancellor Angela Merkel (L) during a visit of the assembly line of the Airbus A350 in Toulouse, southwestern France, on October 16, 2019. /VCG Photo

French President Emmanuel Macron (R) and German Chancellor Angela Merkel (L) during a visit of the assembly line of the Airbus A350 in Toulouse, southwestern France, on October 16, 2019. /VCG Photo

Earlier, Donald Tusk, president of the European Council, indicated he expected the result of the talks to be made known on Wednesday evening.

"The basic foundations of an agreement are ready and in theory tomorrow (Thursday) we could accept this deal with Great Britain and avoid the chaos and the misfortune linked to an uncontrolled, chaotic exit," said Tusk.

In London, Johnson hosted a cabinet meeting at which ministers were told there was "a chance of securing a good deal but we are not there yet and there remain outstanding issues," a Downing Street spokesman said. 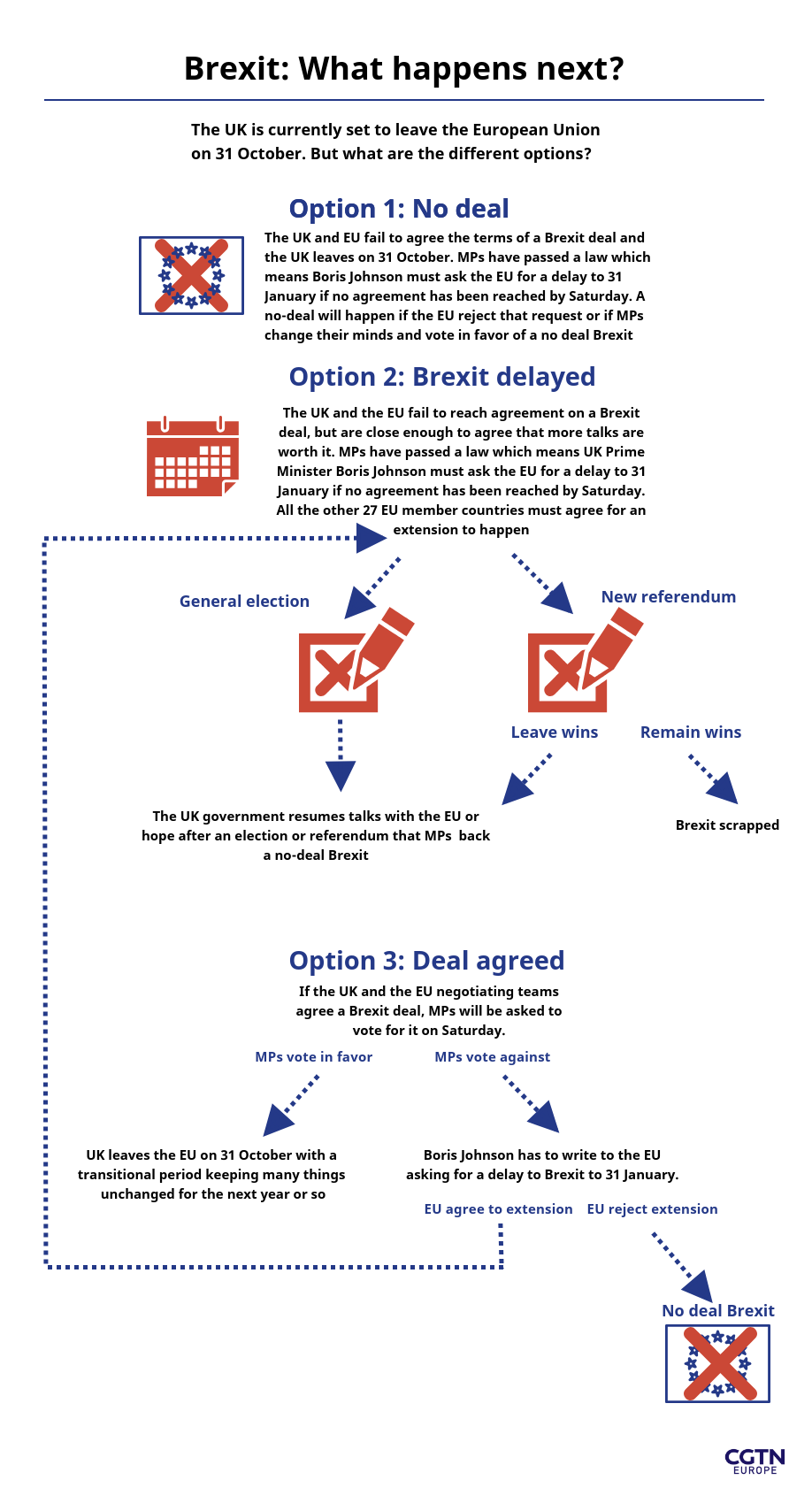 Prospects for a deal have been on a knife's edge as Johnson scrambles to get a deal with the EU 27 in time to meet a deadline set for him this weekend by the British Parliament.

The leadership of the DUP, which has as its core principle maintaining the relationship between Northern Ireland and the rest of the UK, held meetings with Johnson's team in Downing Street on Wednesday. Leader Arlene Forster had earlier dismissed talk of a breakthrough as "nonsense." 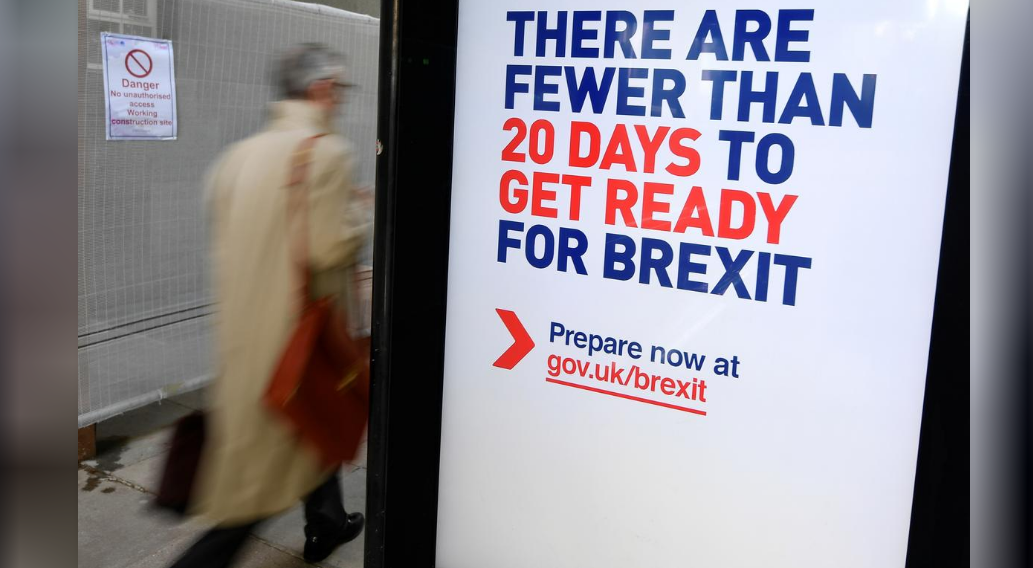 Irish Prime Minister Leo Varadkar told the Irish parliament that last-ditch talks between the European Union and Britain had so far failed to resolve issues standing in the way of an amicable Brexit, with EU sources reporting a "standstill."

He said  if an agreement cannot be reached before the summit, there was still time left to act before the October 31 deadline.

"October 31 is still a few weeks away and there is the possibility of an additional summit before that if we need one [...]Although time is running short, I am confident that (Ireland's) objectives can be met," he said.

Difficulties centered on trade and the status of the Irish border, although the EU's chief Brexit negotiator, Michel Barnier, was quoted as saying he was optimistic about a deal.

The UK is due to leave the European Union on 31 October. Johnson became prime minister with a pledge that this would happen even if there was no deal agreed between the UK and the EU.

However, MPs opposed to a no-deal Brexit have passed a law forcing him to ask the EU for a delay if there is no agreement they can back by October 19.

On Wednesday morning British Brexit Minister Stephen Barclay told UK lawmakers the government would comply with assurances given to a Scottish court that Johnson would write a letter to the EU requesting a Brexit delay if a divorce deal is not reached by the weekend.

Many European officials are pessimistic about the chances of a rapid deal, but no one has ruled it out publicly.

France's European Affairs Minister Amelie de Montchalin said: "Of course it is possible, it has been possible for three years."

A government source has told the BBC there will be "no deal tonight."

More intense talks resumed this week after Britain softened its stance on the customs status of Northern Ireland in order to clinch an accord before the summit.

But a marathon late-night negotiating session in the EU's Brussels headquarters brought them to the eve of the meeting with still some distance to go.