Should I worry about… atmospheric ammonia?
Gary Parkinson 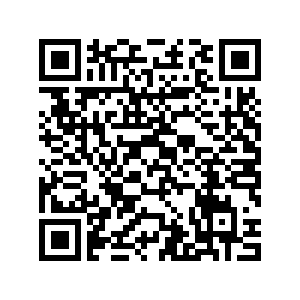 It comes from animal body waste, but it's not just a bad smell: ammonia is a serious atmospheric pollutant - especially when it combines with other airborne irritants. 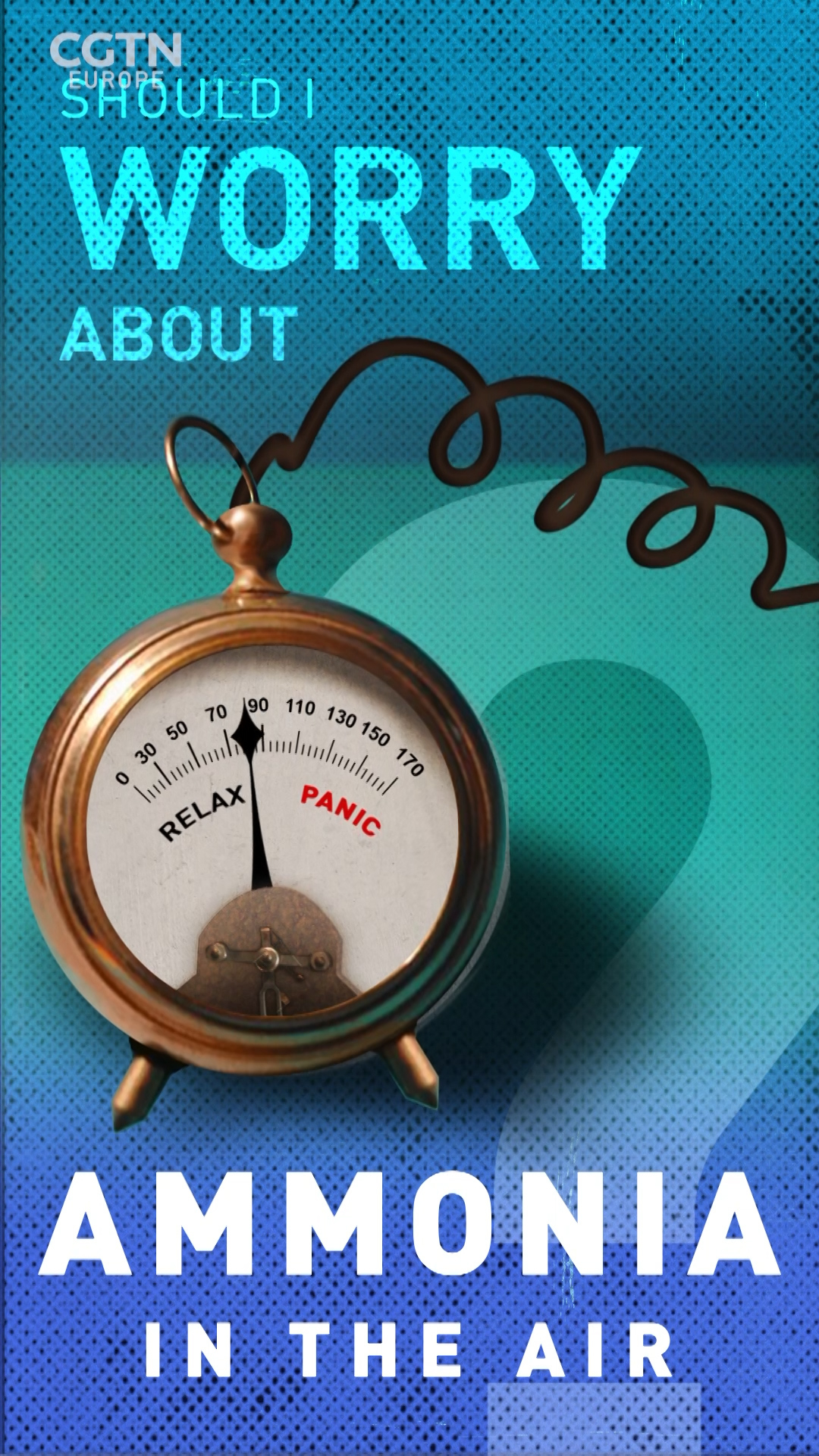 A compound of nitrogen and hydrogen (NH3), ammonia is a colourless gas with a characteristic pungent smell. It's caustic and hazardous, but it's crucially useful for agriculture - as a fertilizer to introduce nitrogen into the soil, frequently by reusing animal dung as slurry (liquid manure). As this is spread, it releases ammonia into the air: more than four-fifths of ammonia emissions come from agriculture.

In 2014, the World Health Organization named air pollution as the world's biggest environmental health risk, linked to seven million deaths a year. Efforts to cut atmospheric pollution have largely concentrated on vehicles and industry, with some success; however, atmospheric ammonia levels are increasing. Ammonia was first detected in the earth's lower atmosphere in late 2016, concentrated above India and China, which have both experienced population and economic booms recently - while UK ammonia emissions rose 3.2 percent from 2015 to 2016.

Death. One researcher estimates 3,000 premature deaths per year could be prevented if ammonia emissions were halved. But the problem is not just the ammonia itself, even if it causes acidification and eutrophication (excessive algae choking oxygen from bodies of water); what's worse is that ammonia reacts with airborne acids like sulfur dioxide, perhaps from local traffic and industry, to form fine particulate matter (PM2.5).

These small particles can penetrate deep into people's lungs, and then on to the bloodstream. They can trigger strokes and heart attacks, can exacerbate existing conditions like asthma, and some studies suggest they can cause DNA mutations. Furthermore, PM2.5 is light enough to travel thousands of miles on the wind. In 2014, atmospheric conditions spread Saharan sand across much of western Europe - but also widely distributed PM2.5: for instance, the London Ambulance Service reported a 15 percent rise in calls from people suffering respiratory problems. 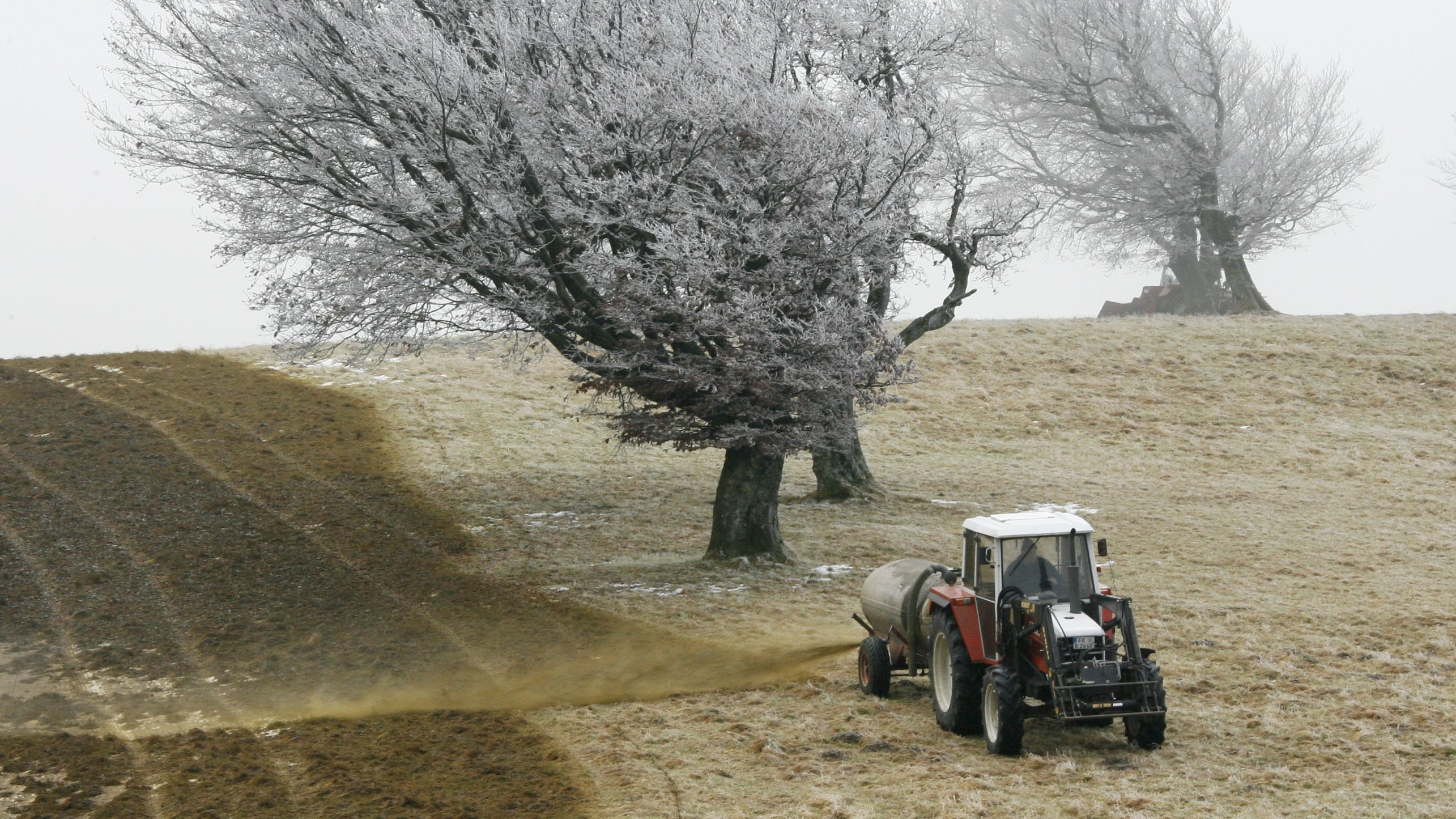 "Fine particulate matter is one of the most damaging pollutants that we know of at the moment," says Andrea Lee of charitable eco-lawyers Client Earth. "We've seen some action against different types of pollutants, but we haven't seen that much in the farming industry. We'd like to see regulation." Vicki Hird, of healthy-farming advocacy Sustain, agrees: "Air pollution is a hidden killer, for humans and wildlife, and increasing ammonia emissions from intensive farming need to be addressed urgently."

Luckily, there are relatively easy ways to cut atmospheric ammonia. Growing trees and hedges around fields - not to mention covering slurry pits - can cut down on ammonia distribution before it mixes with other pollutants. More fundamentally, instead of spraying fields with slurry, modern methods can inject it into the ground. This is more efficient, once the start-up costs are negotiated.

"Farmers don't want the nitrogen going into the air. It's no use to them there – they need it on the crops," says Guy Smith of the National Farmers' Union. "Farmers are keen to improve their environmental performance." The question for governments may be whether to make sure they do so by helping them with targeted grants if they agree to change their methods - or threatening them with fines if they don't. 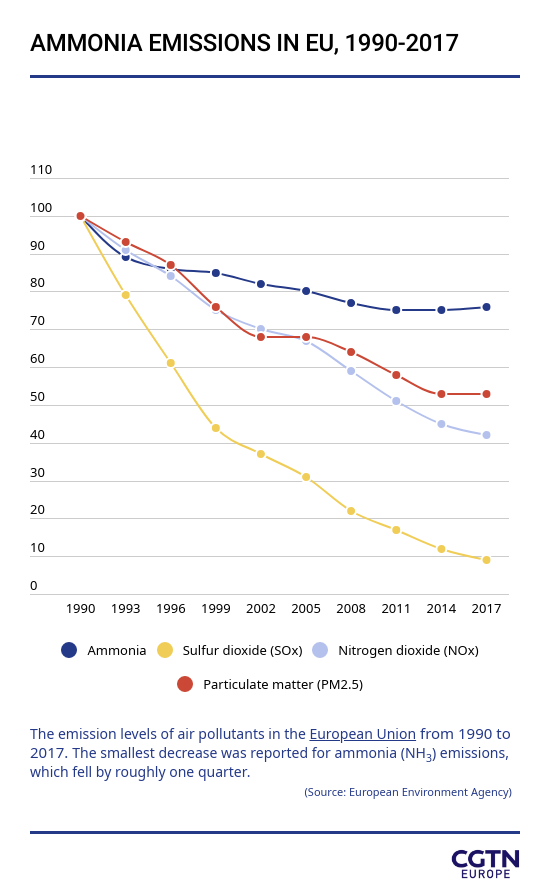