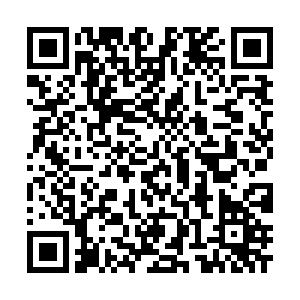 From Brussels to Belfast and London to Limerick, everyone's discussing the plan submitted by Boris Johnson's UK government to deal with the problem of the Irish border. But what exactly is the problem, what's the plan and is it likely to succeed?

If the UK leaves the European Union, there will need to be some sort of border arrangement. As most of the UK's border is sea, issues such as passports and customs would be dealt with at seaports and airports. However, there is a 300-mile land border between Northern Ireland and the Republic of Ireland.

This border was once heavily policed and militarized, but in the two decades since the Good Friday Agreement brought peace to Northern Ireland it has become very porous, with 72 million road vehicle crossings per year, of which around 14 percent are goods. Some properties straddle the border. Many roads cross it several times, as CGTN's Andrew Wilson found during a morning's drive. 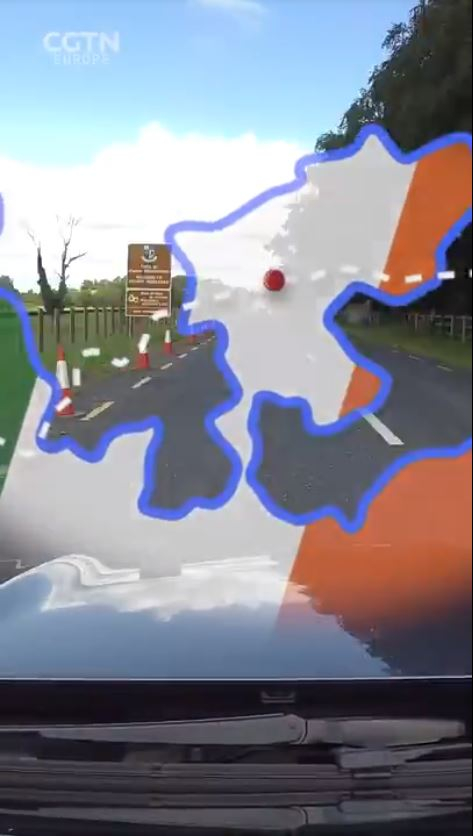 The border is also not just a political idea. Many in Northern Ireland see themselves as British rather than Irish, and have vociferously fought against any notion of Northern Ireland being less than a full part of the UK. Indeed, the Democratic Unionist Party, which has been in a delicate parliamentary deal with the Conservative Party, made it plain that protecting the union was more important than concluding Brexit. Hence its furious opposition to Theresa May's backstop deal.

So what was the backstop?

The backstop was unpopular for two reasons: first, it treated Northern Ireland differently from the rest of the UK; and second, it could not be overhauled without mutual agreement between the EU and UK. 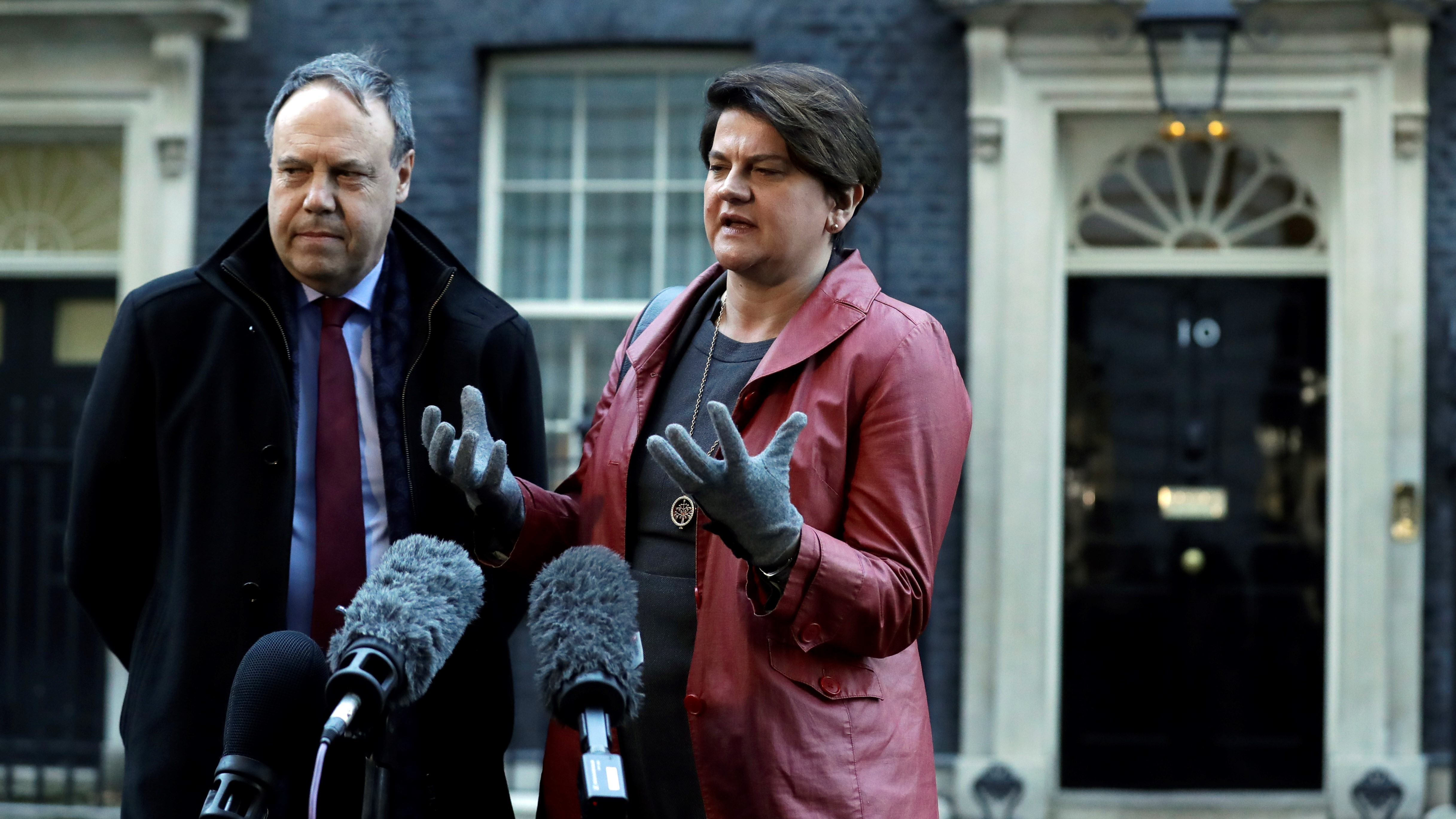 The DUP's leaders made their position clear at 10 Downing Street (Credit: AP/Matt Dunham)

The DUP's leaders made their position clear at 10 Downing Street (Credit: AP/Matt Dunham)

And what are Boris Johnson's proposals?

The UK government's new proposals are:

* Northern Ireland would leave the EU's customs union with the rest of the UK, at the start of 2021.

* Customs checks will be decentralized, with paperwork supplied electronically and only a small number of physical checks, which would take place away from the border itself.

How will that work?

Leaving the EU customs union would mean that vehicles crossing the border between Northern Ireland and the Republic of Ireland would need to complete customs declarations, in order to pay the correct import-tax tariffs when UK goods enter the EU.

The UK has suggested customs posts can be avoided via electronic checks, at "designated locations" away from the border, which could even be at traders' premises. However, in January the EU rejected the idea of a technological solution – and the plan also raises questions about security and smuggling. The government said there could be spot checks on a "very small proportion of movements" – at the moment, about one percent of vehicles are checked.

Another area to iron out is the regulation of goods such as product standards, food safety and agriculture. On this point, the government has suggested Northern Ireland would stick to EU rather than UK regulations, as part of an "all-island regulatory zone," eliminating checks on the Irish border. 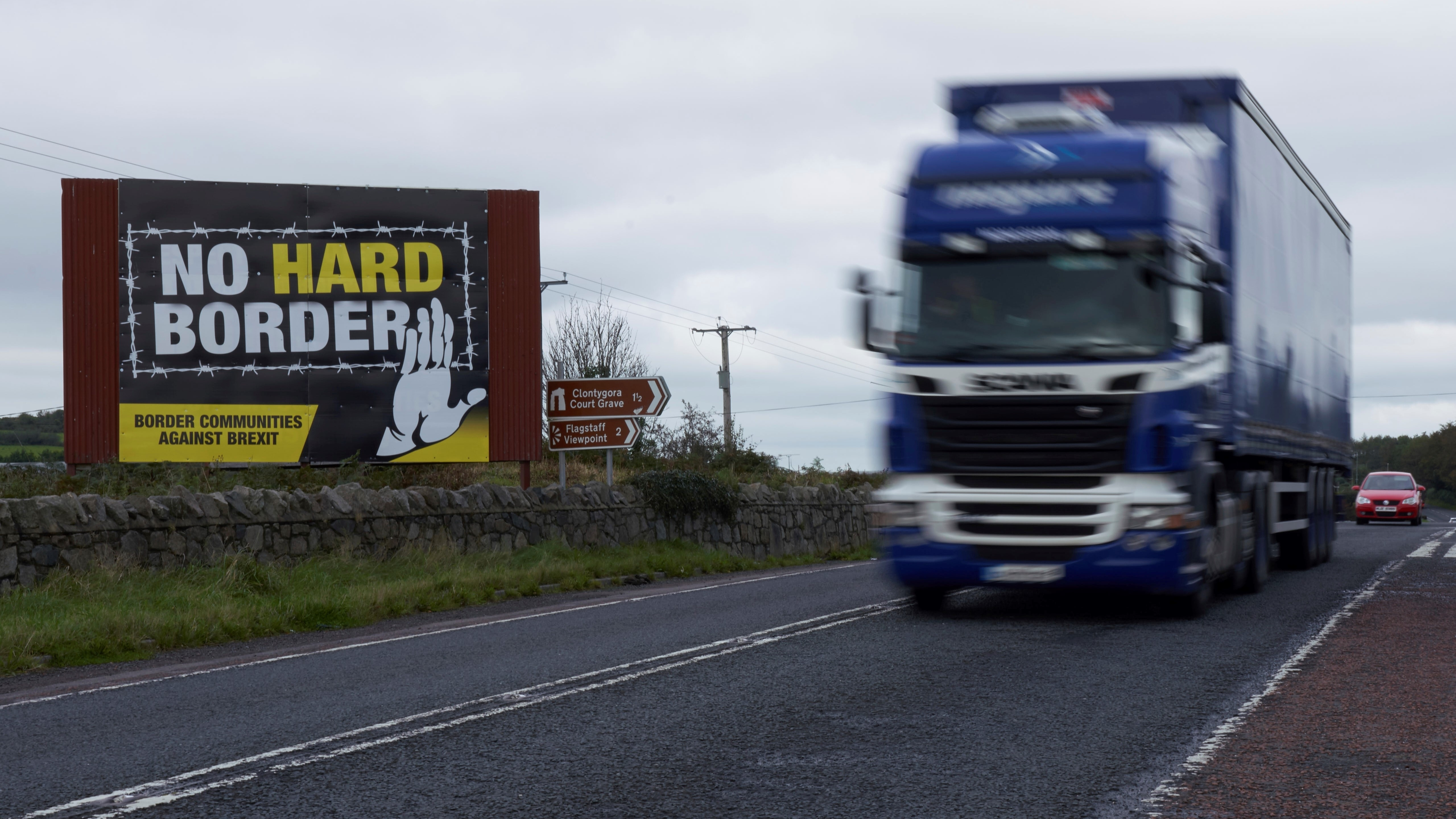 The border is the big problem (Credit: AP/David Keyton)

The border is the big problem (Credit: AP/David Keyton)

Instead, all agricultural, food or animal products entering Northern Ireland from the rest of the UK would have to go through a border inspection at the seaport or airport. To some extent, this already exists: all livestock coming from the UK to Northern Ireland passes through an inspection post at Larne harbor, 20 miles north of Belfast.

Although this seems like a concession from the UK to the EU, it brings its own political problems. The Northern Ireland Assembly at Stormont would have to agree by December 2020 to stay under EU regulations; the problem is that the Assembly, seldom a model of harmonious cross-party agreement, has been suspended since January 2017.

Furthermore, a mechanism called a Petition of Concern, introduced by the 1998 Good Friday Agreement to prevent a simple numerical majority forcing through legislation without cross-party support, requires contentious get a minimum 40 percent backing from each of the major political designations, nationalist and unionist. Petitions of Concern were raised more than 100 times during the Assembly's last five years before suspension, raising claims they were being used to veto legislation – and that the same is likely to happen again, which could effectively lead to a no-deal situation, with the UK and EU obliged to impose a hard border. 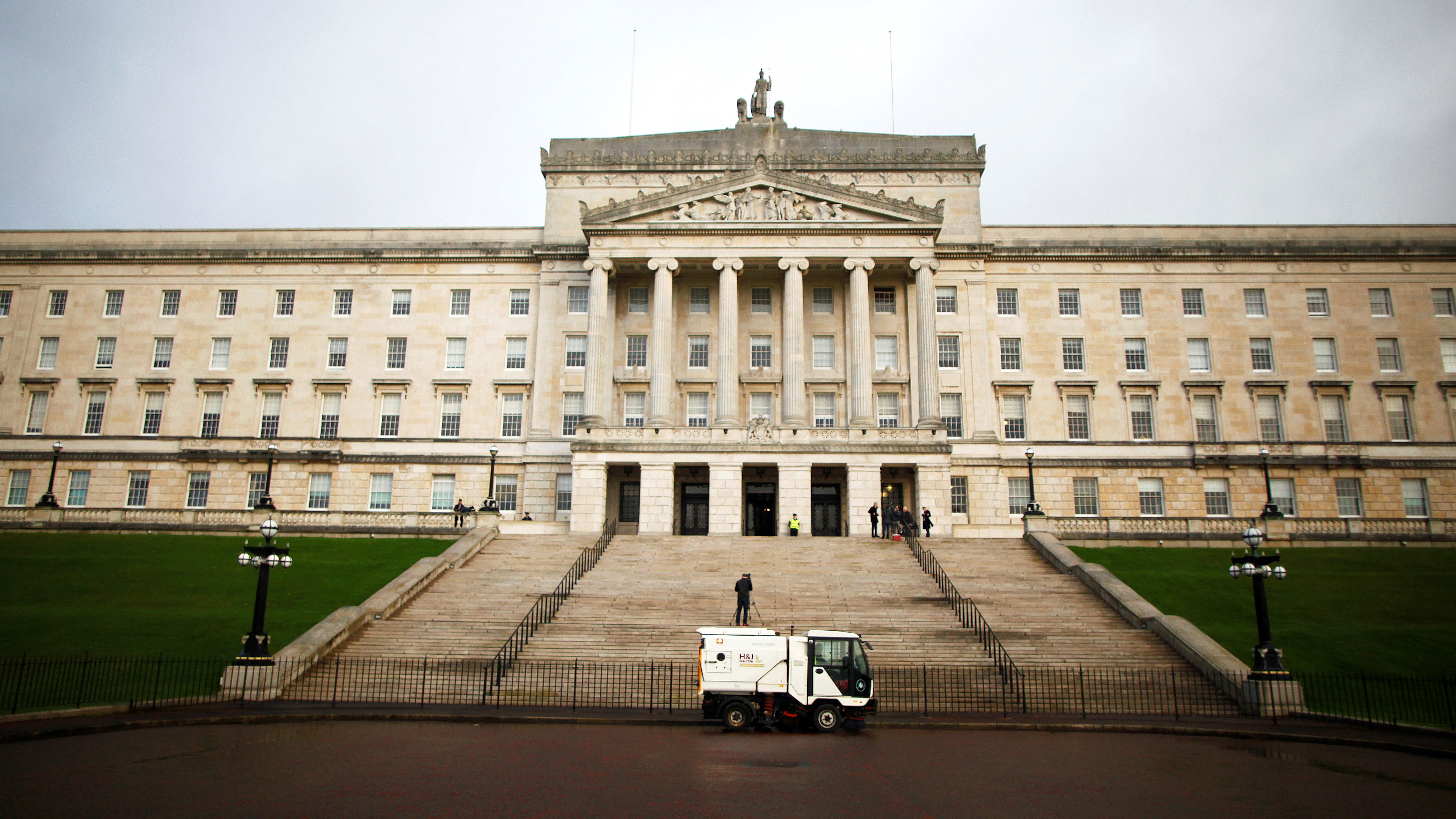 Is it likely to go through?

You wouldn't bet on it. Although most EU figures are keen not to appear confrontational, the mood music isn't good. Boris Johnson submitted his plan to European commission president Jean-Claude Juncker, who told the prime minister there were "problematic points that will need further work in the coming days." Irish deputy prime minister Simon Coveney said: "If that is the final proposal, there will be no deal."

Boris Johnson has said "we have shown great flexibility … If our European neighbors choose not to show a corresponding willingness to reach a deal, then we shall have to leave on 31 October without an agreement and we are ready to do so." Like the roads that crisscross the Irish border, this story has a few changes to go through yet. 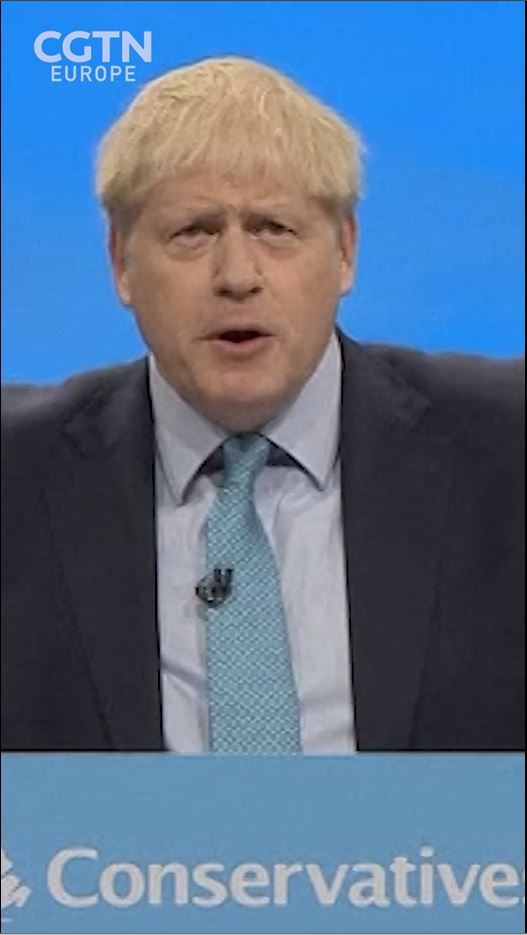