Why is the Queen involved in Boris Johnson's Supreme Court case?
Gary Parkinson 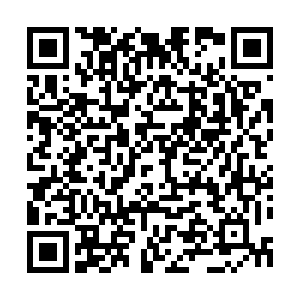 On 30 January 1649 in London's Whitehall, King Charles was executed by beheading. Although the restoration 11 years later returned his son Charles II to the throne, it was in a parliamentary monarchy: ever since, reflecting Parliamentarians' victory in the English Civil War, the sovereign has been the head of state in name only.

No monarch has vetoed an Act of Parliament since 1708 and none has dismissed a prime minister since 1834. Theirs is usually a purely ceremonial role, rubber-stamping the decisions of the government.

On 28 August 2019, Prime Minister Boris Johnson asked Queen Elizabeth II to prorogue (temporarily suspend) the current session of Parliament. The government stated the suspension was to prepare a new legislative agenda, but opponents suggested it was to halt parliamentary debate over Brexit, with the Speaker of the House of Commons calling it a "constitutional outrage." The Court of Session in Edinburgh ruled the suspension illegal, but the High Court in London disagreed, so it has been referred to the Supreme Court for a decision.

Why is the Queen involved in this Supreme Court case?

The Queen suspended Parliament as head of state, but only on the advice and direction of the prime minister as head of government. As CGTN's Andrew Wilson explains: "It's not Buckingham Palace that runs this country, but the Palace of Westminster."

What is the Queen's role in politics?

As with every monarch, it's purely symbolic and certainly not partisan. As sovereign, she is head of state but does not run the government. She opens Parliament with a speech which merely maps out the government's plans. Once Parliament votes through a law, it is taken for royal assent, but this is again a formality – remember, no Act of Parliament has been refused in more than 300 years.

This has become a more contentious point as Boris Johnson has been accused of being disingenuous when seeking royal assent to prorogue. Meanwhile, former prime minister David Cameron's recently released memoirs suggest he tried to use the Queen to influence the September 2014 referendum on Scottish independence.

After three days of hearings, the Supreme Court's 11 justices have retired to consider a verdict on the legality of the prorogation. Firstly, they have to decide whether it is a matter of politics, in which the Supreme Court should not meddle, or a matter of law, in which it should. If it is a legal matter, should they command the prime minister to reconvene Parliament? Their decision is expected early next week.